Why a pussy like T rump won't wear a mask 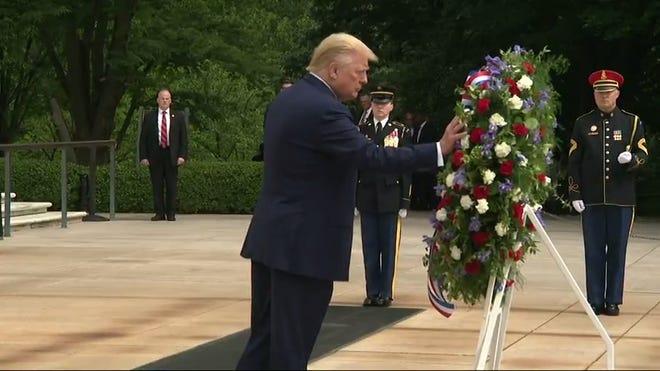 Here is the pussy pretending to magically bless the Wreath for the unknown soldier on Memorial Day. He does this “honor” for our dead soldiers, but dishonors the live ones around him by not wearing a mask, and thus potentially exposing them to a dangerous virus. He does this because he thinks it does not look manly to wear a mask. The creep won’t give us a break from his ugly face, even to honor military men on Memorial Day. His ego can’t handle it. 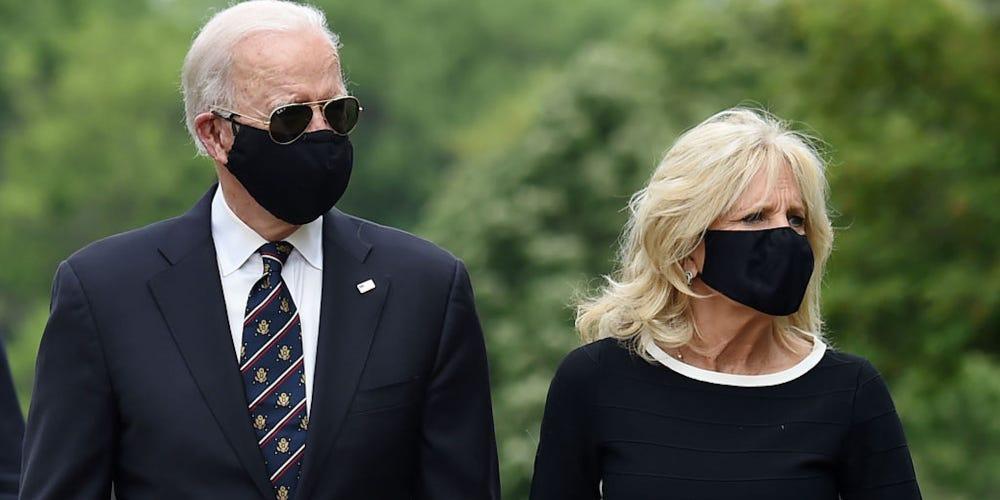 In Contrast, here is Joseph R Biden and the future 1st Lady, having presented their honor for those who have died for our country on Memorial Day. A real man and a real woman who seek to serve their country and honor its heroes.

Whereas, T rump seeks to honor himself and to be served and to be honored himself. He thinks that wearing a mask would get in the way of that. He is pathetic and oh so dangerous. The freaks that still support him are also pathetic and dangerous in these times.

Are the guards pussies for not wearing masks as well?

Yes. They are afraid of T rump. Anyone who is afraid of a pussy is a pussy. Everybody knows that.

In the words of Joseph R Biden when asked about T rump making fun of him for wearing a mask.

Guy, perhaps ‘victims’ would be a more accurate descriptive.

Yes. They are afraid of T rump. Anyone who is afraid of a pussy is a pussy. Everybody knows that.

They don’t have to wear masks because they don’t interact with the public. It has nothing to do with Trump.

For what it’s worth,

I don’t know what you all think, but I truly believe that Trump often falls for his own bullshit, at least consciously. I think he truly believes that if he says something, it is true. So he doesn’t feel the need to wear a mask. But of course it’s a lot harder to fool the subconscious. That’s why everyone around him gets tested 30 damned times a day when ordinary citizens sometimes literally cannot get a test to save their lives.

And then there’s the need to show that the virus isn’t that serious because he is seriously just hoping that it’s going to magically go away. Dealing with stuff is hard. So if it doesn’t affect you, personally, why not just wait for it to go away instead? And come on, with the testing he has going on you wouldn’t feel the need to wear a make either if you were in the White House right now.

Tonight, the t rump will be speaking to a packed together crowd of about 1,000, I think. (At least it is outside.) But it is important to note that the 1st couple of rows (people closest to the t rump) will have been tested for C-19. BUT NONE OF THE REST OF THE CROWD. And there is no requirement for any of them to wear masks.

That seems to be the actions of someone, who knows to protect himself from COVID-19, but could care less about most of his enthralled attendees getting sick.