T rump and the NFL would not allow a PEACEFUL Protest 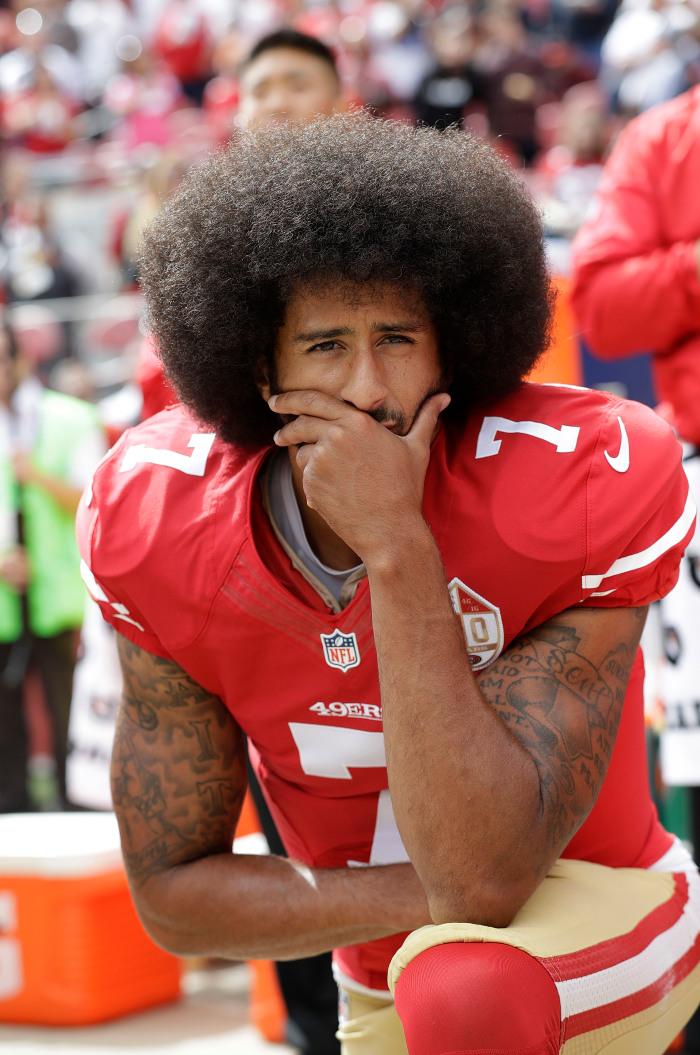 No such peaceful protest allowed in T rump’s America, to oppose the ongoing murders of blacks by the police.

By kneeling during the National Anthem, Kaepernick was deemed to be unpatriotic and unfit to be in the NFL.

The powers-that-be, prevented this peaceful protest of kneeling. But the powers-that-be did not prevent the murder-by-kneeling by a cop on a black man’s neck. And the murderer would have gotten away with it scott-free had it not been video recorded.

That Kaepernick PEACEFUL protest was not allowed. The message did not get out. Now another cop-on-black-man-murder was video recorded. And now the protests are not exclusively peaceful, anymore.

And T rump cowers in the White House, tweeting threats and conspiracies, along with his usual assorted idiocies.

Now he has the opportunity to invoke the Insurrection Act and use our Military to kill protestors.

What super-duper chickens will come home to roost after that?