Time distortion, small portal in my bed? And physical contact!

Hello there paranormal community! So, I’ve been thinking a lot on parallel universe theories lately, especially the last couple days. I’m wondering if what happened the last 2 days are kind of a sign, as I was deep in thought about a PU?

Couple strange and a startling thing happened over the past couple days. I’ve definitely felt an energy change I’ve associated with the recent ingress of a solar minimum. I suspect the extra charged particles could supercharge natural portals, so be on the lookout.

Anyhow, the other night, I saw some shadow figures, and/or refractive distortion. I slept normal, however when I woke I noticed the power had gone out as my alarm clock was blinking. when I went downstairs the stove clock was blinking as well, but it was blinking the same as the actual time, indicating the power downstairs came on at midnight, but the clock upstairs had about a 5 hour and 30 min difference, I did not think to look if it was ahead or behind.

The next night something rather startling happened. Little background, that I did not even connect until last night, I have a cat, he sleeps with me often. But I keep my door closed, so if he doesn’t come up when I go to bed hes locked out. Anyway, sometimes I’ve thought I’ve felt a cat or something a little smaller on the bed a bunch of times while my cat is not there, it feels like they are slowly walking behind me. I can feel the bed moving under the weight of a paw, but when I check its nothing, and it always stops after I check. Well last night, the cat was not with me, I felt what felt like a large rat, or ferret sized animal quickly shake, like it would after grooming, or to dry itself. I heard, and felt the shake, immediately after, I felt it touch the small of my back, strongly, it was very physical. My hand instantly went to the spot to feel and flip the covers off me while simultaneously flipping on the light, absolutely nothing. It left me shook, I did not sleep at all rest of the night into now.
I just took some emf readings of my room and bed. Theres strange hotspots on my bed, the blank areas vary from .9 - 1.1 gauss, and the 3 large spots peak around 1.65-1.75 gauss, and the other spots are in between, varying with size, respectively. no perceived activity at the time of readings. The “thing” touched me, oddly enough, smack dab in the middle of the 3 large anomalies. 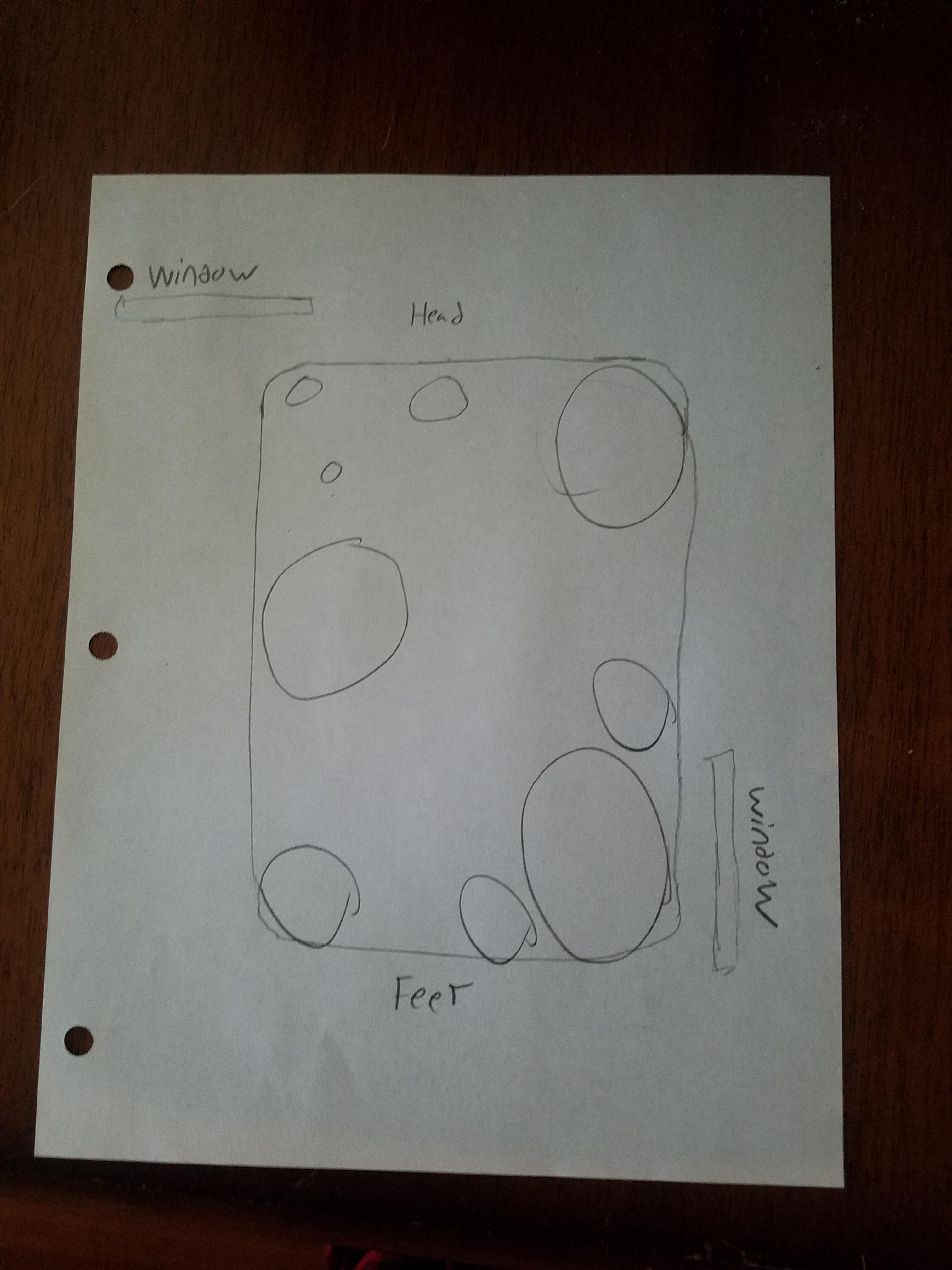