Hmmm. That might work at a ball tournament or group camp situation.

I see there are recipes online for everclear-jello-shots, so it should be pretty easy to use up the rest of the bottle this summer.

Keep the jello shots away from kids.

What is a jello shot?

I think what you call ‘jello’, we call ‘jelly’ (not to be confused with fruit conserves, which we call ‘jam’ or ‘marmalade’, a very specific kind of jam.)

What you call ‘pudding’ we call ‘mousse’ or 'custard". A ‘pudding’ is a very heavy, rich cake, served hot, with cream, ice cream or ‘custard’

It has been said the the US and the UK England are “two nations divided by a common language”. It’s even more so with OZ

“Christmas pudding is a type of pudding traditionally served as part of the Christmas dinner in the UK, Ireland and in other countries where it has been brought by British immigrants. It has its origins in medieval England, and is sometimes known as plum pudding or just “pud”,[1][2] though this can also refer to other kinds of boiled pudding involving dried fruit. Despite the name “plum pudding”, the pudding contains no actual plums due to the pre-Victorian use of the word “plums” as a term for raisins.[3] The pudding is traditionally composed of thirteen ingredients, symbolizing Jesus and the Twelve Apostles,[4][5] including many dried fruits held together by egg and suet, sometimes moistened by treacle or molasses and flavoured with cinnamon, nutmeg, cloves, ginger, and other spices. The pudding is usually aged for a month or more,[6] or even a year; the high alcohol content of the pudding prevents it from spoiling during this time.”

“What is a jello shot?” Behold: 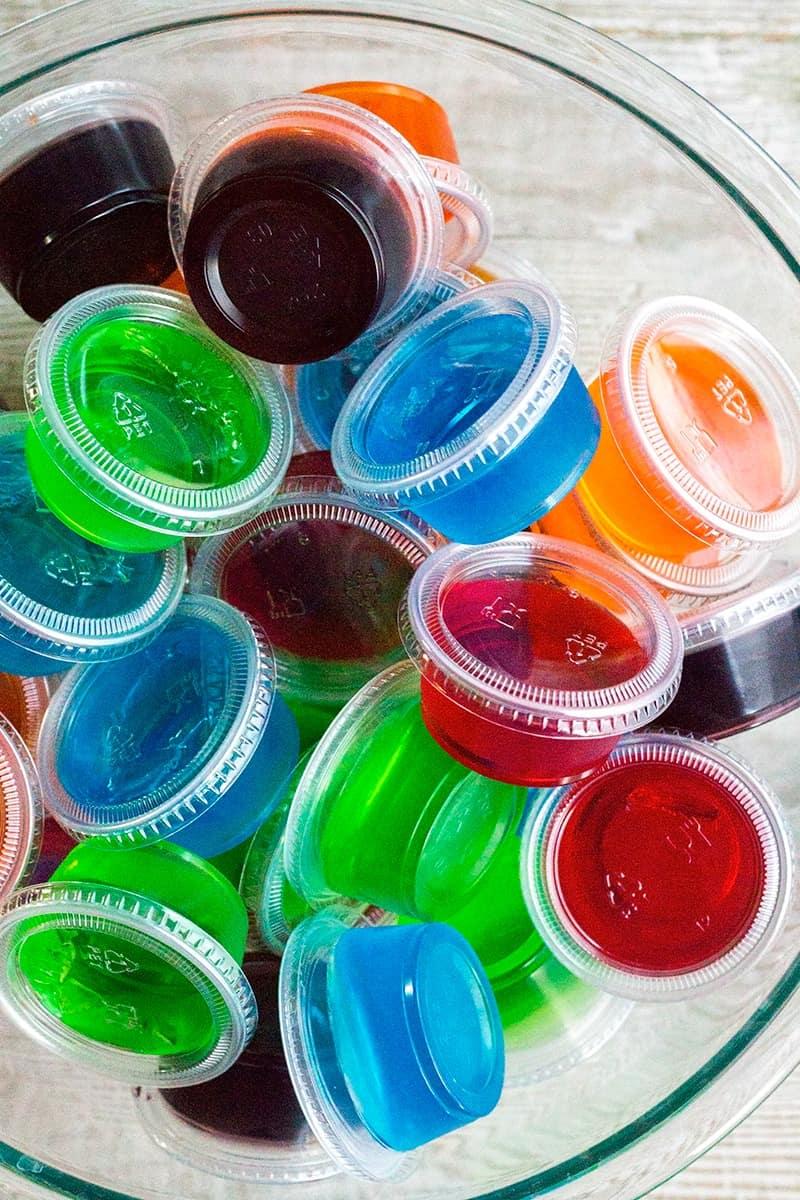 Mkay, at what exactly am I looking? They look like small portions of jelly/jello. Do they contain alcohol, or have I missed the point entirely?

They are small containers of jello that have some alcohol mixed in, before they are refrigerated and jelled. Usually some clear alcohol like vodka. If made correctly you can barely discern the alcohol by taste, but if you have enough, you will discern it by effect. Hence, keep them away from kids.

“They are small containers of jello that have some alcohol mixed in, before they are refrigerated and jelled. Usually some clear alcohol like vodka. If made correctly you can barely discern the alcohol by taste, but if you have enough, you will discern it by effect. Hence, keep them away from kids.”

When my Sis was nursing, I went to a party where there were a lot of nurses.One especially infantile fun lover thought it would be just fracking hilarious to pour a pint of medicinal alcohol* into the non alcoholic punch. Within a couple of hours ,there were some very drunk people. I was one, and failed to see the point. Apparently I was wondering around with a tire lever, wanting to have words with the individual responsible. I passed out before I found it. I always thought it was a young female nurse known as “ground sheet”. Happy days.

*in OZ 'medicinal alcohol ’ is made from grain, and safe to drink, if you are desperate and stupid…