On the lighter side of war, Putin seems to have underestimated the toughness of Ukraines.
Let alone their resourcefulness. As for their sense of humor, awesome!!!

The latest act of Ukrainian bravery: Russian drone downed ‘by a jar of cucumbers’

The incident happened as the forces of President Vladimir Putin surrounded the Ukrainian capital.

But his invasion of the country has been slowed by a spirited defence by Ukrainians, despite being massively outgunned and outnumbered by Russian soldiers.

The report has come from Liubov Tsybulska, an advisor to the Ukranian government, who tweeted about the incident to her 7,600-plus followers.

She posted: “In Kyiv a woman knocked down a Russian drone from a balcony with a jar of cucumbers. How did they expect to occupy this country?”

Russia-Ukraine War: Several videos in the past have shown how the people of Ukraine are gearing up to fight the Russian invasion in their cities. But this li...

A Group of Russian Soldiers in Kharkiv Captured In Elevator After Ukrainians...

A patrol group of 10 Russian soldiers were captured in an elevator by Ukraine territorial defense, claims the Eastern European news website 24 Visegrad. A security camera captured this photo of the soldiers, who look like they've just realized their...

Hey! Maybe she can QB for the Cleveland Browns!!

I don’t believe this, but still they are managing to hold them back as much as possible. I still fear for them. Shoot! I fear for the world because that insane Putin might hit the button. All it takes is 5 Nukes aimed at 5 different places to destroy life as we know it on earth. We won’t even know life if that happens. I fear he is that insane.

I haven’t been paying attention… have the doomsdayers been saying this has been predicted by Nostradamus or something like that yet?

Heavy fighting is continuing across much of Ukraine. In one small rural town, Voznesensk, Ukrainian troops, backed by local people, have seen off an attack by the Russian army. When Russian forces arrived in tanks they were trapped in an ambush that turned into a rout. Ben Brown in Lviv presents BBC News at Ten reporting by Andrew Harding in Voznesensk.

The west can’t understand the Russian war strategy. It’s not the shock and awe of US army flattening whole cities it’s infrastructure and 100, 000s of thousands civilians dead

That is opinion and not fact, @milkthecow. Please stick to fact based evidence and show links supporting it. This is your third warning.

It’s not the shock and awe of US army

You might not be around long enough to answer, but if you try to answer this in a civil manner, maybe you will.

How would you react if a neighboring nation sent tanks into your home?

Assuming that your nation had not attacked that neighbor and was not killing people within your borders. “Self-defense” can be hard to define, so maybe that’s the question, but try to answer without saying something about the US military.

Here’s some insight to the structure of the Russian military

… if you can get past the strategy part about the deaths of high-ranking officers.

This is from your link

“Ukrainian presidential adviser Mykhailo Podolyak on Sunday named six Russian generals who he said had been killed in Ukraine along with dozens of colonels and other officers.”

How would he know? Just like Russians claiming Ukraine deaths - how would they know??

How could USA warn about Putin intentions, being 95% accurate.

Just Intelligence, listening the opponents communications and so.

I haven’t seen evidence that the US has broken the Russian communication code. Do you know if they have? Broken clock is right twice day. US was saying everyday Russia invading since 2014

We know the murderous dictator of Russia will do anything, including using gas and nukes, to have a land bridge between Russia and the illegally gained Crimea. He doesn’t care about the Russian people or any people, unless they are literally kissing his butt and helping him get what he wants. Even then he doesn’t care, because he’d poison them at a drop of a hat.

It seems so Eupra. All wars end but on what terms? It seems like it will be what Russia was pushing for from the beginning so what was the point of the West’s proxy war?

The sovereignty and democracy of Ukraine is now ended, and will remain so for some period of time (50 years? 100 years?).

This is a very bad thing, but I don’t know if that’s going to happen just yet. Ukrainians still have their country and have not given up the fight. They won’t surrender to a murderous dictator either.

I think Ukraine should have agreed to Russia’s demands, and thereby prevented the deadly military invasion that has occurred.

Give into a murderous dictating bully who’s up there with Hitler and Stalin? And what of the people on the eastern side of the Ukraine? They don’t want to be forced into being ruled by the murderous dictator.

All the current heroism of Ukrainians is in vain and pointless. I mean, isn’t it, really?

No it’s not. If you’re being raped are you just going to lie there and be raped? No, you are going to fight back.

I think dying for some idea of “nationalism” is foolish. I mean, isn’t it, really?

It’s not just about “nationalism”. It’s their home, which they are being raped and abused, not just robbed, and they don’t want to be oppressed by a murderous baby killing dictator of the likes of Hitler and Stalin. How many times does that have to be said?

If an armed robber breaks into your house, and you have no firearm, you are wise to surrender and comply with their demands.

Not if the robber is also attempting to rape me. I will fight back and not just lie down and not just lie down, take it, allowing him to have his way with me. This is what is happening to the Ukrainians. They are being pillaged, raped, robbed, and murdered. Fighting back is the only option or they will have to lie there and just take it for as long Russia wants to oppress them.

I haven’t seen evidence that the US has broken the Russian communication code.

Is this something you expect them to be announcing to you?

All the current heroism of Ukrainians is in vain and pointless. I mean, isn’t it, really?

That sort of childish, isn’t it? I mean it’s all pointless.
But if you’re defending your country against an invading army, it seems what people do, they defend their homeland. You say “in vane”

More than 72 hours after the start of the all-out invasion on Feb. 24, Russia has failed to inflict a quick defeat to Ukraine’s armed forces or gain a foothold in any of the country’s key cities. As of Feb. 27, all the biggest cities – Kyiv, Kharkiv,...

The Latest: As many as 15,000 Russian troops killed in fighting, NATO estimates

NATO is estimating that 7,000 to 15,000 Russian soldiers have been killed in a month of fighting in Ukraine.

Of course next madman Putin is going to level the entire country, with super duper weapons, and you’ll be advising us that the entire world needs to give Putin what he want? Is that your idea of a solution?

Beside after this Russia will be in worse shape than ever, but you make it sound like a game. Why? 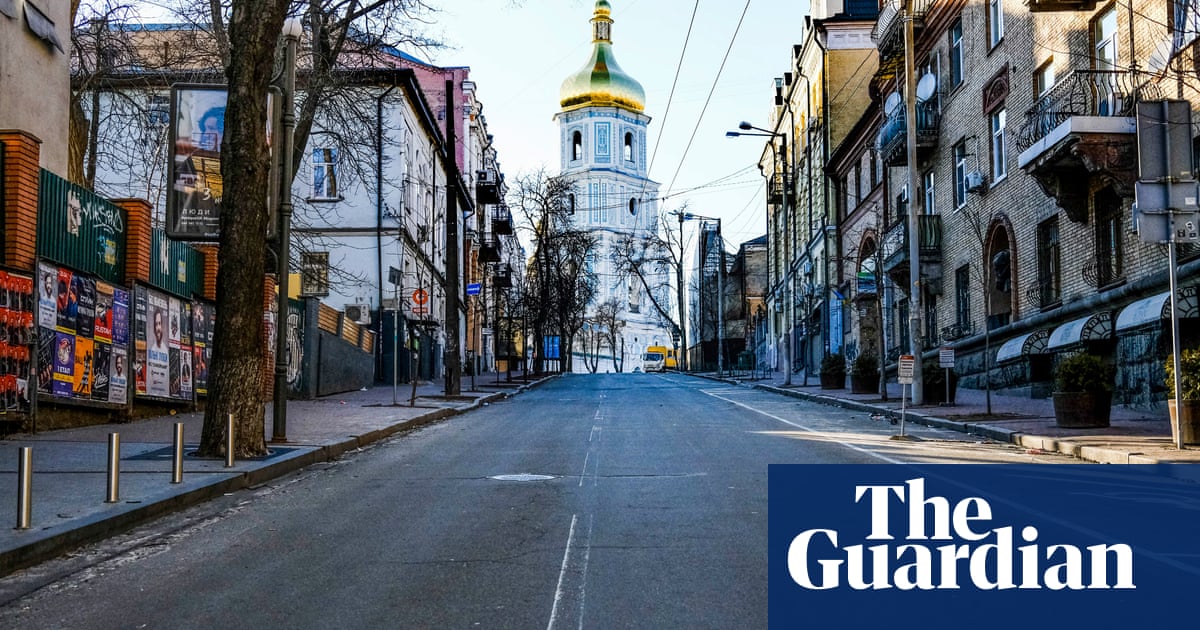 I think dying for some idea of “nationalism” is foolish. I mean, isn’t it, really?

It’s not just about “nationalism”. It’s their home, which they are being raped and abused, not just robbed, and they don’t want to be oppressed by a murderous baby killing dictator of the likes of Hitler and Stalin. How many times does that have to be said?

Does globally interconnected and interdependent society mean anything to you? How about cascading consequences?

If an armed robber breaks into your house, and you have no firearm, you are wise to surrender and comply with their demands.

Armed robbers will come, take items they want and leave. Putin wants Ukraine and intends to stay there.