Is an Impeachment Inquiry the same as a lynching? 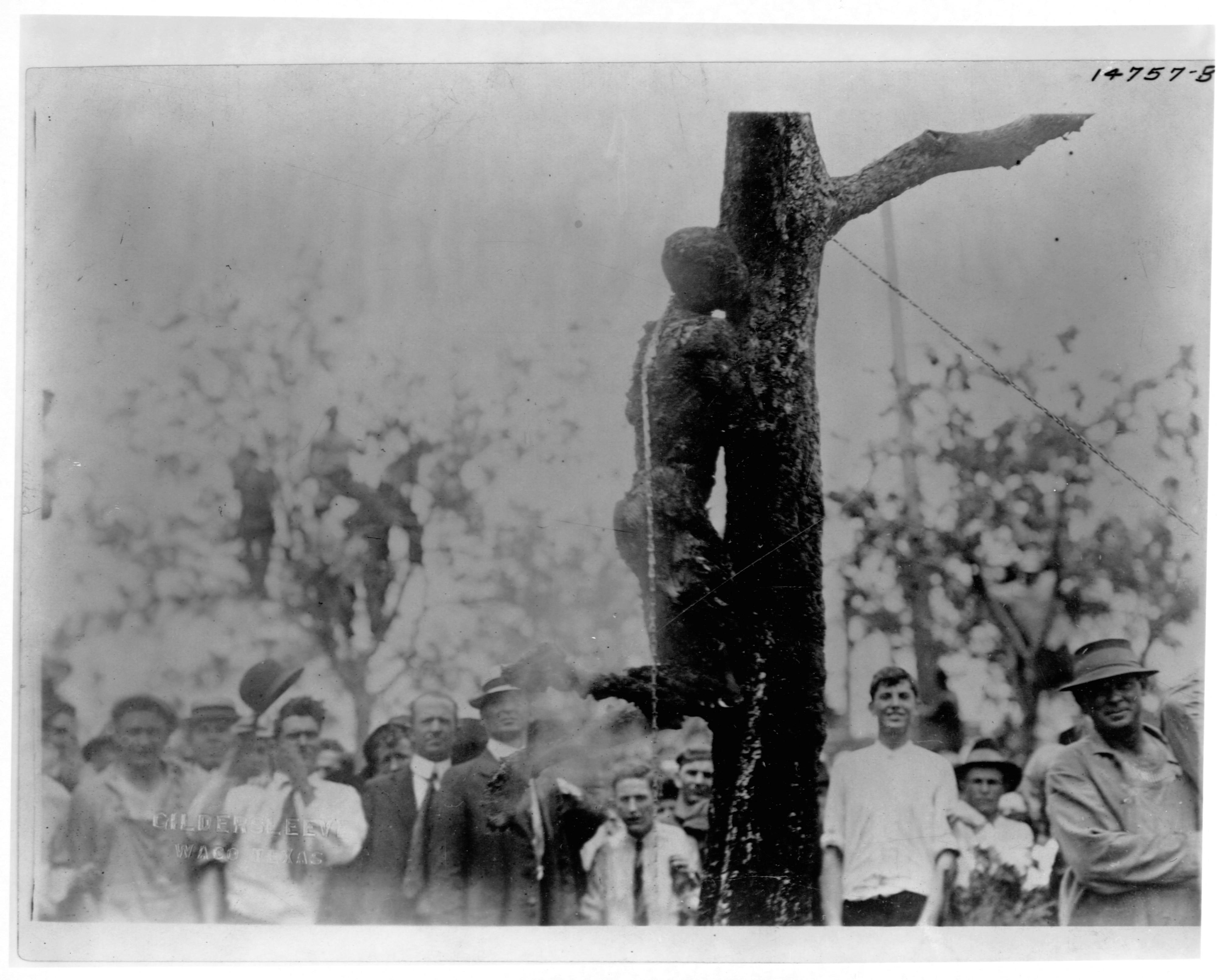 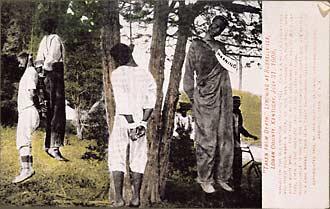 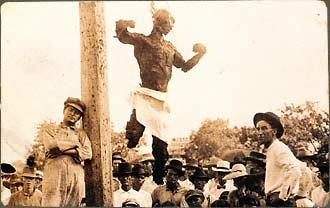 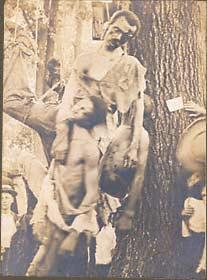 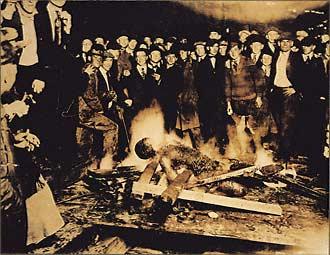 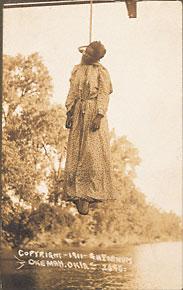 Just put yourself in the place of these victims as they were being lynched. Empathize. Now you see what our poor whiny little bitch POTUS feels he is going thru by being harangued by the Constitutional process of Impeachment.

I can’t stand the way most regular Republicans talk. Don’t even get me started on this dumbass.

You mean when they talk like members of the Alt-Right/White Nationalists?

IS AN IMPEACHMENT INQUIRY THE SAME AS A LYNCHING?

Totally the same. Absolutely. I don’t blame Mr Trump for being so upset. It’s amazing how patient and mature he is taking all this horrible abuse for doing nothing more than just loving his country. He has sacrificed all he has for it. God bless him.

BTW, of course the Right is posting examples of Biden and other Dems using the same language. And they have. But as usual, the Trump fans have to dig back years or decades to find these examples.

Do these tweets mention that Republicans used secure private rooms for hearings on Benghazi? Just like Democrats are using now for Impeachment witnesses. Probably not.

No, I had forgotten about those “people”. But hey, thanks for reminding me. My mood was entirely too “I don’t hate people that much”.

We are not in a post racist society, but we have become, politically and socially, more in tune with racial sensitivities, in the past 10 years.

It’s time to face the truth of the injustices against minorities that were more severe, in most ways, in the past, but many of which continue to this day.

Hey, have you noticed the Republicans have stopped saying, “Racism is over! It’s reverse racism that’s the problem now!”? Once Trump did the whole “both sides” thing they were all like, “Whoa, shit. Maybe we better just not talk about it for a while, guys.”

Do these tweets mention that Republicans used secure private rooms for hearings on Benghazi? Just like Democrats are using now for Impeachment witnesses. Probably not.

What terrifying is that the Republicans are starting to resemble the mobs doing the lynching more than anything else American.

This part of the Impeachment process is analogous to the grand jury phase of a criminal investigation. The Mob doesn’t have a right to impede closed grand jury proceedings. But it would be advantageous for them if they could do that and get away with it.

The current closed Impeachment Inquiry hearing is bi-partisan. So that is already like the Mob having almost half of the grand jury being people friendly to them. But that is not sufficient for T rump. He has called for his Repubs to defend him aggressively. As more and more T rump damning evidence comes out in the inquiry, T rump forces become more radical.

CC, thanks for the classic song of the strange fruit borne by the trees used by the lynch mobs.

I heard a rumor that T rump tweeted the “lynching” remark just before Bill B Taylor’s testimony to the special Congressional committee, supposedly to distract from what Bill (top diplomat to Ukraine) would be saying.

“In August and September of this year, I became increasingly concerned that our relationship with Ukraine was being fundamentally undermined by an irregular informal channel of U.S. policy-making and by the withholding of vital security assistance for domestic political reasons"

That last phrase alone embodies “quid pro quo”. But that was just the start. He had a opening statement that was 15 pages. He had contemporary personal notes. He is the kind of witness that is a prosecuting attorneys wet dream. Bill B. Taylor is a consummate witness, so the T rumpers will, now, deceitfully endeavor to trash his good name. What else can they do to protect our crime boss POTUS?

(Also, spoiler alert: T rump was behind the secret group that he had helping to do the quid pro quo-ing in Ukraine.)

It's only a contradiction if there was a shred of evidence that Biden was involved in anything. I pointed that out, and he said this:

The post was a propositional conceptual argument addressing the fundamental reasoning every politician, bureaucrat, and commentator "journalist" are basing their pro-impeachment desire upon. You just agreed with my argument against their reasoning. To be sure, you went on to make a predicate argument presenting conditions to determine when investigation of Ukraine, with Ukraine's help, is justified. But to even get to that argument, one must agree with the proposition that there is nothing inherently wrong with Ukraine's assistance in investigation of possible Ukraine involvement with U.S. politics.

So, thank you. Even though I’m pretty sure you didn’t mean to agree.

So your primo, says there would be nothing (inherently) wrong with getting Ukraine to help investigate Ukraine’s possible involvement with US politics. But it is patently unethical (maybe also illegal if it turns out to be obstruction of justice) to seek out conspiracy theories and debunked accusations specifically toward T rump’s political adversaries in the upcoming election, for the purpose of deflecting attention from T rump’s crime.

But for argument’s sake, if it is only an unethical tactic, that is a side issue. Because there will be no serious true evidence found, because it is only a manufactured issue for the purpose of Stonewalling and otherwise undermining the actual Impeachment investigation.

But now he will try to say, since we have admitted the possibility that it is “okay” in some circumstances, then it is also “okay” that T rump organized a shadow group to help him put the squeeze on the President of Ukraine to get him to investigate T rump’s political adversaries. And that controlling the Ukraine President was accomplished by withholding the military assistance Ukraine needs to, hopefully, avoid being taken over by Russia.

Nope that is illegal. T rump should be impeached for that. He should also be removed from office, because he has shown that he will continue to break laws that he gets away with breaking.

Coming up with painfully jury rigged legalese rationalizations, and stonewalling, and deflecting attention from his crimes, will not change the fact that T rump is guilty.

Here’s what I’m planning on sending him to explain why there is no “contradiction”.

Biden in 2016, representing our government, backed by Congress and in agreement with other countries around the world, told President Poroshenko that we would not support them if they did not take a tougher stance on investigating corruption in their own country. This is the kind of deal that governments make all the time. We were able to make such deals because we had the evidence that corruption was occurring.

Trump told Zelensky he wanted a favor, he wanted him to investigate corruption in his country. Trump did not have evidence for this corruption and still does not, despite him having the US government at his command to find it. Other countries want us to support Ukraine in maintaining their sovereignty. Trump did not have the support of Congress to withhold aid, he was acting in opposition to the wishes of Congress in doing so. Trump wants other people to appear to be acting with good intentions on their own volition, so he can then claim he is supporting them. He tried to use taxpayer supported funds to coerce Zelensky to that action.

In the T rump (and Bill Bahr) administration, the process of investigating possible crimes is as such:

First, Trump decides on what wrong doings that he wants to be true about his adversaries. (Typically, this is developed by T rump projecting some thing bad that he does onto them. And by finding previously obscure unfounded malicious conspiracy theories that might support what he wants to believe.)

Next T rump spreads the word that “some people say - (that so and so did these bad things)”.

Eventually, he gets his Injustice Department to begin investigations that will come up with something, anything, that can be convoluted so that it seems to support what T rump wants to be true about his adversaries.

Now my cousin says he’s using conceptual rationalization. I don’t know what that is but he seems to think it means he doesn’t need facts.

Rationalization is a bit of an oxymoron, in that it is NOT rational, in the following aspect. Rationalization starts with a selected “side” and then comes up with arguments to support that position. Whereas, in being rational, one would initially be neutral as to sides, and then decide by the use of evidence gathered, to pick a side.

I also do not know what adding the moderating word “conceptual” means when it is used with the word “rationalization”. But maybe it is an attempt to make “rationalization” sound like something more acceptable than what it is: a defense mechanism that is used to support a position that they do not have sufficient actual evidence for.

He’s definitely on the defensive and clearly rationalizing. But it’s not clear what he thinks that word means.