I guess I have been abducted?

OK, back when I was a teenager, 16 or 17 (I am 45 now) I had this weird encounter, and did not know if I was awake or sleeping, and if it was a dream. So what happened is that I was hanging out with friends and got a bit nauseous (turned out later friend had an exhaust leak, and I had thought it was his cologne that was making me ill). Anyhow, it was about midnight in Elk Grove, CA and rather than take a late dip in the pool at my friends house with all the rest of our group who had been hanging out pretty much every day of the summer. I was on my way home when there was a light off in the distance. I live in the boonies so I thought it was just someone with a truck in the field with a spotlight, or maybe even the sheriff looking for someone. It slowly got closer to me before realizing it was off the ground. I was the only vehicle on the road (again, boonies) and all of a sudden I felt very light headed so I drove my car onto a dirt road with a house at the end but the gate was locked so I had to go by foot. I started trying to run but I kept falling down like I was drunk. Side to side swaying as this light gets closer and then the last fall I had I puked… That was it. That was all I remember. I wake up at home in my driveway and mom was out to get the paper and knocked on my window. I had never thought anything of it and just thought I fell asleep in my car. Fast forward about 10 years and I start having all these weird episodes where I would black out and just wake up in bed. Every time this would happen I would wake up in bed. It only happened though when I was at home. I had never had dreams like this and have never had blackouts. This would continue for another 7-10 years until I was about 35. About 10 years ago (35 y/o in 2009) my sister got me “zen magnets” for xmas. I was playing with them and noticed someone in my hand attracted the magnets. I ran a string of them over my hand and I felt something become dislodged. Ever since then I have never had a blackout. So basically I just put two and two together. It’s actually still under my skin in my hand to this day! I have pictures with those zen magnets.

In case someone asks, I haven’t had it removed because I don’t like Doctors. I HATE needles. I was going to try to do it myself but all I managed to do was cut my skin. I guess it was under the layer of muscle in my hand. Has someone had something similar happen to them? I don’t remember anything and I never saw an alien or a ship but I had these weird blackouts and didn’t know if it was dream or real. 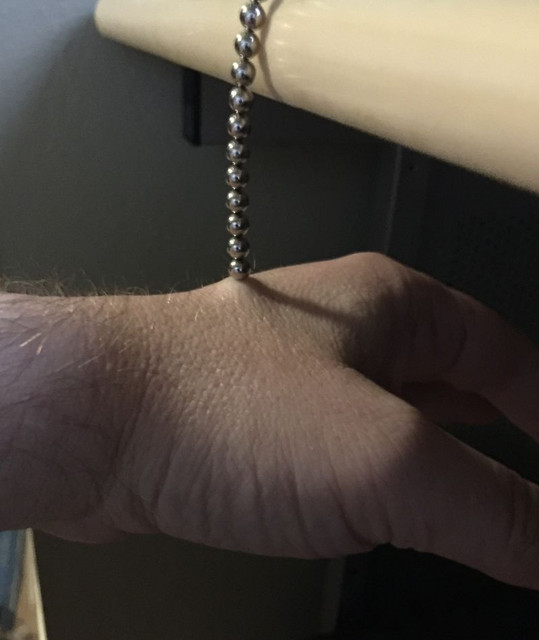 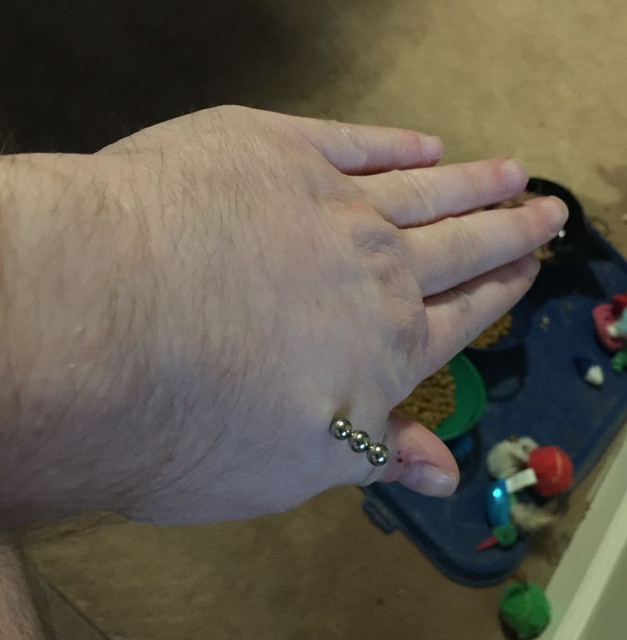 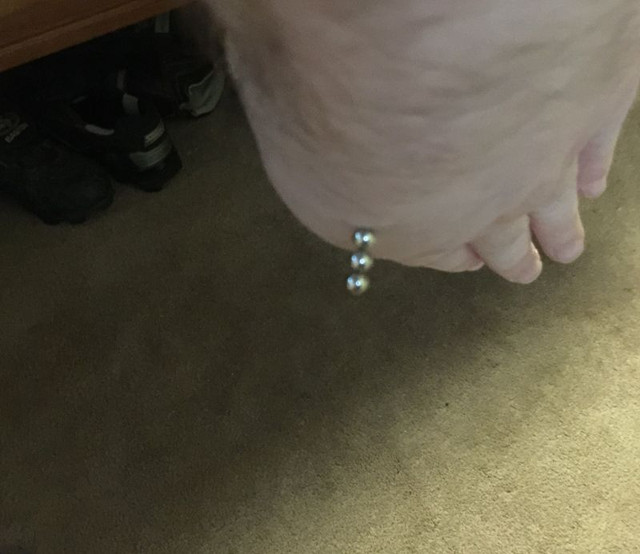 You mention an “exhaust leak”, but it’s not clear from your post if you were driving that same car. The symptoms you describe – “I kept falling down like I was drunk” – do sound like the symptoms of carbon monoxide poisoning. I don’t know how you would have gotten back into your car and driven home again, unless you just did so and then forgot about it.

I don’t know about your subsequent blackouts, but a person’s late twenties is when a lot of psychological problems begin to manifest, like schizophrenia. You say that you don’t like doctors, so I’m presuming that you’ve never seen a physician about your blackouts either.

As for the magnetic anomaly inside your hand, it is not a good idea to do exploratory surgery. There are arteries and nerves that you could cut by accident and cause some severe problems.

I’m skeptical that anyone would dislike doctors and needles so much that they would not go and have a possible alien implant at least looked at by a doctor. A simple, noninvasive procedure like ultrasound would easily identify it.

Third person chiming in to say I noticed your obvious plot hole.