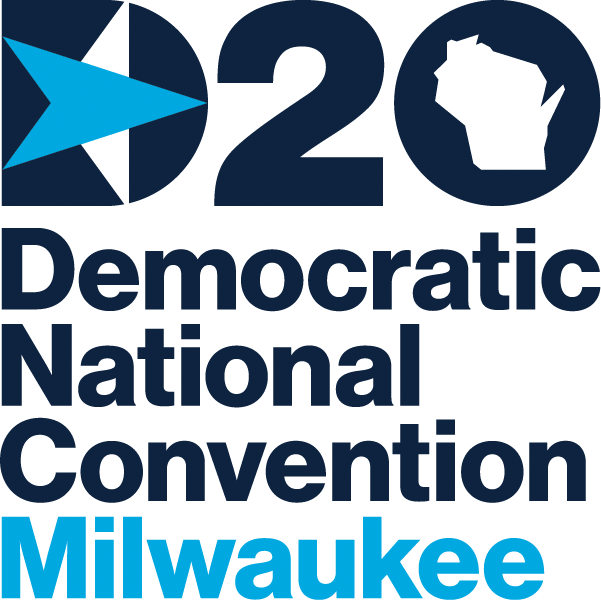 I hope they make the best of it.

I am a bit disappointed that I didn’t see Jimmy Carter on the speaker list.

But I hear that AOC gets 60 sec. (Though they should have given her more time, to pump up the ratings.)

Night two went well enough. The narratives are good ones.

(Personally, I don’t like AOC being limited to a 90 sec. and assigned basically to second the nomination of Bernie. But at least, I think, it sets her up to be viewed as one of the prime understudies of Sanders in the future of Democratic Socialists).

But back to the real deal. Watch the convention coverage. For a political event it is not boring. The narratives are in the presentations and in the speeches. It is the narratives that we must drive home to the big tent of ALL who will join us in saving our country from the t rump, and putting our hopes in a man who was the understudy (for 8 yrs) of the best POTUS in decades, Barack Obama.

Joe, the uniter, has the character and the experience to deal with the crises of today. The t rump has shown what he can do in crises (which is create more crises).

For night 3 of the Convention, tonight, we will see Kamala Harris, and the great Barack Hussein Obama, among others.

Our previous POTUS, Barack Hussein Obama, gave a speech last night, in which he told the flat out straight truth about the t rump’s inadequacies and about the dire and imminent danger that the t rump poses to democracy, should he remain in power. (And at the same moments that Barack was excoriating him, whiny Donald, was tweet-shouting idiocies about Obama.)

Kamala is indeed a good VP pick. Joe’s 1st, most important decision as the prospective Nominee for President, was to select a Vice President. Joe passed that 1st test with flying colors.

I really don’t get into it until it’s almost election time. I’ll vote for a turd in a hat if there’s no R by the name.

It’s almost election time. Early voting is not that far off in some states.

But I’m afraid you will not be able to vote for a “turd in a hat”, if you are voting for someone with a D by their name.

Tonight Joseph R Biden will be nominated to be the nest President of the United States of America.

It was a comment on my willingness to vote for literally anyone put up against Trump with a chance to Win. Biden/Harris 2020, baby!

For anyone who missed the final night of the DNC, I am sorry that you missed an event that is a critical part of our unfolding history. It was well done. Especially considering it was the 1st time a virtual convention had been attempted.

All the most meaningful narratives (showing the great superiority of the Democratic Candidates and policies) that could be packed in to a convention, were.

It would be nice.

MY PERSONAL ENDORSEMENT OF JOSEPH ROBINETTE BIDEN, JR AS PRESIDENT OF THE UNITED STATES OF AMERICA

Joe is a good man. I mean that he is the epitome of what everyman could want to attain in terms of being a man. He has been unrelenting in his life in being a remarkable husband, father, and public servant. He is a decent man. He is an empathic man. He is a man of natural compassion. He is a man who seeks to unite our nation despite the extraordinary challenge of doing so in our divided nation. He will be a POTUS for all Americans if he is elected, not just for a base of extremists, like that of the t rump’s.

In times of deepest crises, such as that which we are going thru today, leaders have emerged to help guide us thru the chaos and despair. And now, in this time, we need such a leader. And, in this time, today, the leader that we need MUST BE a good man. That good man is Joseph Robinette Biden, Jr. A good man for the times that can only be addressed successfully by a good man.

And the bonus is that Joe actually knows, better than any other person eligible how to do the job of POTUS. He was understudy POTUS for 8 years under the great Barack Hussein Obama. He has successfully been thru crises with Barack (and they never brought on the chaos, despair, and loss that the current administration has, and will continue to provide). And Joe has so many years in Congress. He knows how it works, and he will doubtless be more effective than anyone else can be in working successfully with Congress.

And he supports the policies that will move us in to a safe, productive, more humane future for all Americans.

Therefore, in hopes that my country will have a chance to avoid devolving further toward the scumminess of authoritarianism, and to move to a future of a re-emergence of the USA as the greatest of nations, and a future which will have a chance to avoid the worst of environmental disaster, toward a future of parity amongst all Americans in terms of justice and economic sustenance…

In such desperate and sincere hopes, and with confidence that Joe can lead us to the fulfillment of these hopes, I hereby endorse Joseph Robinette Biden, Jr to become the next POTUS - the best good man for the job, at the time that calls desperately for the leadership of this good man, with his experiences and abilities that make him best suited to become the great POTUS that he is destined to become.

And next Monday, the RepugLIARS will begin presenting their complete Bullshit of a Convention.

Well, it’s RNC Monday. Let the lying and fearmongering begin from the Republicans. Except Trump, of course. He’s not really a Republican, he’s a Trumpican, which most Republicans have become since he won, most of those since it was clear he would win the nomination. Republicans are all about stripping individual rights and replacing them with corporate rights. Trump doesn’t care about lying or fearmongering. He cares about one thing only. He cares about ratings. Because ratings are the way he measure “love”, having no actual understanding this hu-man emotion. Yeah, lying and fearmongering are a given, but for the sake of ratings-love. It’s not calculated or anything. Nothing resembling a “thought” drives the lies or fearmongering.

They’ll probably have him on a pretty tight leash just at the end, but hopefully they give him just a little too much time, he gets bored and goes off-script chasing ratings-love, forgetting that, though those in front of him are his rabid fans, the whole country can see him.

Looks like it’s gonna be pretty nutty. Of course we should all expect an unprecedentedly (even for the t rump) high ratio of LIES, as shameless and baseless as ever. So many lies.

But, listen, it has been reported that the RepugLIARS did not establish a new Platform. They would not allow debate on changing the platform from what it was in 2016. They just expressed that they would be following the t rump’s lead.

No new Platform, just whatever it was last time, and otherwise just do what the t rump says.

Night 1. They presented all of the Americans of color who are still bamboozled by the old white scamster, to vouch for him. The other presenters, such as DJT, Jr., LIED profusely and constantly, of course. But the main thing is WHO THE HELL WAS THAT SCARY SCREAMING WOMAN???

The most important thing is that we learned that the RepugLIARs did not bother to come up with a PLATFORM for 2020. Other than letting the 2016 Platform stand without even being discussed. They did add that there platform is to exuberantly support whatever the t rump wants.

What more could a burgeoning autocrat want?

His party vows to exuberantly support his will.

They didn’t announce a platform because Trump has 4 days of poop-tweeting during the convention in which he might come out completely against part or all of their platform. Trump doesn’t plan, so Republicans can’t plan. They really have no idea what the next 4 years of Trump might bring. They only know that he’s the one they can manipulate into doing things for them. And they don’t have to make any promises they don’t intend to keep besides.

This RepugLIARS Disinformation Convention, is Putin style propaganda in full display. The t rump will not need the Russians help so much this time, since he and his enablers are becoming so adept at overwhelming truth with LIES.

So basically the RNC was a propaganda-fest for the t rump. Lies, lies, and more lies. That was it, in a nutshell. Oh, plus the scary intro to America of the banshee, Kimberly Guilfoyle.