AOC needs a dose of reality

I saw in the news today all the Democrats upset that AOC only got 60 seconds to speak. They’re all upset over that. Don’t be idiots. I saw in the news a day or two before that that Republicans were anxious to hear her speak so that they could try to tie Biden to her far-left policies. And what did she do with her 60 seconds? Endorsed Bernie for the presidential nomination. Come on! Did she learn NOTHING from 2016?

Don’t get me wrong here. I like AOC and her policies. I think hard left would be a good move for the country. But that doesn’t mean that she isn’t also a complete moron. Idealism is great and all, but reality should take precedence. In reality you get your ass on that stage and you say, “I can’t imagine a better candidate than Joe Biden!” You tow the damned line. Why? Because you’re not getting what you absolutely want, so if you’re not a moron you’ll help to get the closest thing to it that you can get.

Seriously stupid move by AOC and they were right to give Republicans more time than that twit. The DNC is not about everybody sharing their deepest liberal dreams with each other, it’s about, in good times, getting a Democrat elected president and, in current times, getting the worst president in history out of the White House. I loved her before, but she lost a LOT of respect from me. I do love her idealism, but she’s apparently too stupid to know that idealism isn’t going to win 2020. I doubt she’s going to last long in politics unless she learns some hard lessons about reality.

Okay, I did just read that Bernie chose AOC to be the one to second his nomination, so apparently that part is some stupid procedural ritual or something. So looks like most of my rant was about nothing. So maybe I like her as much as I always did.

But still, the complaining that she only got 60 seconds and the “old guard is still in charge”, that’s all nonsense. The Trump campaign is looking for anything which they can make sound scary to pin to Biden and this has been known for at least days. The article I read days ago said they had plans to especially watch the Democrats further to the left in their slimy “guilt by association” smear plan. Because guilt by association is totally fair unless you’re doing it to a Republican. Hell, you all know how it is. “We can’t confirm a Supreme Court nominee in the last year of a guy’s presidency!” followed by “We’d TOTALLY confirm a Supreme Court nominee 10 minutes before the new president is sworn in!”

I do not fear the old RepugLIAR attacks on AOC. She typically eats their lunch whenever they try to insult her. I wanted her to have more than 60 seconds, because she can get ratings. And she, really does represent the future of the progressive base.

I don’t think it’s that big a deal that she had little time in the virtual convention stage. The progressive branch of the party is not going away. It hopes to continue to gain prominence, even though the middle of the party will be in the executive seat for now. And Joe is an angelic FDR compared to the t rump.

If we need a giant tent to beat the t rump, so be it. Bring in the refugees from what was the Republican Party, who want to get the t rump out of office and reclaim their Party. But AOC is a dynamic part of the Democratic Base tent.

We don’t have to use her to poke the repugs in the eye, by displaying her all over the DNC. But she is an asset. She gets attention, and we need the typically inattentive, to pay attention. So I am always happy to see her. (Or is that a banana in my pocket?) 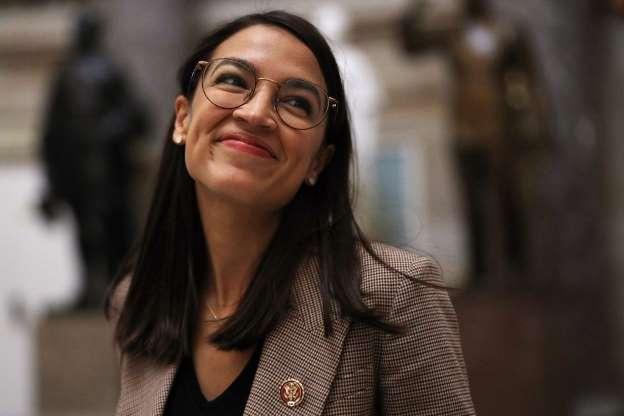 The problem is white supremacist are in it as though it were a battle to their death.

And they have double the passion Democrats seem to.

Since Democrats seem incapable of constructively confronting Republican disconnect from reality, the rabid righties are only going to get more rabid and unreachable. Ugly, ugly convergence of historic failures and lost opportunities.

The Trump campaign is looking for anything which they can make sound scary to pin to Biden and this has been known for at least days.

Of course they are. Lies and complete distortions of reality are their bread and butter. As CC suggests, the t rumpers are going to get worse with their lies and all manner of dirty tricks.

AOC is an asset NOT a liability. DON"T FEAR THE ENEMY GOING AFTER AOC. (I think she will come out on top.)

THE REPUGLIARS WILL TRY TO SEW DISCHORD AMONGST THE RANKS OF ALL OF US WHO OPPOSE THE CONTINUATION OF THE t rump REGIME.

By the way, some of you may have noticed people on Facebook organizing marches against sex trafficking. While it sounds noble on the surface, when you look into it there are a lot of exaggerated claims being made and sometimes almost blatant tip-offs that there might just be a suspect motive behind them. One my wife saw (I don’t do Facebook, but she won’t shut up about it) was “If you can march at a Black Lives Matter rally then you can march at a rally to stop sex trafficking!” I believe this is really an offshoot of QAnon as well as being intended to distract from the BLM movement. As soon as a few of these marches take place start looking for the complaints online about prominent Democrats openly supporting BLM, but remaining mysteriously silent about child sex trafficking. I’m pretty sure the true intent is to influence the election in favor of Republicans.

Good catch on that, Widdershins. That sounds exactly like a social influencing tactic to promote outrage against BLM by bringing up pedophilia as the opponent of BLM. How convenient for them to promote discord and perceptions that people who care about social justice don’t care about children being used as prostitutes.

It elicits intense emotions, so they include things like children being fucked and their bodies eaten by a cabal of satan worshipping liberals, in their conspiracy theories/lies. And it is an easy way to get people on social media to, en masse, become motivated to do some bad things.

Biden's own extremely non-leftist political history must be too difficult for republicans to look up.

They know that of course.

Credit for that catch goes to my wife. I, personally, cannot stomach Facebook in the least. Within a month I would be unfriended by my whole family for pointing out the stupid things they post and re-post if I bothered to swim in the cesspool of disinformation that is Facebook. She saw it, she made the connection and she has bitched about it to me endlessly ever since. Even hearing her talk about just this one thing wears on me emotionally so much that I asked her to stop. I can’t imagine actually swimming in the shit myself. 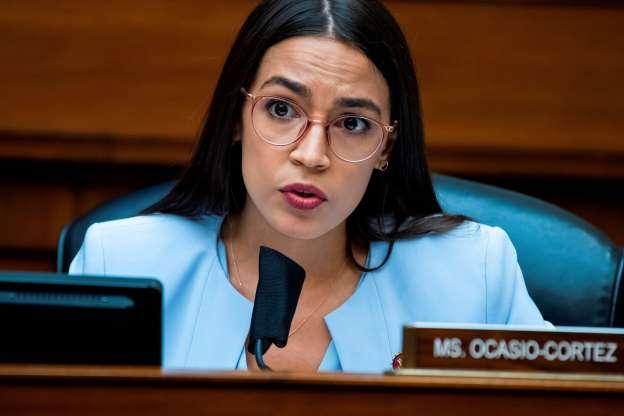 That scary screaming woman at the RNC was Kimberly Gilfoyle, DJT, Jr’s girlfriend. But AOC is not es-scared of that banshee from hell.

My wife is a thinker. She’s upset because obvious propaganda bullshit pisses her off and because most of my family is stupid enough to be on that bandwagon.