What are you taking about? There were no ships lost to Ebola.

That IS the point. Mabus never had an aircraft carrier out of commission due to a dangerous epidemic. The current crop, under the auspices of our sadly inadequate C-in C has.
timb April 17, 2020, 9:52pm #22

His plan is also a great way to demonstrate vulnerability to attack.

Oh, I see. Your contempt for Mabus has to do with his alleged over-emphasis on addressing global warming?

Using our military to try to do something good for the future of all mankind??? What kind of F#K-UP would want to do such a thing? REALLY?

And your argument is that the NAVY must be prepared to fight our bigger foes (bigger than the virus that put an Aircraft Carrier out of commission). Well the mighty Aircraft Carrier Theodore Roosevelt is not able to do that right now. And if there is not an adequate plan to keep our current enemy, C-19, from taking other ships out of commission, then those ships won’t be able, either, to oppose our human-sized enemies.

We love to fail. Modern surface navy is a joke. Makes me feel bad for the few squids who aren’t wimpy fuckups.

In case, you hadn’t noticed, WE ARE BEING attacked by a virus. It is kicking our butts. Who else has the balls to attack us?

You mean attack us the way the Japanese did at Pear Harbor? These days, the only nation that would do that in similar fashion is China. It doesn't take guts to attack a country hamstrung by wusses.
timb April 18, 2020, 6:58pm #26

Sree: Wusses. We became a nation of wusses under Obama.

I don't see that. But I think you could say that under T rump, we have become a nation of way too many BS LIE Believers (about 43%).

And the “wusses” as you call them, beat Ebola’s butt down to relative insignificance. Now we are in a pandemic, that T rump cannot seem to get a handle on, despite his advisers, the best intelligence, the data from other nations that were hit hard before us. And he cannot learn from his own mistakes that he makes over and over.

Thus 10’s of thousands more Americans will die, than should have. And our economy is on the verge of another Great Recession, if not worse.

And our current “manly” T rump is ONLY motivated by his own political gains, in everything he says or does. And that may work quite well for his re-election chances, or not, but it will definitely NOT work well in getting us thru this crisis.

Where are, what you call, the wusses, when you need them to be in charge? Oh, I know, some dumbutts elected Trumpublicans.

But actually, I think that your assertion that the Obama’s terms elicited “wussiness”, is actually stemming from your own misguided ideas of what real “manliness” is.

The Navy’s top admiral will soon decide on the fate of Capt Crozier. What will he do?

If it were up to me, I would go for option 4; otherwise, it would be an admission, on the part of the Navy, that Crozier’s superior officers were a bunch of wankers unresponsive to the plight of the USS Theodore Roosevelt.

I say, let Judge Judy decide. And she will pick option 1.

Cause Judge Judy don’t give no damn about a bunch of wankers.

That IS the point. Mabus never had an aircraft carrier out of commission due to a dangerous epidemic. The current crop, under the auspices of our sadly inadequate C-in C has.

The Navy’s top admiral will soon decide on the fate of Capt Crozier. What will he do? 1. Reinstatement because Crozier did the right thing. 2. Forgive and transfer Crozier to command another ship. 3. Reprimand and move Crozier to a dead-end desk job in the Navy. 4. General court martial for Crozier and dishonorable discharge. If it were up to me, I would go for option 4; otherwise, it would be an admission, on the part of the Navy, that Crozier’s superior officers were a bunch of wankers unresponsive to the plight of the USS Theodore Roosevelt.

That ebola epidemic was mainly confined to Africa, so there was minimal threat to US Navy.

Crozier deserves 4, but without dishonorable discharge.

Ok, he can keep the desk job. I can live with that. This means he did the right thing the wrong way?

If I were Crozier, right or wrong, I would resign from the Navy. I don’t think Crozier would. His action, a disgrace and a corruption of military discipline, is the new normal Mabus-like liberal progressive value infecting the nation.

Ok, he can keep the desk job. I can live with that. This means he did the right thing the wrong way?

Yes, well put. I think he should be discharged -- just not dishonorably. That follows you around for the rest of your life and he doesn't deserve that ball and chain.
timb April 24, 2020, 10:46pm #35

The Navy has recommended that he be reinstated to Captain of the Aircraft Carrier. The part of Judge Judy, in deciding his fate, will be played by Defense Secretary Esper.

Woops. Current confirmed positives for C-19 on the USS Kidd amphibious assault ship, is 33 (up from 18). The total crew is 350.

“Two sailors have been medically evacuated to the United States. Meanwhile, officials say those aboard the Kidd are wearing N95 masks and other personal protective equipment.” 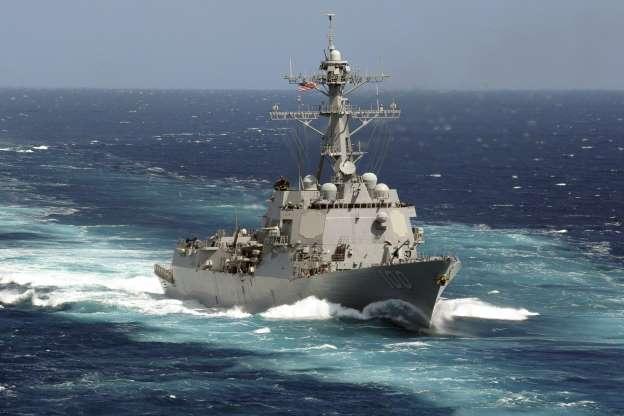 Another ship put out of commission by our invading enemy.

“Then-Acting Navy Secretary Thomas Modly claimed that Crozier had shown poor judgment in a crisis by sending his memo to up to 30 recipients; however, Washington Post reporters Dan Lamothe and Shawn Boburg later revealed it was sent to only 11 people within his chain of command at U.S. Pacific Fleet.”

(840 sailors tested positive from that ship. Don’t you think it would have been more, if Crozier had kept quiet?)

Oops, make that 950 have tested positive from the USS Teddy Roosevelt. (and this is from the article below, which is a couple of weeks old)