Why did you vote for trump?

The question of the moment:

Can any Trump supporter offer a logically defensible reason for their vote for Donald Trump?

Well this about sums up the Trump Administration.

For over a year now, Donald Trump has bragged that he will refuse to accept the results of the 2020 election if he loses. He has threatened lawsuits, lied about voter fraud, and discouraged voting by mail. Now that he’s officially lost, he’s sent his sycophants to filed multiple lawsuits demanding recounts in several states, all of which have been rejected.

Now, Rudy Giuliani and his legal henchman have given a press conference at the Four Seasons … Total Landscaping company. In a hilarious mistake, Donald Trump announced on Twitter that the press conference would be held at the luxury hotel in Philadelphia, when in fact it was held at a small landscaping company next door to an adult bookstore and a crematorium. It’s a gaffe so absurd that it honestly sounds like a joke. …

Biden - no progressives in his cabinet? 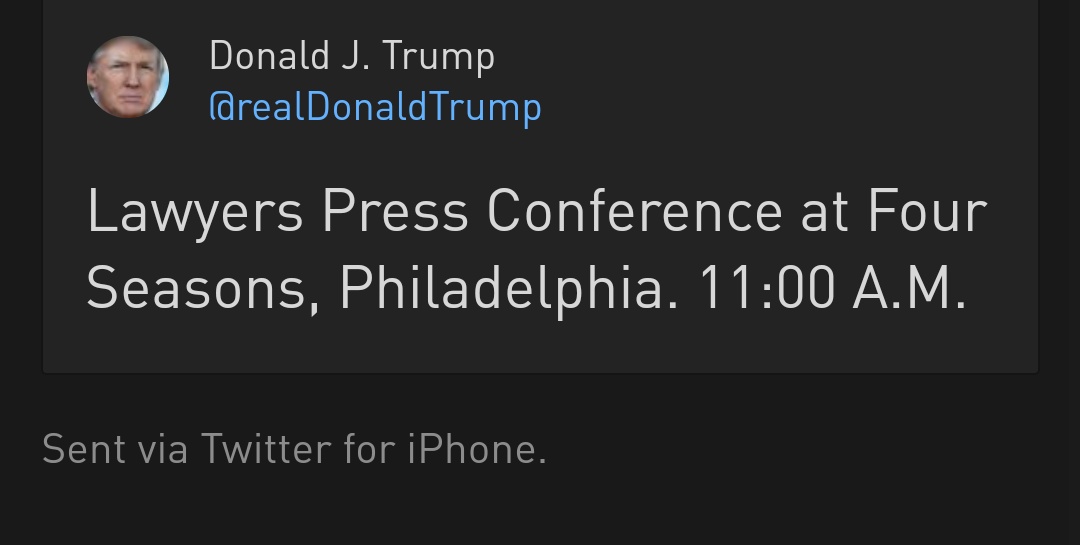 How did that work for you donald? 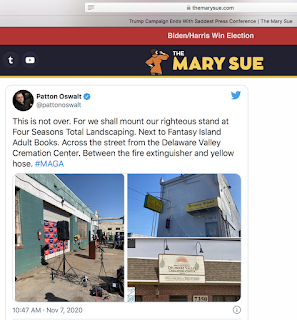 How will the next couple month’s play out?

No matter how bad your mood is, the article about the train wreck of a press conference that CC posted a link to will cheer you up. Even the local trolls will get a kick out of it if they allow themselves to be honest for a moment.

For your convenience, here’s the link again: https://www.themarysue.com/trump-campaign-ends-with-saddest-press-conference-at-four-seasons-total-landscaping/

Any article with: “We are desperate to know which Trump lackey made the decision to book a landscaping company instead of the Four Seasons, but it’s impossible to know since everyone in the campaign has a black belt in poor decision-making,” in it is automatically a homerun. The Patton Oswald tweet included is brilliant too.