What happens if the dotard wins again? Alleged experts voice their opinions

It’s not good, of course. In fact it is terrorizing, though their thoughts were not unexpected to me. It’s a long read, but I thought others might want to discuss. 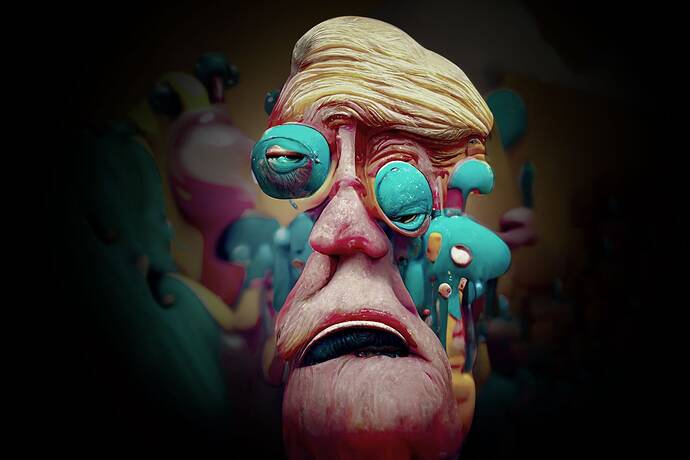 Analysis | What Will Happen to America if Trump Wins Again? Experts Helped Us...

It’s 2025 and President Trump is back in power. What happens next? A portrait of a democratic crackup in three phases.

The bottom line is correct, we won’t survive another 4 years of Trump. One thing they didn’t talk about is the power struggle when he dies. I don’t see anyone in a position to replace him.

The response of the rest of the world is also a wild card. Would Canada take fleeing citizens, Mexico, there’s a twist. We would be listed as a dangerous place to travel to, we already are by some countries. Business would suffer, economic sanctions would be imposed.

I agree. The U.S. won’t survive another 4 years of him or one of his cronies. This country will not be the U.S. anymore.

We would be listed as a dangerous place to travel to, we already are by some countries.

Even in the U.S. Keep in mind, the NAACP issued a travel warning, concerning the state of Missouri, when the dotard was elected, if not before that. It may have been before he was elected, but Missouri was one of the states the NAACP issued a travel warning. It wasn’t and still isn’t a great state to live in for that matter. My family isn’t fond of it, yet we still live here because we can’t afford to move out of state.

If GOPers take the house and senate next month, they will pave the way for a trump win through voter suppression laws and “Voter override” clauses at the state level.

Here’s what worries me. If a trump stand-in wins, somebody like Pence or Depantsy in Fla. Trump’s a bumbling idiot, everyone knows it. The others will act presidential and work behind the scenes to get things done. Though I actually think trump winning again will be the best thing for the US…long term. Unfortunately it’s a catch 22 because things will get so so bad before they get better. I liken it to Germany prior to ww2. Right wingers were always operating in the background, but nazis brought their evil agenda out in the open for all to see. The upside, if you can call it that, is that the world became a better place after ww2. Of course it’s slipping back since the righties got serious in the 60’s. But you get my point. Maybe the US has to go through the same “purging of the devil”, and trump winning a 2nd time would definitely lead to that.

If GOPers take the house and senate next month, they will pave the way for a trump win through voter suppression laws and “Voter override” clauses at the state level.

That’s what scares me- that they win and destroy this country.

Though I actually think trump winning again will be the best thing for the US…long term.

Are you nuts? He’ll destroy the country, giving all rights to the rich and nothing to everyone else, not even decent jobs. Racism will rise to the likes we haven’t seen in decades. Sexism and ageism will also get worse too.

I liken it to Germany prior to ww2.

Yup, pretty much what it will be.

But you get my point.

No I don’t, because it would be the worst thing in the world.

Maybe the US has to go through the same “purging of the devil”, and trump winning a 2nd time would definitely lead to that.

Yeah, with a LOT of people being killed because of him.

Though I actually think trump winning again will be the best thing for the US…long term.

Only if dies in office. The power struggle would unravel much of their gains. Trump can control people because he has the banks behind him. He could combine the power of the billionaires. I don’t think there is another that can do that.

Interesting move today. Trump has been saying that his side of the story has not had a chance to get aired. They baited him for 6 months to come talk, everything but invite him to a nice lunch with hamburgers and extra ketchup. The subpoena will make the headlines, so, it will be harder for him to say they don’t want him to talk. I especially liked the part where they showed Flynn, Stone, and a few others all taking the 5th when it came to what they said to Trump.

If he does talk, it will be after the mid-terms, so I don’t this will change history, but, it is “historic”. 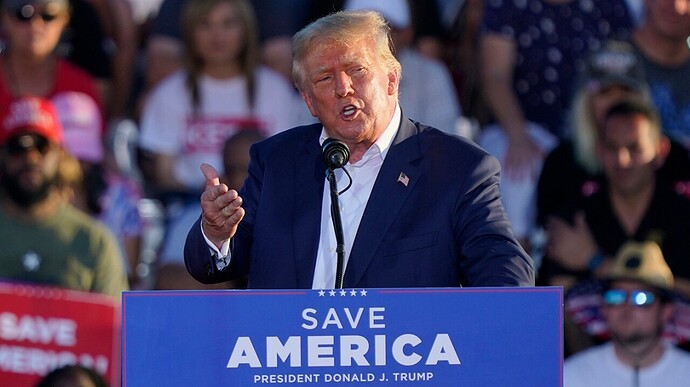 These former presidents testified before Congress

Former President Trump seems unlikely to testify before Congress in response to the subpoena issued Thursday by the panel investigating the Jan. 6, 2021, Capitol attack. But if he does, he won̵…

That’s why I say it’s the best thing …long term. But yes of course it would be horrible and nobody wants that. OTOH does anyone want a continual chipping away at rights, etc.? The disease of conservatism would be fully exposed, and then maybe it could finally die out.

Donald Trump won’t enter he’s son will you will see that everything will change again 2023 it will depend in 3 factors.

Then Donald Trump will, De Santis will, Nikki Haley will, or Liz cheney everything is up for grabs in the future.

Even if he does take the stand, who will believe what he says?

Somebody’s got to tell him that taking the 5th is boring. He’ll get more airtime if he starts telling stories.

One of the interactions they repeated today was when Kevin McCarthy called to ask again for him to call off the rioters, he said, they are antifah. In a rare moment, McCarthy contradicted him and said they were not. Trump said, well I guess they care more about a stolen election than you do.

If they will tolerate that kind of blatant lying and double talk, whatever he says doesn’t seem to matter.

The disease of conservatism would be fully exposed, and then maybe it could finally die out.

Or we’d be stuck with it for a millennium and would have to eventually overthrow it in order to get our democracy back.

Donald Trump won’t enter he’s son will you will see that everything will change again 2023 it will depend in 3 factors.

If the dotard wins again, it will change for the worse.

Even if he does take the stand, who will believe what he says?

I won’t believe what he says. He’s a criminal who needs to go to prison and I don’t mean Club Med either.

Matter is that many experts say that USA are on the course of civil war, democracy being threatened.

These mid-term elections could be a new step toward it, and next presidential elections another one, what ever be the result.

Some of the the markers are the rise of political violence, the legitimacy given to it by candidates, the increase in the number of uncontrolled milices, and so.

Will the warmonger liberals again use the spectre of Russia as the whipping boy excuse for doing badly in the November elections?

Must be, because it made no sense at all.

The young ones have dropped off the democrats who cant stop talking about nothing else but Jan 6th. They are avoiding peoples hardships and this will be their undoing. Two ruling class parties that have no solutions to economic military and environmental crisis

The young ones have dropped off the democrats

Not all of them.

who cant stop talking about nothing else but Jan 6th.

People, including the dotard need to start going off to prison for what they did. That will end that.

Unless the environmental crisis is solved, economics won’t be solved.