Ways the Trump presidency has radically changed how the government works

The president is no longer required to divest in his business interests.

The president is now allowed to practice nepotism unchecked.

It is now okay for the president and his family to personally benefit financially from his office. (Not that it wasn’t always “kind of” okay anyway, as Hunter Biden’s undeserved job in the Ukraine shows.)

The president can now order any person not to comply with Congressional subpoenas without consequence. The president, alone, decides who may and may not testify.

The president can now override Congress’s power of the purse any time he wants and for any reason, arbitrarily deciding to hold up or divert funds however he sees fit based on his own personal agenda.

The president can now override any law he does not like and is no longer required to perform his duties in pursuit of duly enacted Congressional laws. This one first appeared when Congress slapped more sanctions on Russia, I believe in year 1, and the President simply refused to enact them. It has been repeated multiple times, the last time when holding up funds to Ukraine.

The president can exact revenge any time he likes on any person who upsets him, even if there is no good cause, including arbitrary revocation of security clearances and firings.

The president’s personal properties may be used interchangeably with government properties, funneling taxpayer dollars into the personal property as the taxpayers foot the bill for Secret Service to stay in luxury accommodations at Mar-A-Lago and Trump Tower.

That’s just a short list of the serious things I can think of off the top of my head. I’m sure there are a lot more, and maybe even some more serious things (though several of those are pretty serious) that could be added. We really should keep a running list of the serious and dangerous ways in which our government has changed under the orange clown. Not just the things we don’t like or the things we think he did wrong, but the things which are actually fundamentally changing how our government works, all of which are taking power from the other 2 branches of government and giving them directly to the president. Added together I think democracy is taking a pretty serious hit. Of course pretty much none of these things will be okay again once a Democrat is in office. Then Republicans will break out the righteous indignation that the president would dare cost taxpayers money to go on vacation once in a while. Never mind the fact that most Democrats wouldn’t act this way.

It’s changed it because it’s become a dic[tator]ship instead of a presidency. The dotard is a dic and a dictator or at least a wannabe dictator and you know what they say about wannabes.

Mriana, why can’t we work towards getting rid of the federal government and transfer power back to the states?

Who said the power was ever with the States? The U.S. has always been a three tiered government- the legislative, judicial, and executive. The power never lied with one area of government. There has always been checks and balances.

Sree said; why can’t we work towards getting rid of the federal government and transfer power back to the states?

Yes, that's what we had before the "civil war". Until then that worked out real good for everybody. In fact the Southern States had full employment, an often overlooked benefit of slavery. Is that not the logic you are using to advocate for "independent" states with their own laws and regulations?

While we’re at it, we might as well trash that “ill-conceived obsolete document” called the US Constitution, no?

Write4U: Yes, that’s what we had before the “civil war”. Until then that worked out real good for everybody. In fact the Southern States had full employment, an often overlooked benefit of slavery. Is that not the logic you are using to advocate for “independent” states with their own laws and regulations?

Forcing all 350 million people to march to the same cultural beat is not my idea of freedom and the pursuit of happiness. Also, the concentration of national power in the hands of 535 politicians in Congress, 9 Chief Justices, and 1 President has not been working out for the common folk who have been paying the bill, for bad decisions, in terms of taxes and their very lives in foreign wars.

While we’re at it, we might as well trash that “ill-conceived obsolete document” called the US Constitution, no?

The Constitution is fine, in principle. It's the scum in government that needs to be curbed. It's better to have a bunch of governors running their respective states. They will pay attention to local problems and not form a gang to go strutting on the world stage to cure diseases that don't even exist in the USA.
mriana February 8, 2020, 11:46pm #7

Sree, that’s not how government works, even the government that Geo. Washington et al had in mind doesn’t work that way.

I never understood the ridiculous assertions by conservatives that they’re somehow not free to live the way they want.

Yep. Never heard a good explanation of that. Usually they say something about not wanting to see other lifestyles, which is the very suppression they are complaining about.
citizenschallengev3 February 9, 2020, 11:52am #10 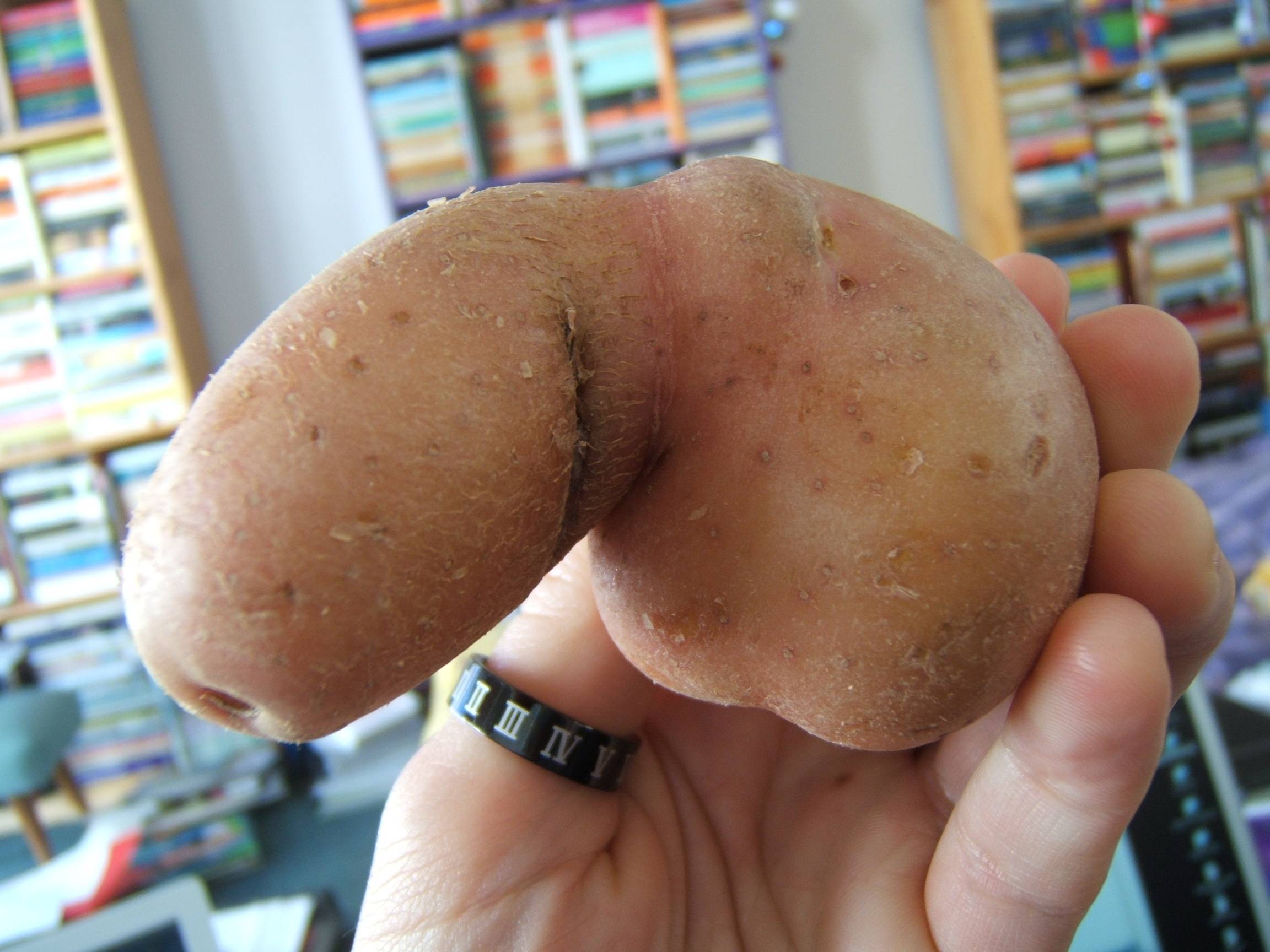 It’s changed it because it’s become a dic[tator]ship instead of a presidency.

It changed because a democracy requires an informed and engaged electorate -

We The People have been drinking way the hell too much Holywood KoolAid and are so punch drunk we can no longer see past our noses.

If you say so, but I still say the dotard is a dic[tator].

Homo: Who exactly is forcing 350 million Americans to “march to the same cultural beat”?

By forcing, I mean exercising power over how our tax dollars are spent. Perhaps, you don't pay taxes. I do. The US Government, by spending my share of the taxes in ways that I don't want to, is forcing me to live in ways I don't want to. Transferring that power back to the respective states allows me to chose a state, where people share my values, to live in.
sree February 9, 2020, 4:44pm #13

Mriana: Sree, that’s not how government works, even the government that Geo. Washington et al had in mind doesn’t work that way.

Lord I can’t stand libertarians. They want everyone to have freedom and they want a place where everyone is like them.

Sree, I don’t think government is big enough. We need socialized medicines, public schools that teach our children about REAL science, actual history, and how to read, write, spell correctly, speak English better, maybe even learn a second language, and do arithmetic. They need to know how to budget and realize that we are part of the Earth and if we destroy it the Earth won’t be gone, we will. Thus, everyone gets a free education, a real one, not a DeVos madrasa education. Everyone needs housing with heat and cooling and clean running water (not dirty cancer causing water), healthy food, clothing, and means of communication and receiving info like TV, radio, internet, and phone. This means we must have regulations on industries, corporations, and factories. We need anti-trust laws again. We also need gun regulations too. The U.S. has the highest rate of gun violence than any other country, because we don’t have gun regulations. We need to curb air pollution and try to control climate change too. Otherwise, the only people who have freedom is the 1% and greedy corporations. The greedy 1% might not even exist if we don’t do these things, which means there won’t be any greedy corporations either, because we’ll probably all be dead because we didn’t do any of these things.

I’m with Lausten. I can’t stand Libertarians either, because their idea of freedom, IMO, isn’t freedom. What they call freedom is lack of health care, lack of education, lack of clean water and clean healthy food, lack clean air, and everything else that harms life on this planet. To me that’s not freedom, that slow destruction of all life on earth and for what: Greed, pure greed.

This is on every podcast platform. You don’t have to be a Moore or Klein fan to get this one. The relevant section is somewhere around the middle third. They talk about how when people get worried about their future and their children, they circle the wagons and put up walls (symbolic or otherwise), but when they are feeling safe and sensing cooperation, they start looking for how to help those in need, for what extras things they can do to make the world better. This has been proven over and over throughout history.

Michael Moore’s Rumble, with Naomi Klein Ep 31 The World does have to suck

I don’t know. I don’t feel safe and secure currently, but yet I want socialized medicine etc etc, but I am worried was have a wannabe dictator in the White House currently and you now what they say about wannabes. That said, I worry about my grandson’s future- climate change affecting his generation, real education and not a Xian madrasa one, and other future things. I worry about Medicare and Social Security, not just for me, but for my mother, who’s currently on it, but the thing is, I don’t circle the wagons, I sign petitions, protests inhumane things the dotard and his cronies do, which their minions seem to love. I get political active basically. So does that mean I break the mold? I don’t think so, because I’m not the only person who signs petitions, protests, and gets politically active. I don’t know.

Mriana, the big government you are talking about is running China. But we are not as hardworking as the Chinese. Additionally, we don’t obey law enforcement, we want a free for all society in which nothing and no one in authority is respected.

No that isn’t the big government I’m talking about. You are thinking Communism, I am not. There is a difference between Socialism and Communism and many people who don’t understand that confuse the two. I also didn’t say anything about authoritarianism.

Socialism? Are you talking about Sweden? Which country is a socialist state? And how is it working out?