Trump gets Republican Party to its knees.

Trump hold over the Republican Party remind me a little of his romance with, and seeming take over of christianity.

(and all good christians who object, I challenge you . . . - what have christians done to expose the man’s base ME FIRST narcissistic villainy? And the criminal level of harm he’s done to this nation - and the world - as president? ) . . . 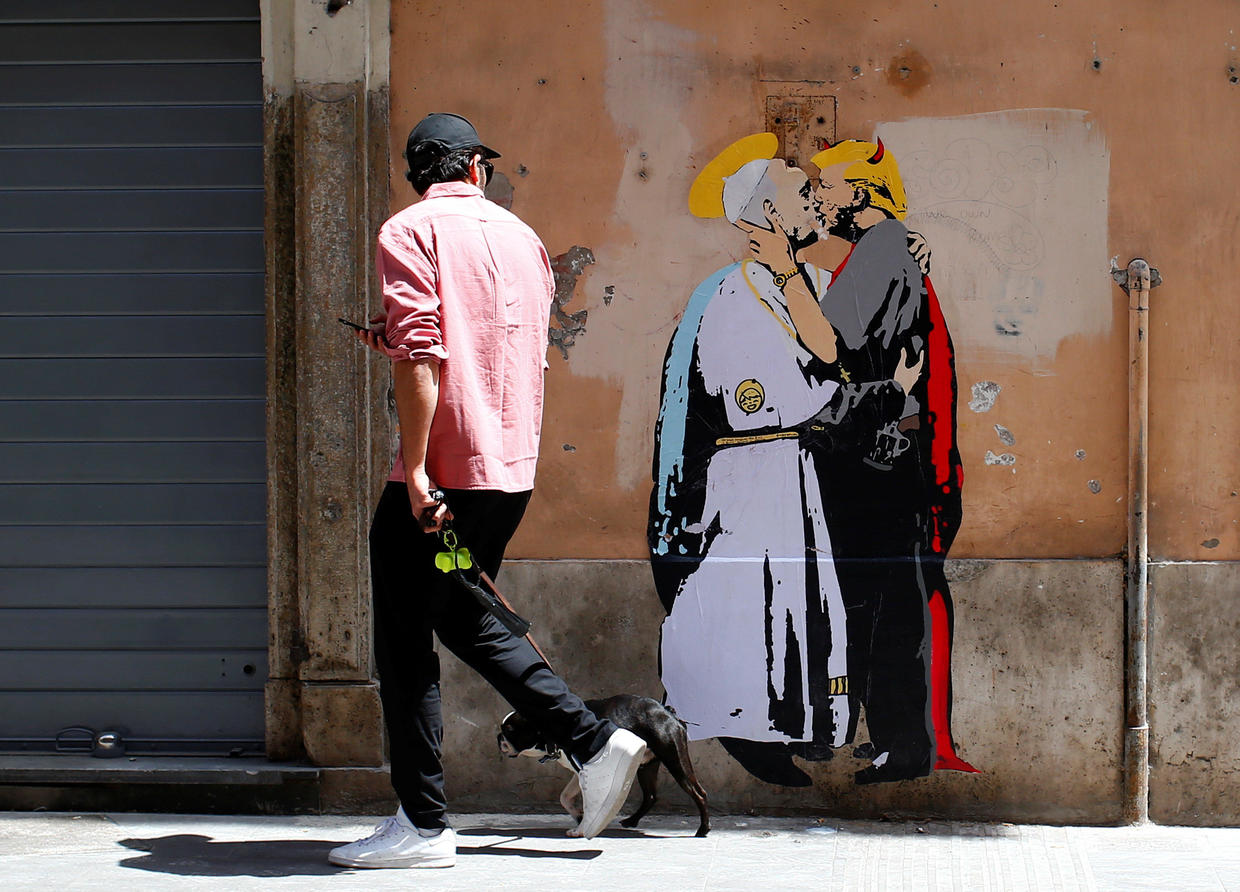 'He was sent to us': at church rally, evangelicals worship God and Trump

Oh gosh, I’m sorry Christians, yes, lots of wonderful things about it. Especially, if it had some power to make it’s adherents actually practice what they preach. Instead billions of hours of spend offer empty praise and reading old stuff that old people wrote, regurgitating the words endlessly, yet, yet achieving what for the all the expended energy and treasure ? A world blissfully in the act of self-destruction, worried about everything else, but the future.

A rainbow of opinions, while we keep getting more dehumanized by our own over-crowding and self-inflicted delusional thinking.

and so on and so forth. Ironic to think I’m actually a nice carefree guy when it comes to living my day to day. sorta,

‘I am the chosen one’: Trump again plays on messianic claims as he embraces ‘King of Israel’ title

It is more like he is the chosen anti-christ by the devil. Where Trump walks things begin to die.

I posted this in another spot, but it seems to fit well here too:

a cross between entertainment and disgusting revulsions is watching the trumpster****-wannabees fight it out over an Ohio seat.

And then the “I’m more trump than you are” ads on the TV.

There is one guy that is avoiding the trump-mania. I almost want to vote in the GOP primary.
… if there is one. The GOP heavy team to “Un-gerrymander” the districts have had their maps thrown out 3 times already, putting at risk our primary voting date … another underhanded shot at voter suppression I suppose.

Yeah, is it wrong to think we should have turned out a might better than this.
Although, it is funny in a perverted night at pro wrestling matches sense. (is that even a thing anymore?)

The men repeatedly told each other to back off before standing eye-to-eye for several seconds, while fellow GOP debate participants Matt Dolan, Jane Timken and JD Vance looked on awkwardly. …

5 of 7 candidates say the election was stolen from Trump. The 6th said “although there were irregularities, I made sure Trump won Ohio” (sounds suspicious. The last one more or less says that’s the way the cookie crumbles.

Also,
A lot of the goper candidates in Ohio are harping about a border wall … ??

5 of 7 candidates say the election was stolen from Trump

I have it on good information that those 5 of 7 candidates are not US citizens and are trying to steal congressional seats from real Americans.