The Trumpublicans must violate one more oath for their dear leader 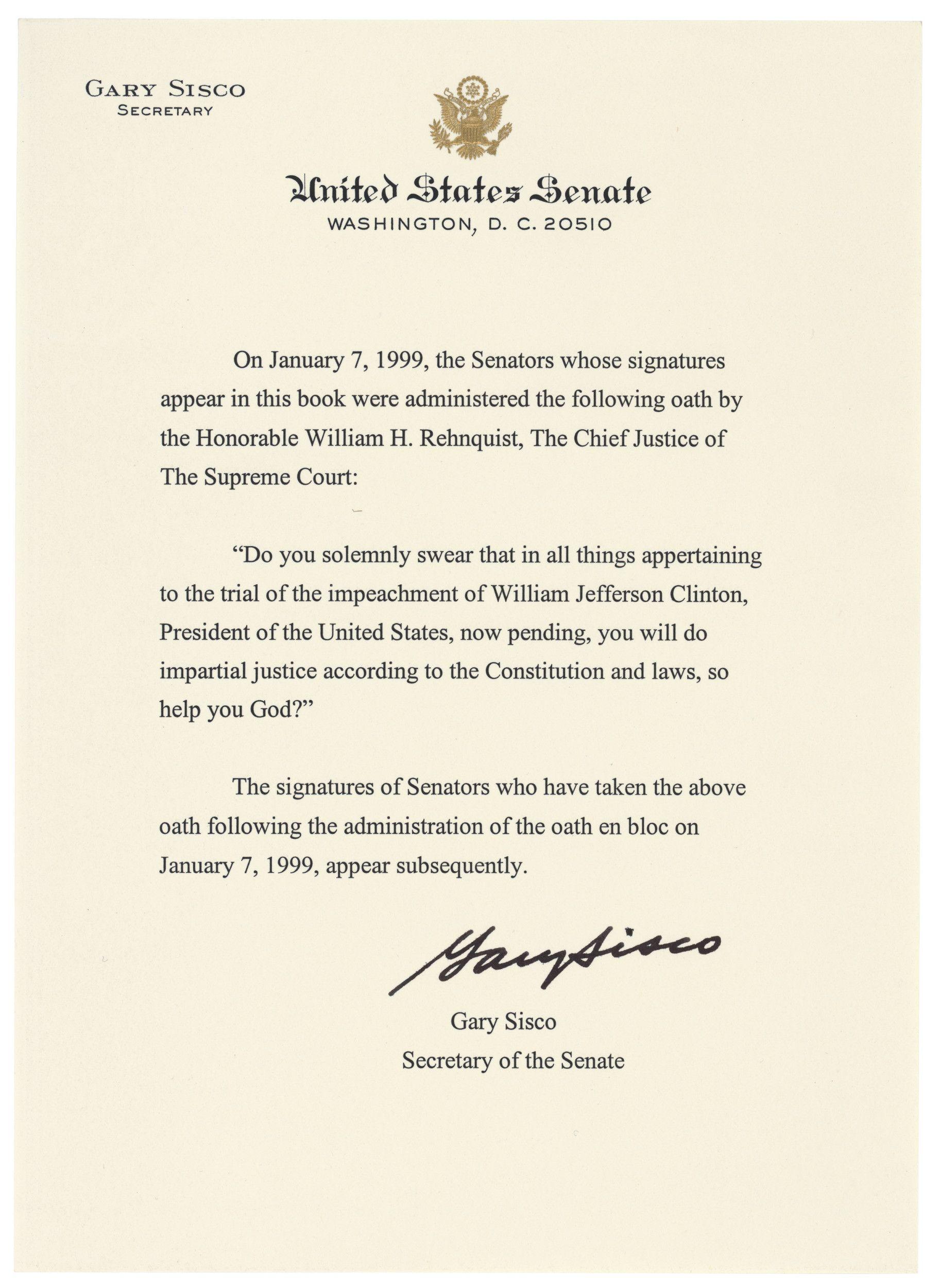 This is from Clinton’s impeachment and there should be one similar for T rump’s impeachment. Thus the Trumpublicans will have yet one more oath to break.

Oaths mean nothing to liars. And T rump is a black hole of lying. Anyone that comes too close to him becomes tainted and takes on his aura of corruption and lies.

We no longer have a government whose participants are reined in by principles, ethics, a sense of fairness or impartiality. We certainly do not have a POTUS who is concerned by such things. And soon we will see that he will not be bound by laws.

When Donald John T rump is not punished in any way, even thru impeachment for using a foreign power to effect our next Presidential election, and for using his power, for the same purpose, to delay critical military aid funds to that foreign power, and for covering up this crime against our country, by not allowing any one in his administration to obey their duty to testify if called before Congress, and by obfuscating and stalling, and claiming that Article II of the Constitution gives the President unlimited power, – When that and his other crimes go unpunished, and while he continues to do those crimes, and based on his conduct and character WILL CONTINUE TO DO, – when that happens- we no longer have a functional republic/democracy, and we no longer have a POTUS – we have a Dictator, a DOTUS.

The Trumpublicans are going to take away what is left of our republic/democracy in order to maintain their power in the short term. They could care less about any oath.

“I solemnly swear that in all things appertaining to the trial of the impeachment of Donald John Trump, now pending, I will do impartial justice according to the Constitution and the laws, so help me God.”

The Senators were administered the oath orally, and then were required to sign that they had taken the oath. An awful lot of oath breaking, is no doubt going to occur.