Roevember is starting. Come on Democrats, you can do it

I’m not the most optimistic when it comes to the Democrats, still they are my party and it’s nice to see momentum starting to turn.

People are getting the message that this election is about hanging on to what freedom we can, including women’s right to self-determination. 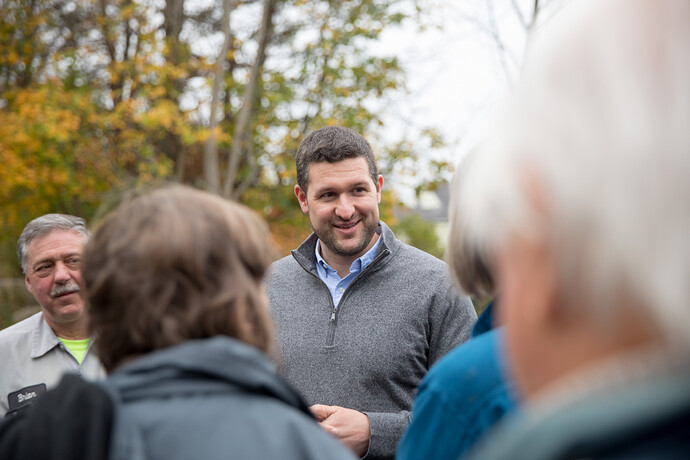 … For many observers, Tuesday night’s vote was largely considered to be one of the first major tests of voter enthusiasm following the U.S. Supreme Court’s decision earlier this year to overturn the landmark abortion protections established under the 1973 Roe v. Wade ruling.

.Though voters in Kansas resoundingly rejected a measure earlier this year to remove abortion protections enshrined in the state’s constitution, the New York vote was the first match-up of a Republican and a Democrat in the wake of that decision, with the contest taking place in a highly competitive district in a state where abortion is currently legal. …

upstate New York swing district seen by many as a bellwether.

Now what was that someone was blathering about a “Bellweather” in another thread?

The red wave is coming Donald Trump will rise again -_- !!! 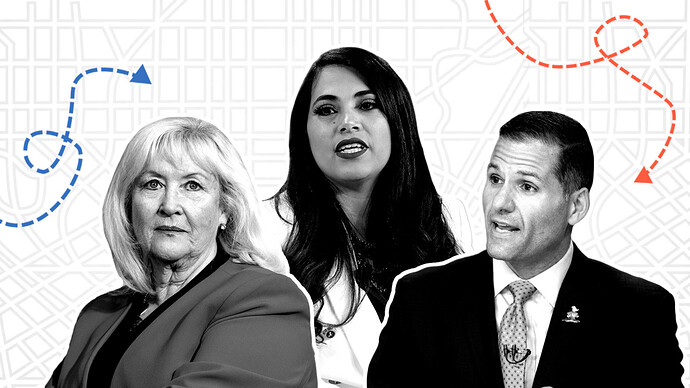 Want to know if a red wave is happening? Watch this special election.

The ultimate bellwether race — testing the potency of inflation vs. abortion as campaign focal points — is about to be decided in upstate New York. 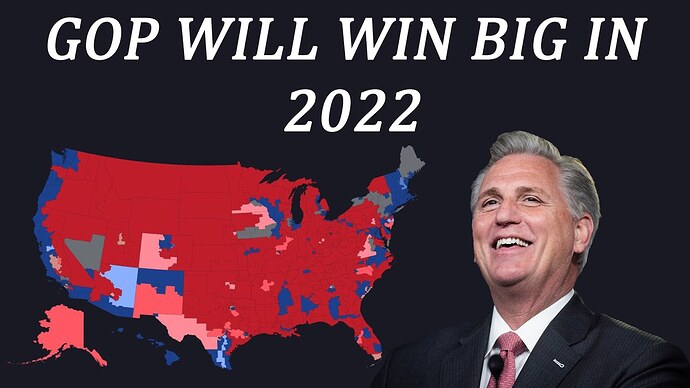 You will se republicans will rise and Donald Trump jr be president good sir !

You really don’t know who will the 2024 election. No one does. Anyone who insists they know for sure who will win, is only dreaming what they want to see. It’s not true until it really does happen. Until we know the results, everything like what arikel88 just posted is just a dream.

Donny Jr. for president, yeah, now there’s a Mr. Charisma for the ladies and what a politician. But isn’t Jared Kushner-Trump is the one that brought home the cash? Shouldn’t he be the anointed ? 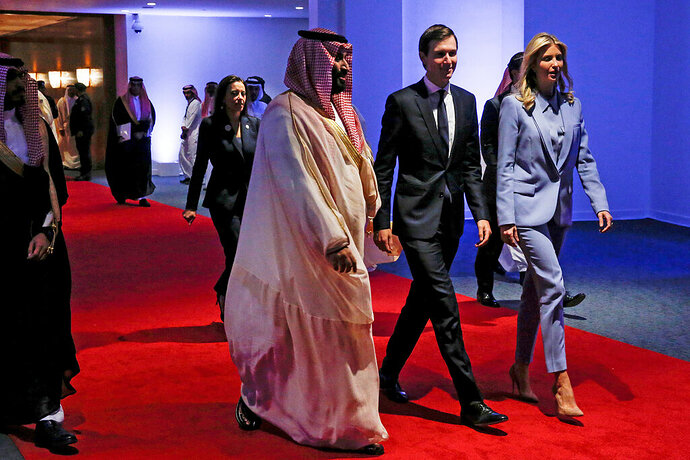 Before committing $2 billion to Mr. Kushner’s fledgling firm, officials at a fund led by the Saudi crown prince questioned taking such a big risk.

So that is that map what you are projecting?
And if it doesn’t turn out that way, you’ll scream the election was rigged?
Right?

Did you notice the sidebar on that Politico story you linked to? 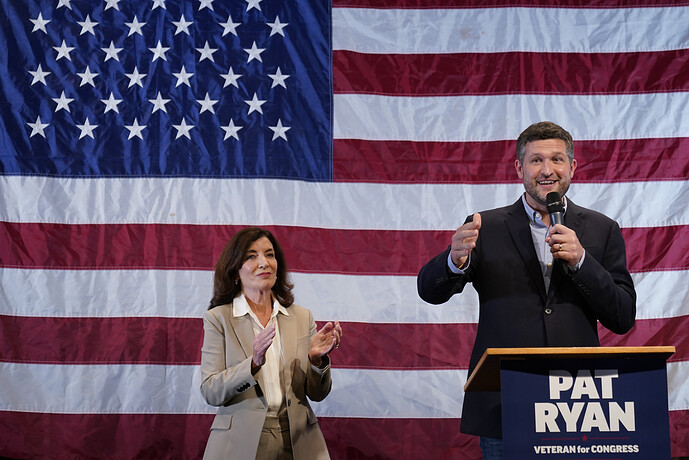 The race in the battleground district has been closely watched around the nation.

Ryan’s television ads hammered on the need to elect a representative who would fight for abortion rights in the wake of the Supreme Court’s June decision overturning Roe v. Wade, while Molinaro, the Dutchess County executive, centered his campaign on crime and inflation.

The outcome marked the latest in a string of recent House special elections in which Democrats have outperformed recent baseline numbers in the districts. …

Arikel, do you know what Roevember refers to?

Florida looks like it could be the pop corn event of this election cycle.

Rep. Charlie Crist (D-Fla.) obliterated opponent Nikki Fried in Tuesday’s Democratic primary for Florida governor. And now Crist, himself a former Republican governor of the state, goes up against the current Republican governor, Ron DeSantis, who has visions of the Oval Office dancing in his head. Just as Lawton Chiles did with his 1994 defeat of Jeb Bush for the same office, Crist has a rare opportunity to knock a would-be presidential candidate off track. And it looks like he has every intention of doing so.

Crist, a mild-mannered moderate on the trail, came out swinging at DeSantis in his victory remarks: “Our fundamental freedoms are literally on the ballot. … A woman’s right to choose, on the ballot. Democracy, on the ballot. Your rights as minorities are on this ballot.” He told the crowd that DeSantis wants to be president, but if Crist wins, “that show is over.” …

Crist’s attacks on DeSantis were unsparing: “He’s abusive. He is a bully. … He’s dangerous.” Crist accused the governor of imitating the worst political authoritarians around the globe, and bashed him for refusing to call out his flag-waving neo-Nazi supporters.

Crist might consider bringing Rep. Liz Cheney (R-Wyo.) into the state, or at least running an ad featuring her slam against DeSantis. (“DeSantis is somebody who is, right now, campaigning for election deniers,” she said in a recent ABC interview. “That is something that I think people have got to have real pause about. … Either you fundamentally believe in and will support our constitutional structure, or you don’t.”) …

This will be an interesting race to watch.

Although when I read the global weather news, I get the feeling the days of normal (yes crazy as they are, we’re still in normal, freighters are plying the oceans, and you can buy a plane ticket and fly most anywhere, if you have the money, and there’s gas at the station, if you have the money to fill your tank.) are coming to an end faster than any of us, even the worriers like me, dare imagine.

In a way it’s not hard to grasp why the masses and the leaders do all they can to ignore and deny, the coming reality is too horrify to face. So we do what we do on a sinking ship, let the band play on and not look towards the future.

Still, the thing is no matter how tough it gets. it would be better to face with intelligent honest rational people by our side, than with a bunch of backstabbing hysterical crazies, which tragically is what the Republican party has rotted into, the MAGApublicans. You go you trumpster fire eaters.

In a way it’s not hard to grasp why the masses and the leaders do all they can to ignore and deny, the coming reality is too horrify to face. So we do what we do on a sinking ship, let the band play on and not look towards the future.

Old Charlie stole the handle
And the train it won’t stop going
No way to slow down.

Old Charlie stole the handle
And the train it won’t stop going
No way to slow down.

Yeah, we know how the song goes,

Trouble ahead, trouble behind

Trouble with you is the trouble with me
Got two good eyes but you still don’t see
Come round the bend, you know it’s the end
The fireman screams and the engine just gleams…