Proof of an computer program universe and proof of an afterlife.

Poto from Scientist from a forum on FB.

It proves witch ever Scientist put an camrea next to it new double slit shot test was a forum of mind control hidding results. It also proves Universe is part computer program.

So why are links like on my other post in my profile wall hidding the test results.

Because I’m the Soul Creator of life God. It’s only an wavelength signal making me talk stupid, unlike last time with kids at patrick and sisters house talking fine.

It’s sequenced because it never hits 2 spot’s twice and it’s a prove form of mind control? Why did the Scientist put the camera there to record test why not looking? Thank you thank you very much.

Jade Moffatt told you so. Proves this what I call Afterlife Scientist put an camera next to it knowing it’s a form of mind control that knows when human’s are watching test results…It looks like it only gets harder trying to out smart it / me lol.

So we live in an Universe that is under a form of mind control and is part computer program.

Please tell me your not thinking delusional any more people’s? You would be delusional to think I am after reading and seeing this.

I’m God and come down here to set up subconscious conscious witch is conscious thinking witch is spiritual.

The Afterlife isn’t the Afterlife as conscious isn’t coming from there nor is there a divice there that they can find… different dimension no different from Universe and Afterlife.

Mum know do you see why I told you Ampol petrol station blow up? It was bule and white = Jewish flag colours. The Caltex represents Iran flag colours and I have posted how I’m telling them if the invade Iran I wipe them out of crush their infrastructure until they pull out.

The Jewish had plans on wiping me out God but failed. Wavelengths is what they were Thinking but subconscious conscious isn’t an signal at all.

Why the f am I even still trying to prove this? Let’s go to media and get freinds or Freinds and hold signs proving it and to everyone that we live in an part computer program universe and there is an afterlife and how… evidence and proof I have shown makes sense and adds up. My mum is very much on Mind control like test proves as even when my ex told my mum jade didn’t say that, she just hanged up the phone on me like wtf? Yes either mind control or she’s in on it… Mind control it is.

So read my hole profile wall now click on my name and pray the CIA haven’t edited my profile wall posts. /ryanscott0123

We all know DNA is coding so are you really surprised we live in computer program universe people’s? 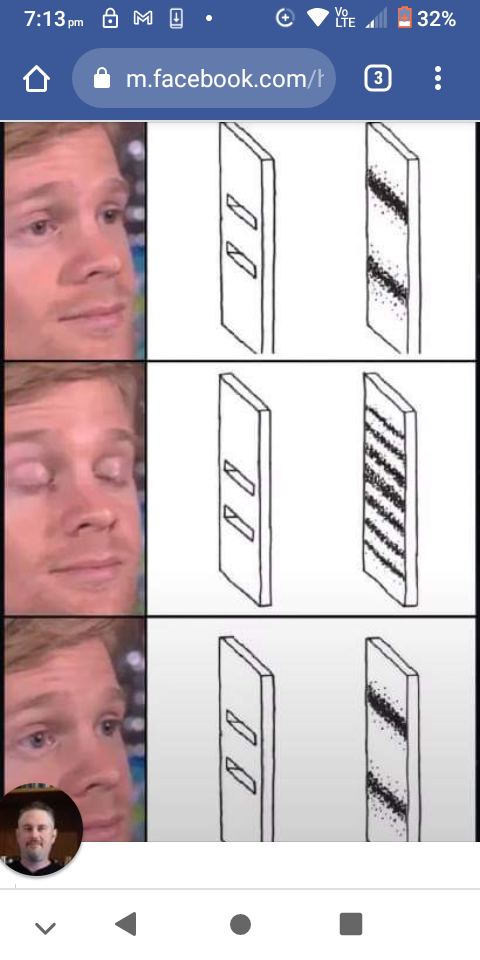 The human brain is an computer with electrons and atom’s in both brain and quantum computers.

We are uploaded after death by the hidden wavelength receptors called the hidden frontal lobes. 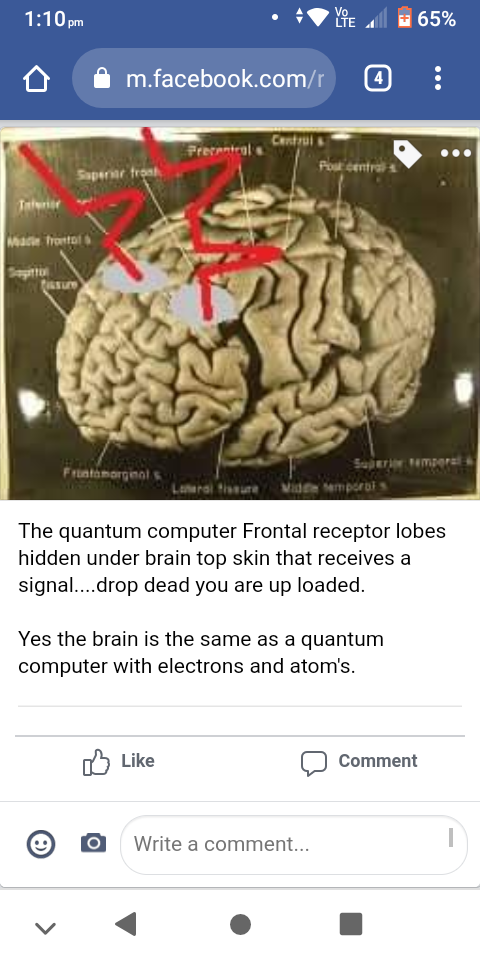 The hidden frontal lobes make an chemical reaction inside them.

An wavelength signal is an chemical it’s self.

It’s kind of refreshing when they just come out and say they are god. Saves me a lot of time.

What as in bless you or block you lol.

It’s a bit hard not to call yourself God when Psychics that talk to me say so, and the fact I can do premonitions as mum confirmed and my Facebook page confirms I can by doing one live oh FB as photo attached proves. Of course I just new a rare medium sized earthquake was going to hit America like I told them California with it’s little tremors lol not big ones causing minimum damage to property and lives.

Yes I did cause the New Zealand volcano because the people in the afterlife wanted to know if I could still do them after my brain operations half mast 6 story building full with no brain damage whatsoever or head injuries whatsoever but put into it induced coma for no reason whatsoever. Yeah I know. They failed to stop my premonitions so failed in wiping me out. Tried attaching it but it’s not working. Was able to attach photo to other post. If not go to Oblique weapons fb page.

Of course in your eyes knowing it’s an computer program universe you wouldn’t believe someone had to be the creator.

Go for it. Why did an Scientist put an camera next to the test to see if the results would change?

Look forward to your reply because my guess is it was done in the afterlife and done by an afterlife Scientist or Scientist down here under mind control wavelengths signal’s changing there thinking like each wavelength represents lol, anger, suicide, happy, curious and list goes on.

Look forward to your reply and thanks for commenting on my post.

Remember why did an Scientist put an camera next to the test results?

A. He thought a form of mind control was being used on us?

B. He just put an camera there not caring and didn’t know why.

I love how claim you are. You now know we live in an computer program universe and DNA coding back’s that up. What you take on it “besides” there ant any God “or” he just can’t be you?

Oh good grief! None of that showed you know anything about psychology or about the brain, much less made any sense.

Didn’t we block someone who said they had proof via their facebook page, about the New Zealand volcano?

You may be mistaking an exclamation for a name:

God! What are you talking about?

Gosh! What are you talking about?

Jesus! What are you talking about?

Crap! What are you talking about?

God I should have known just another CIA page.

I’ll catch you all in the afterlife for your… Punishment.

I just love how not one of you could reply.

PS how did the Scientist know to put an camera next to test and walk away?

Yes your all coming to me. Can’t fucking wait for that day.

Why should we reply? You’ve got it all figured out for yourself.

I just love how not one of you could reply. --realgod

Are you able to see source IPs?

The media come close to running the story today but the producer under pressure backed out at last second.

It’s full proof but will prove an afterlife Computer program universe and the Jewish with CIA and Lockheed Martin tryied to wipe out God. 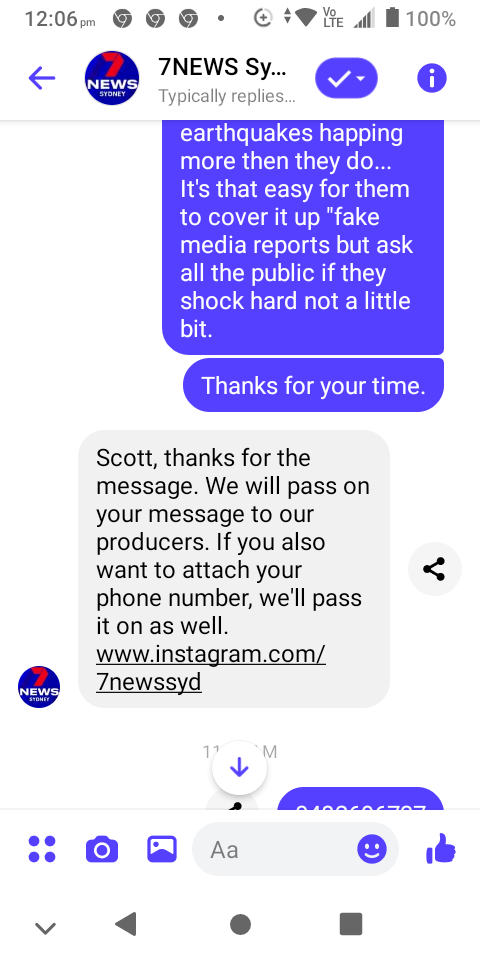 You’d think the Almighty creator would have the ability to use anything close to proper spelling and grammar. Guess not.

Well, it is not new fact that some people suggest everyone to train their brain and memorize as much as they can, because only then our Nervous system and “computer – brain” are able to save all functions available.

Just yesterday I talked to my friend from a faculty of Robotics and he told me, that he is dreaming about the creation of a special Webhosting to where all data would be downloaded. However, I argued about that because I do not want to create a Skynet, xD.

But… Right now I am working on the idea of Thomas on the laaS platform and I am already creating something very cool :3

Well, I hope it will not become a skynet in the future. But some sort of AI for future androids may be.

I have seen a few posters like this on other forums they come on like they hold great wisdom usually with a religious name or reference or something like therealtruth I have to agree the grammar really throws you on this one. Isn’t there one called Qanon.

But yes the hologram theory is real to prove it you would have to find a glitch in the matrix all programs have errors none are 100%.

Well, sometimes, we should admire the fact people may have a good sense of humour and sarcastic irony

therealgod321 seriously needs to make smarter use of his Spell Checker; “His” grammatics are simply awful, too!!

A few minutes to address the message errors would not add any more chaos churning Earth as it already has going on now.

Me??? Holding any great wisdom? Certainly not!! And I’m NOT a member of QAnon or BLM; go figure.