I heard this in the car this morning. 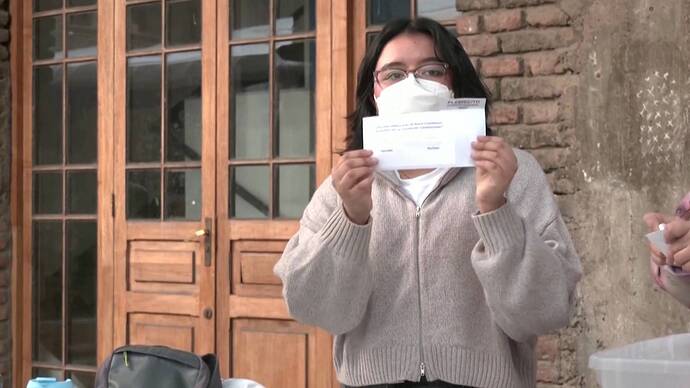 Chile Goes Back to the Drawing Board After Voters Overwhelmingly Reject New...

Voters in Chile have rejected a new constitution that would have replaced the country’s Pinochet-era constitution and expanded rights for Indigenous peoples and abortion seekers, guaranteed universal healthcare and addressed the climate crisis. The...

When I googled it, I didn’t find Democracy Now, instead, I found a CNN headline that said “Chilean voters reject”. Democracy Now also says that in the headline, but the details of the story are presenting quite differently. CNN mentions Pinochet, without saying anything about how it was the CIA that put him in power. They also don’t say anything about how the right-wing powers have control over the media in Chile and put out a massive misinformation campaign. The voting may have been otherwise legal, but we know how democracy is in danger all over the world.

The good news, they produced a document that recognizes the indigenous, women, and the environment. With 388 articles, maybe their big mistake was putting in too much.