Just another hoo hum day in America. It’s been a long way a coming, the FOX, Koch, oligarch long game. Take a peek under the covers of the hostile takeover of our American government of the people, by the people, for the people. It’s not too late. But, an ugly showdown is coming and so few seem to care. America’s democracy requires an informed and engaged citizenry.

March 11, 2019 The Making of the Fox News White House Fox News has always been partisan. But has it become propaganda? By Jane Mayer

But the photo op dramatized something else about the Administration. After members of the press pool got out of vans and headed over to where the President was about to speak, they noticed that Sean Hannity, the Fox News host, was already on location.

Unlike them, he hadn’t been confined by the Secret Service, and was mingling with Administration officials, at one point hugging Kirstjen Nielsen, the Secretary of Homeland Security. The pool report noted that Hannity was seen “huddling” with the White House communications director, Bill Shine.

After the photo op, Hannity had an exclusive on-air interview with Trump. Politico later reported that it was Hannity’s seventh interview with the President, and Fox’s forty-second. Since then, Trump has given Fox two more. He has granted only ten to the three other main television networks combined, and none to CNN, which he denounces as “fake news.”

Hannity was treated in Texas like a member of the Administration because he virtually is one. The same can be said of Fox’s chairman, Rupert Murdoch. …

... Hemmer argues that Fox—which, as the most watched cable news network, generates about $2.7 billion a year for its parent company, 21st Century Fox—acts as a force multiplier for Trump, solidifying his hold over the Republican Party and intensifying his support. “Fox is not just taking the temperature of the base—it’s raising the temperature,” she says. “It’s a radicalization model.”

For both Trump and Fox, “fear is a business strategy—it keeps people watching.” As the President has been beset by scandals, congressional hearings, and even talk of impeachment, Fox has been both his shield and his sword.

The White House and Fox interact so seamlessly that it can be hard to determine, during a particular news cycle, which one is following the other’s lead. All day long, Trump retweets claims made on the network; his press secretary, Sarah Sanders, has largely stopped holding press conferences, but she has made some thirty appearances on such shows as “Fox & Friends” and “Hannity.” Trump, Hemmer says, has “almost become a programmer.”

Fox’s defenders view such criticism as unfounded and politically biased. …

That good ol victim card, the “libertarian” right wing has perfected to such a disgusting art form.

But, fundamentally when it comes down to what it means to be a decent human, these people are not one iota better than protected rich juvenile delinquents, destructive as hell, but also as absolutely pathetic as they get. Gonna be a hell of a show, then the weather goes to hell.

Just goes to show for ever action there is a reaction.

Oh jez, that the best you can come up with?

How about that’s what millions and billions of dollars can buy ya, if your ruthless and sociopathic enough.

And yes, yes, yes your faction has always existed - people for whom profits and wealth and power was all that mattered, and all but their own personal interests be damned. And yes, Mike you can live in that shell of smugness knowing that your team won, but all your team has to offer is a future of self-cannibalism, symptoms are showing up everywhere as we waste words. Like you say for every action there’s a reaction.

Still angry about Trump in the White House? Pathetic.

I for one think it’s a shame how emotionally crippled liberals are. It didn’t used to be that way, but it is now.

Why not? A cheat, a liar, couldn’t give a flying fuk about America, loves the dictators of the world, Russians’ have him by the balls.

WTF this is not normal or acceptable, Lord of the Flies is not a good thing.

The good news is that a lord of the flies scenario is not happening.

The bad news is your kind believe it is. Normally I’d say get professional help — but it probably doesn’t matter at this point.

The sad part is the far left regressive can’t see past themselves. My God what a different world and the lives that would be saved if all Americans backed a President like Trump. We could change the world and make it a safe place for all to live with opportunities for all. A capitalists system needs a good capitalists to lead. And that’s what we got with President Trump.

I don’t think the far-left is even the problem.

It’s regular liberals who have lost their minds. They flat out can’t adjust to somebody like Donald Trump in office. Far left can deal with it as they are motivated by the current situation.

Also its worth pointing out that the far left is generally young and regular liberals are generally old.

Keep it in the bubble folks.

If bowing down to a compulsive liar and narcissist and dead beat thug, (not to mention being so in love with totalitarians that he’s become Putin’s stooge) is your thing… 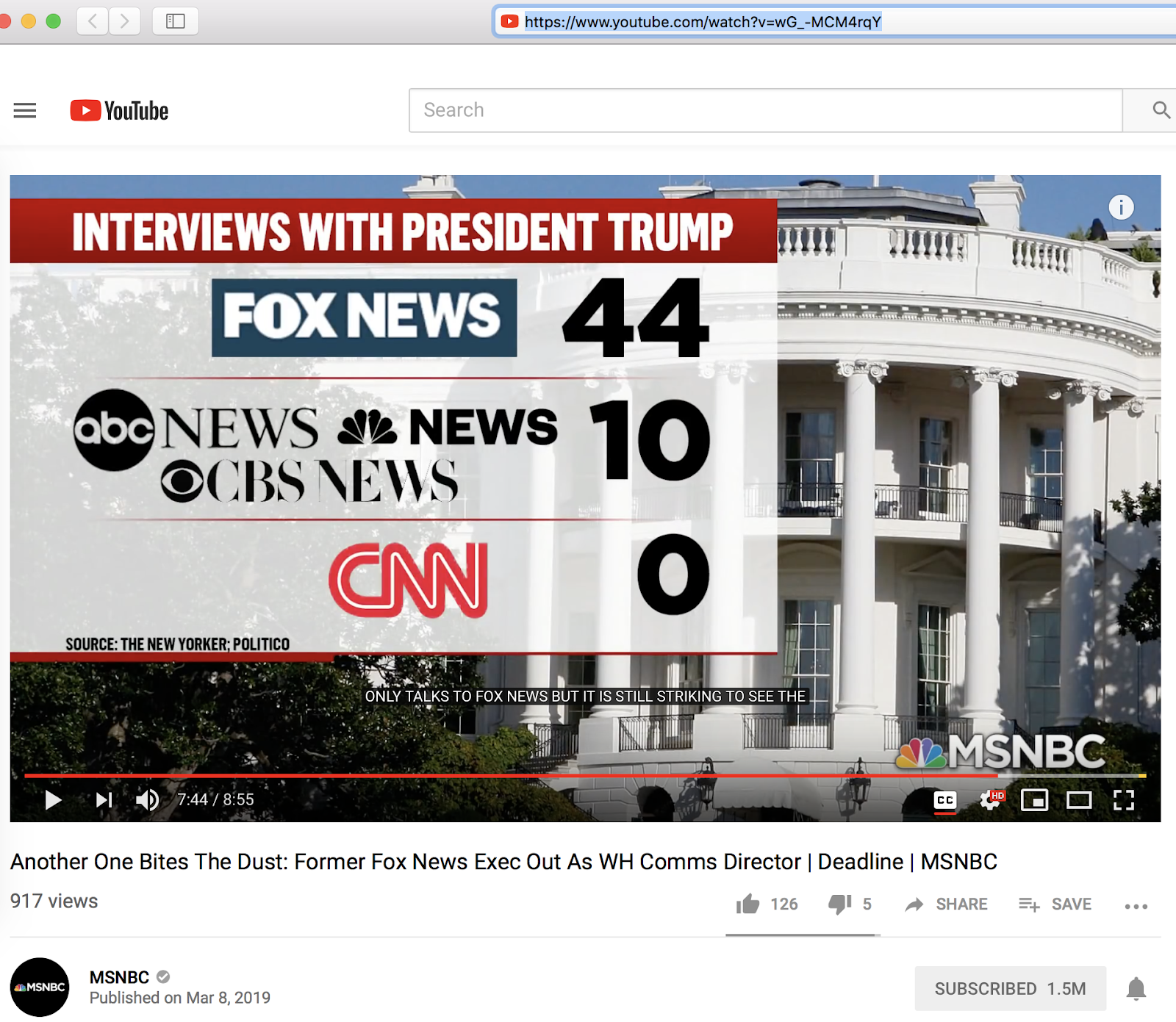 Your so funny. So, blinded by hate. You pick a story by MSNBC that says “Another One Bites The Dust:”

You have no problem posting junk. What did he get fired for? Would be the question that comes to the normal mind. Can you answer that?

Thanks for the link CC, I’ve been wanting to catch up on that story. I can’t figure out how anyone can look at that verifiable information and not call for Trump’s ouster. I understand why politicians have to temper their words, but if enough people called for it, it would happen. The things that have come out and continue to come out and traceable examples of the same sort of things they say Hillary did. They say she made a deal with Russians for nukes, well, with Trump, he made deals and we have the receipts. I’m sure Mueller has recordings and transcripts far worse than anything Nixon said.

As Mike says, what goes around comes around, but you have to go back to Kennedy to find anything even close. If you go back further, the relationships with newspapers was even worse, but that was before the type of journalism that developed in the middle of the last century. What FOX is doing is worse now, because they pretend to be living up to the standards of Edward R Murrow while they are acting like Hearst. Not to mention the advancements in social media and propaganda techniques.

Mike, why are you playing offended?

You tell me what did he get fired for? and does it matter to the real heart of this story and the problem?

What ‘deals’ are we discussing? 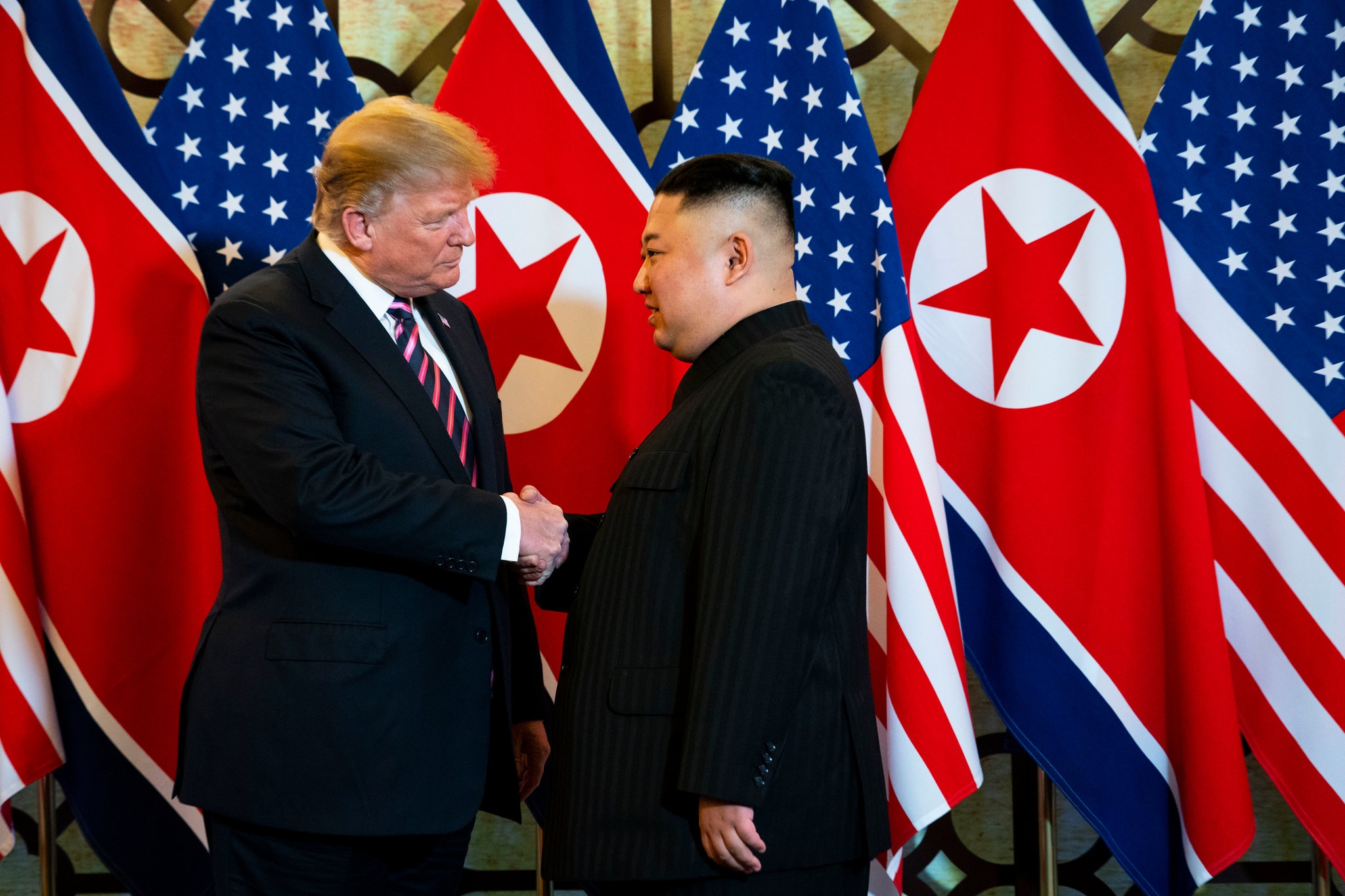 Now here’s are Rorschach test for us!

What does Putin body language tell you?

Do you ever think that we will reach a point with Russia where we could be friends? I mean, how long now has Russia been our number one enemy? Wouldn’t it be great if we could get along and maybe work on big world projects together? Do you ever think that we would be able to work together on something as big as a space program together? Of course, they would have to be our friends to do that, because it requires trust and coordination together in many phases of technical and political areas. Just a thought.

Sure, we can be bff’s with Russia as long as we help him rout NATO and re-establish the USSR (as his own personal autocratic kleptocracy).

Trump would likely be in favor of such as he seems to crave becoming the #1 autocratic kleptocrat (i.e. mob boss) of the U.S.

Do you really think that in this day and age that anyone wants to re-establish the USSR? Or are you quoting Western propaganda? In contrast, Russia actually wants to join the OIC. Russia is a mess. The former superpower now has an economy smaller than Canada’s. It’s GDP per capita is on the same scale as your average Caribbean nation. It manages to export less than Switzerland. And while military spending as a percentage of government expenditures is still one of the highest in the world, it only amounts to 10 per cent of America’s budget—less than what Saudi Arabia spends.

The homicide rate is six times ours. It has one of the worst incidences of alcoholism in the world and one of the highest suicide rates. The Russian man has a lower life expectancy than a male born in Pakistan, and the fertility rate has crashed.

Russia’s greatest challenge: simple demographics. It’s shrinking. The population size peaked in the early 1990s and has been declining ever since. It is expected to fall another 20 per cent by 2050. Putin says the problems facing his country are low incomes, a lack of normal housing, the level of medical services, quality education and providing enough food for everyone.

I traveled around Russia on goggle. The biggest building in the center of most towns was the church. It was common for the schools to have gardens. There seemed to be two Russia’s. The big city, like any other big cities in the world and then the county people, going back in time.

Russia is more Christian than America today. Russia’s population is close to that of Japan or Mexico. Countries that we must help.

I followed the Crimea actions. Putin did the right thing for his people. I really got to hand it to him as being a leader and backing his people. Crimea was a total Hillary Clinton screw up. And Hillary’s part was kept out of the media. John Kerry took over as Secretary and he was not any better.

RT is more transparent and less bias than most of our news outlets. That is amazing.

Why did you use the term “kleptocracy”? Afraid to say socialist. We can call Russia, democratic socialists. After all they vote too. Russia today is where the democrats are trying to get to.

The President is supposed to be the boss of the U.S. Is that what you called Obama, mob boss? With the what is being uncovered today about the Obama Administration, one would think the RICA Act could apply. If Mob Boss is what it takes to drain the swamp and stop the Deep State. I’m all for Trump being the mob boss.

Just another day at FOX editing the news to fabricate their own story.