Fox News, at apex of 'ecosystem of disinformation.'

Will this develop into something meaningful?
Will the maga monster disinformation outlet FOX be brought to their knees?

Jeremy Peters, media and politics reporter for The New York Times, and David Plouffe, former Obama campaign manager, about the $1.6 billion defamation lawsuit filed by Dominion Voting Systems against Fox News, for which Rupert Murdoch is sitting for a two-day deposition, and the corrosive effect Fox News has had on U.S. politics and Murdoch’s media empire has had on politics around the world.

Here’s an interesting examination of how we got here, that is, the hideous state of US societal-mental-health-&-civility index.

After spending a few thousand words examining primary causes for the past half century slide into politics by tactical slander, ruthless disregard for honesty & truth, bent on emotionalizing and raising gut passions of resentment & hatred, rather than rational problem solving, learning, critical thinking, honest/good-faith debate cooperation, pluralism - Kevin Drum gets down to brass tack and focuses on FOX. Something that’s been obvious from it’s first few seasons, and one of those things sleepy Democratic Party didn’t take seriously.
Nor did Democratic Party do anything to establish a system to expose and confront the deliberate falsification of scientific facts, and the general manufacturing of “facts to suit” that FOX was practising, right from the gitgo. 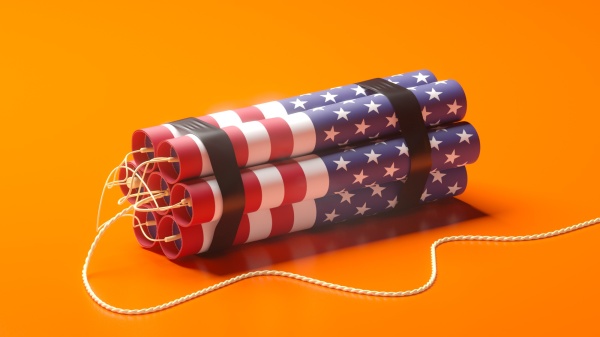 The real reason Americans are so damn angry all the time

We are at war with ourselves, but not for the reasons you think.

KEVIN DRUM - September+October 2021
We are at war with ourselves, but not for the reasons you think.

Americans sure are angry these days. Everyone says so, so it must be true.
But who or what are we angry at ? …
…

It can’t really be social trends, since most of them have improved too. And most of the specific issues that might cause alarm—immigration, racism, and more—are unlikely candidates on their own. They may be highly polarizing, but in a concrete sense they haven’t gotten worse since 2000. In fact, they’ve mostly gotten better.

To find an answer, then, we need to look for things that (a) are politically salient and (b) have changed dramatically over the past two to three decades. The most obvious one is Fox News.

When it debuted in 1996, Fox News was an afterthought in Republican politics. But after switching to a more hardline conservatism in the late ’90s it quickly attracted viewership from more than a third of all Republicans by the early 2000s. And as anyone who’s watched Fox knows, its fundamental message is rage at what liberals are doing to our country.

Over the years the specific message has changed with the times—from terrorism to open borders to Benghazi to Christian cake bakers to critical race theory—but it’s always about what liberal politicians are doing to cripple America, usually with a large dose of thinly veiled racism to give it emotional heft.