The Republican Party is about as two faced and dishonest and malicious and hateful as can be. Destroying our countries norm seems all they are interested the party of the gold plated con’artists.
How long will regular decent people stand up for their war on civil decency, and our government of check & balances, and laws & order. Authoritarian 21st century carpetbaggers is what they’ve been reduced to. 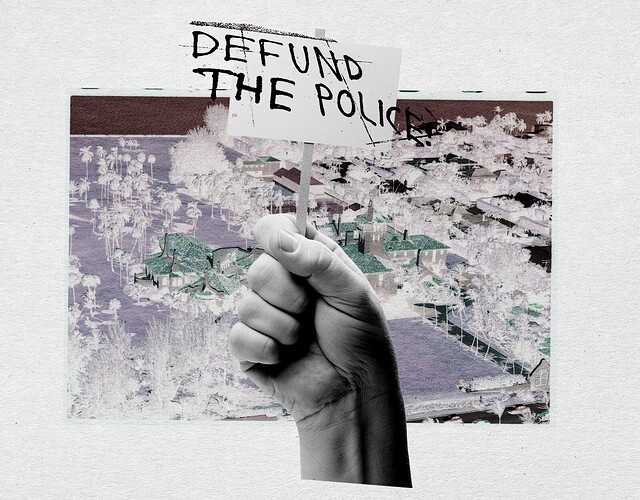 An overnight switcheroo on ‘defunding’ or ‘abolishing’ law enforcement after the Mar-a-Lago search.

by WILLIAM SALETAN
AUGUST 9, 2022
Two years ago, in congressional and state elections, Republican candidates accused Democrats of supporting proposals to “defund” or “abolish” police. Actually, although anti-police slogans were widespread on social media and among protesters, very few Democratic officeholders supported these ideas. But Republicans didn’t let those facts get in the way. They smeared the whole Democratic party as an agent of crime and chaos.

Monday’s FBI search of Mar-a-Lago—reportedly in pursuit of classified documents that former President Donald Trump may have illegally kept when he left office—has turned this issue upside down. Now that law enforcement has targeted Trump, conservatives are denouncing the FBI. Some want to defund the bureau; others are demanding its complete abolition. Here are some of the more egregious reversals. … 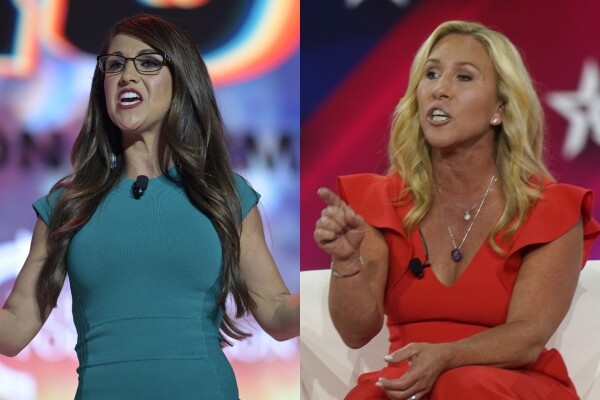 Rep. Marjorie Taylor Greene whined that defunding the Department of Justice would “completely cut out of their budget the ability to persecute Republicans”

As the primary law enforcement agency of the United States government whose self-described mission is “to uphold the rule of law,” the Department of Justice and its associated agencies are essentially America’s police force.
Any efforts to defund or dismantle these agencies would is akin to liberal activists’ calls to reduce or restructure funding for local police forces — a concept Trump regularly used as a scare tactic to push voters away from Democrats.
Yet, as is to be expected, irony is an art that remains lost on the most fervent of right-wing Republicans. 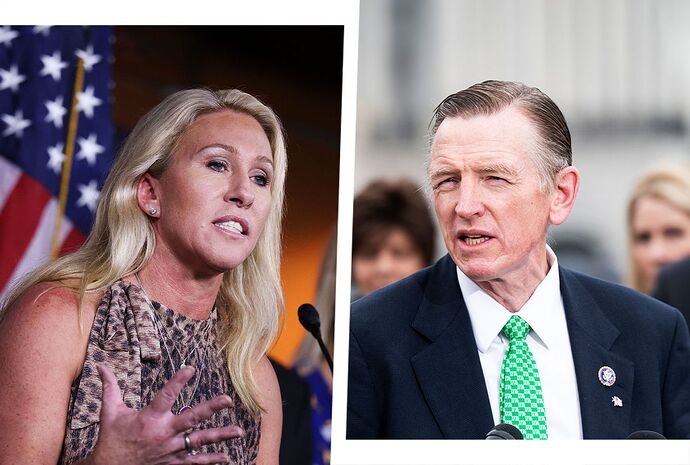 “Defund the FBI!”: Republicans’ pro-police rhetoric goes out the window after...

One Republican Trump ally called for FBI agents to "be arrested upon sight."

Rep. Lauren Boebert, R-Colo., echoed the “banana republic” talking point, calling for the GOP to create a special committee to “investigate the FBI’s politically-motivated raid on Mar-a-Lago and on ALL the fraudulent persecution of President Trump from our government.”

Rep. Jim Jordan, R-Ohio, called on Garland and Wray to testify before the House Judiciary Committee this week.

“What were you really doing? What were you looking for? Why not talk to President Trump and have him give the information you’re after?” Jordan ranted. “This is unbelievable!” …

Why not talk to President Trump and have him give the information you’re after?" Jordan ranted.
Seriously?

Talk of disbanding the FBI has been around for decades at least. It was a thing just a few years ago during the Russian collusion hoax. FBI brings it on themselves because of its long history of corruption.

And calling the FBI “the cops” is a big stretch.

The attack on FBI headquarters has began. I wish the US all the best

Lol, not quite. It’s just the usual suspects peddling nonsense.

The attack on FBI headquarters has began. I wish the US all the best

MSNBC’s Lawrence O’Donnell explains how Attorney General Garland “has handled the most important week of his life flawlessly” and says “Donald Trump has no idea what to say now with Merrick Garland closing in on him.”

Not him. His supporters. It on for young and old

Yes… “Ohio man” has made headlines again.
Must be kinfolk to “Florida man”

Yes… “Ohio man” has made headlines again.
Must be kinfolk to “Florida man”

I’ve begun to wonder if they’ve inbred. If they are kissing cousins or worse.

In regards to “GOP Hypocrisy”

“Words can have violent consequences,” Kentucky Republican Rand Paul, who was the victim of political violence along with his wife outside the Republican National Convention in 2020, told Fox News Digital in a statement. “President Biden needs to realize that his vilification of his opponents is inflaming some of his supporters to violence. As a victim of political violence, both sides need to recognize the consequences of heated rhetoric.”

“An 18-year-old was executed in cold blood by a Democrat political terrorist because of rhetoric like this,” Rep. Marjorie Taylor Greene, R-Ga., claimed on Twitter along with a video of Biden calling Trump supporters “extreme.” “Democrats want Republicans dead, and they’ve already started the killings. Democrat’s political war against patriotic Americans must end!”