Apparently, it isn’t enough that they’re threatening science education; turning back the clock on rights for women and minorities; making America inhospitable to immigrants; flooding posts in local and national politics; have their holy-days as national holidays; and put a nutcase in the White House…

White American Evangelical Christians still feel they are being “censored,” so they created their own special safe place app.

…on, of ALL things, a Randy Rainbow video!!!

I realize it doesn’t matter, but I had to respond. 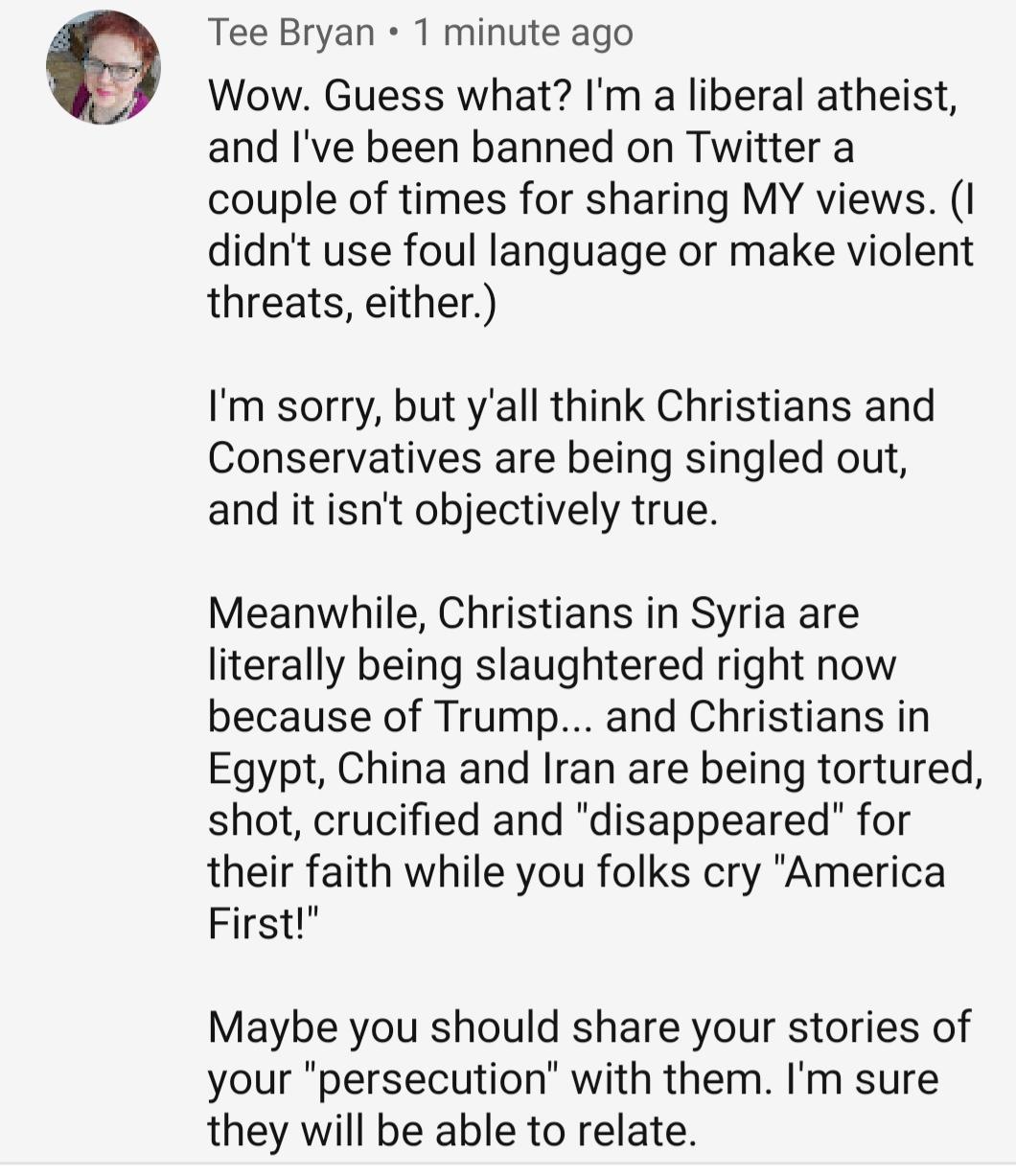 It always amazes me how the vast majority in American invariably see themselves as having no power whatsoever, in a democracy which is essentially “majority rules”. They seem to not understand the very concept of “majority” and what it means. And it’s not just Christians, it’s conservatives too. Many conservatives will openly state that Obama was the most corrupt president ever. The last 6 years he was in office Republicans controlled 2 of the 3 branches of government, yet they were somehow powerless to so much as open an investigation. And for Trump’s first 2 years in office Republicans controlled all three branches of government (which they are currently working very hard to streamline into just the one branch, which will run far more efficiently than the needlessly redundant 3 branches), yet all of Clinton’s murders still go unchecked. What the hell ever happened to common sense?

And it’s not just Christians, it’s conservatives too.

In this context, they are one in the same. It's Conservative Christians who are whining about this. (The app is a pro-Trump advertisement.) You don't hear Liberal Christians worried that the Democrats are going to make the Bible illegal or that atheists spit on them in the streets.

Their view of reality … there are no words.

Whether you liked Obama’s use of executive orders, this: 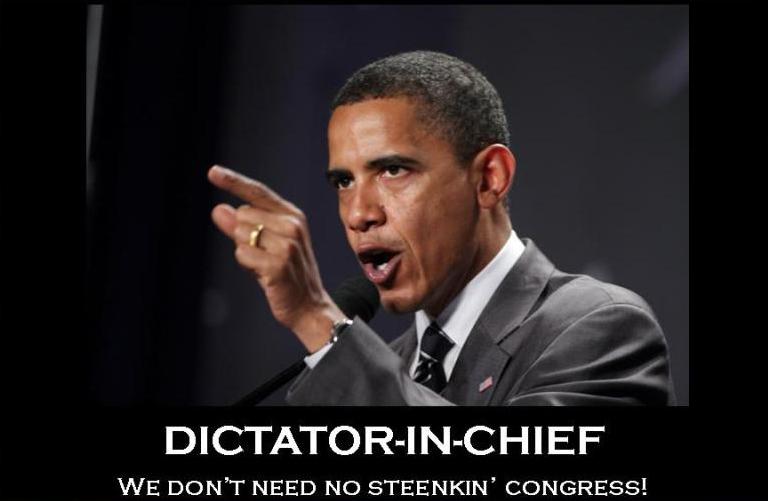 …is INSANE compared to what we have now.

As to the Republicans “storming” into a “secret meeting” to which 14 of them were supposed to have attended anyway, and which is following the rules THEY set for Clinton…

Remember how, for 8 years, the Republicans cried about how the Democrats “rammed through” the Affordable Care Act* in secret, and the GOP and the public had nary a clue about any of it?

This (from my old blog) is the secret, undemocratic, one-sided, partisan process of the passage of the ACA: 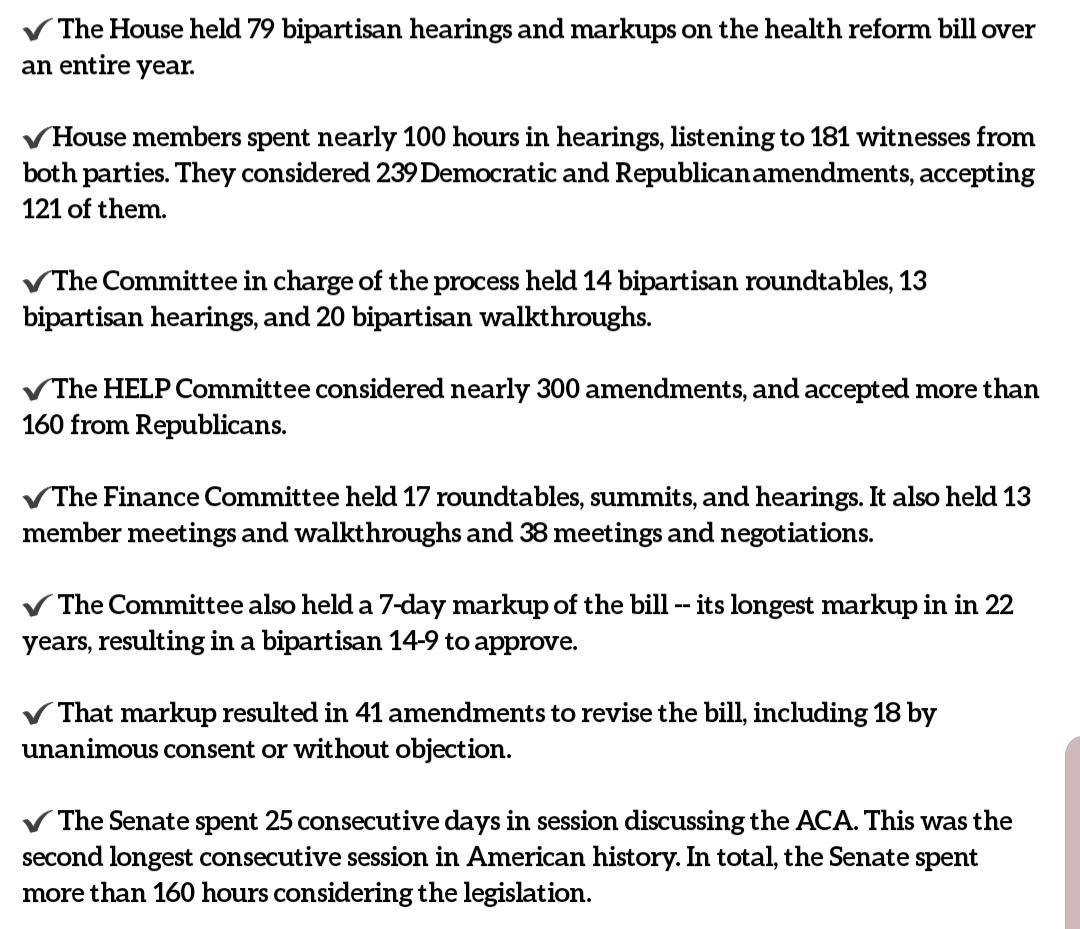 These people don’t know what “fair” is. The entitlement.

*Not to mention the fact that the Individual Mandate was literally invented by Stuart Butler of the Heritage Foundation for his 1986 plan, “Affordable Health Care For All Americans,” as a Conservative response to make health care cheaper and require people to take some personal responsibility for their own health care.

It’s always nice to see Barack Obama, even if it’s in the context of a BS propaganda poster.

It’s always nice to see Barack Obama, even if it’s in the context of a BS propaganda poster.

Evangelicals aren’t bigots, they are fascists, who wants chaos.
They don’t think science is wrong, they know it’s what gives people the knowledge to raise up from poverty, and hence they want to end science, end democracy, end freedom and end the rule of law.

Would you wonder about it, if Barr’s name was Pol Pot?
What about if Miller’s name was Goebel or Kristen’s name, was Mengele?

Well, wake up, cause that’s who they are.

What’s the agenda of the current Republican party?
Depriving the world of the power of science, because as said above, science is what gives people the ability to raise from poverty.

Armageddon is their agenda, not because they want destruction, but because chaos is in their views the only way to stop the coming to age of the contemporary global society, a world in which race and cultural identity are no longer a discriminant and where liberal thinking and tolerance are the leading values.

The denial of climate change isn’t due to stupidity, it’s the agenda to unleash chaos.
While we are distracted with Trump’s nonsensical scandals, we no longer do a thing about climate change and in fact are rushing into it a accelerated speed.

How do you destroy democracy?
You use it to abuse the people, who believe in it.

Paoli, Thank you for your erudite opinion. I agree with you.