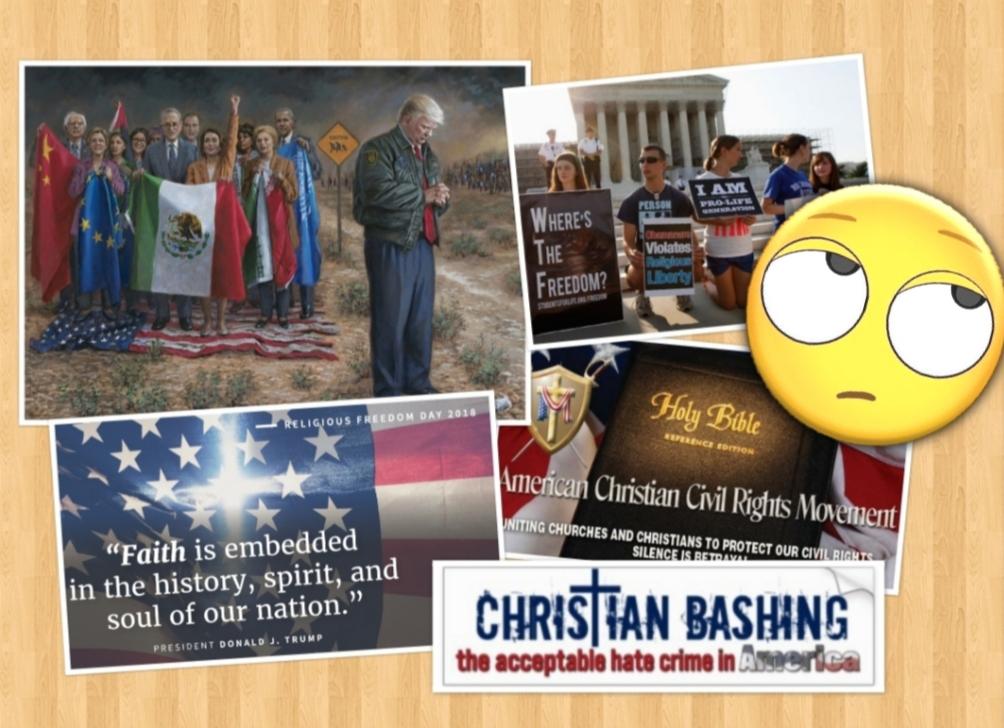 So the Christians in Indiana are in full freakout mode, because their religious objections law is being contested as a violation of LGBTQ rights.

“That is a First Amendment chill,” attorney James Bopp said. “We are legitimately fearful.”

Oh, dear. Being required to be fair to others IS really scary. You know what else is scary?

The spectacle of deadly diseases returning to kill children because of “religious exceptions” regarding vaccines.

The thousands of children who have died, and the untold numbers who suffer needlessly, because of “faith healing” exemptions.

The religious schools and day care centers that are exempt from many regulations regarding building safety, employee background checks, and corporal punishment.

The lack of oversight for homeschoolers. While many good parents – Christian and non-Christian – choose to homeschool for academic reasons, many other parents use it for cover. Virtually all the high-profile cases of extreme abuse and neglect of children in the last few decades have been in families where parents “chose to homeschool…” and their kids were never seen again.

The single group of people – Conservative Christians whose beliefs on childrearing literally require corporal punishment – who are responsible for the USA to be the ONLY country in the UN not to have adopted the Declaration of the Rights of the Child. Somehow, 196 other countries have been able to agree on some basic civil, political, economic, social, health and cultural rights of children, without seeing their societies descend into chaos.

I am so. fucking. tired. of. this. The bizarre narrative that somehow 82% of Americans (who identify as Christians) are under siege is demonstrably false. Yet it helped elect this President, because he promised them “religious freedom” (them = Conservative Christians).

And his Evangelical groupies are SO GRATEFUL he overturned Obama’s ban on saying Merry Christmas!!*

There is absolutely nothing wrong with personal faith. In no way do I think America should limit the rights of Christians (or anyone else) to worship. But there IS a problem when your personal faith hurts other persons. (Actual living, breathing, post-born persons.)

American Evangelical Christians complain about “persecution” in the US. They should share their troubles with Christians in Syria, Iran, North Korea and China, who are literally imprisoned, tortured and executed for their beliefs.

Enough. The #ChristianPrivilege in America needs to be put under the spotlight for all to see.

As atheists we do theoretically have the constitutional protections that religions do.

I think we should have holidays that celebrate the truth that there is no god. Probably just one such holiday per each religious holiday.

I thought there would be more discussion on this, but thanks, @Timb.

It’s a relatively new thing, and not “official,” but it’s something. The best thing about having a “_______ Day” is that it provides a good hook to contact media and talk about the topic.

Of course, people have to be willing to talk to local media about their atheism. Which is bizarrely problematic in the USA today.

I live in Madison, Wisc., one of the most secular and politically liberal mid-sized cities in the US, about 2 miles from the Freedom From Religion Foundation.

About 5 years ago I was helping to establish a local chapter of Sunday Assembly when I was laid off and changing careers from journalism to marketing.

Dubbed “an atheist church,” it was envisioned as an organization to provide non-believers with the same social structure believers have … a place to meet others like ourselves, celebrate births, support one another through illness and death, and do social service. At the time, SA prohibited any negative references to religion. The emphasis was 100% on Positive Vibes.

As a member of the board and VP of PR, I worked pro bono for weeks on promotional materials, a website and social media to use in my professional portfolio. They were super non-offensive, like this one.

And I published an article in my own newspaper about our upcoming launch, and the volunteer projects we’d be doing in low-income area.

This is what happened:

I got threatening phone calls and emails at work, including one guy who told me that someone should round up us atheists and drop us in ISIS Territory since we aren’t real Americans.

A job-hunting coach employed by the State – without even LOOKING at my materials, 2 minutes into our meeting – told me not to include anything about SA in my resume or portfolio, because “No one wants to hire atheists! They know how hateful and angry you people are.…” She launched into a long tirade, suggesting atheism was the reason I’d been laid off (I’d been a pastor’s wife for 9 of the 10 years I was there). She suggested I become born again right there, and told me that she could not change the color of her skin (black), but I could change my heart. When I wept, she told me that it was good I was crying, because it meant I knew the state of my soul.

At our launch, which included a pot-luck and uplifting music, we had to have a bomb squad there because of threats. Later, we had difficulties finding a location for our weekly meetings.

After a year or so we just gave up.

THIS HAPPENED IN MADISON. LIBERAL MADISON.

I notice that almost all the sponsors are ex-Muslim groups. I can whine about being an ex-Christian, but as bad as that is, at least I don’t have to worry about getting literally killed. Well…probably.

A job-hunting coach employed by the State — without even LOOKING at my materials, 2 minutes into our meeting — told me not to include anything about SA in my resume or portfolio, because “No one wants to hire atheists! They know how hateful and angry you people are…”

This ironical statement sums up the disingenuous attitude of all “fundamentalists”, while they are pointing at some passage in the bible where an angry god is “smiting people down” for alleged “bad behavior”. The insanity of this perspective astounds me still.
widdershins October 8, 2019, 12:52pm #5

We’ve seen this all before. What happened after the Civil Rights Act passed? We got Confederate monuments and laws meant to punish the “offenders”, the people who would dare demand equal rights. This is the natural push back from the gay rights movement and I’m afraid our grandchildren will still be talking about it after we’re gone just as we’re still not over the push back from the Civil Rights movement. It’s very tiring to think about, the slimy, deceitful nature of these pieces of human excrement in their fight to keep hold of power they never should have had to subjugate and punish people who aren’t like them. Even now they claim that monuments to American traitors, who wouldn’t even be Americans had they won the war, are about “history”! We have to preserve “history”! We all remember history class. Every day we’d drive to a different statue and look at it, maybe read the plaque to learn about some historical event. The teacher never spoke and there were no books, we just went to a statue, stared at it and learned history. Because that’s how history works. It disgusts me that American southerners worship traitors who started the bloodiest war in American history just so they could continue to own human beings as property. And it will disgust my grandchildren decades from now when they consider the newest tricks these jerks are pulling to continue to subjugate the LGBT community.