France has voted and has reelected M. Macron

To let you better understand, We vote twice.

Any one who can get 500 sponsors given by elected people in at least 30 departments can be candidates to the first vote.

The 2 candidates who get the most votes are candidates to the second one, 2 weeks after the first vote.

M. Macron, the incumbent president got 27, 85 % of the effective votes, once deducted the abstentions, the blank and null votes. He can be classified as traditional democratic right, rather a liberal about the societal issues.

Mme Le Pen, ultra right, who presents herself as the defenders of the Poors , when they are French , got 23, 15 %.

M Mélenchon, got 21, 95 %. He is the inheritor of the French left, mixing a social-democrat view of the matters, with some views inherited from the past. He has an authoritarian streak, and could become a Maduro, if in power.

The fourth, M Zemmour, from the traditional ultra-right got 7, 07 % of the votes.

Other candidates got each less than 5 % of the votes.

M. Maron and Mme Le Pen were qualified for the second vote, because the left was unable to unite,each wanting to build a balance of power for the upcoming legislative elections and taking care of his inflated ego.

With many reserves, enough of left voters voted for M Macron to block the way to power to Mrs Le Pen.

It means that France is divided in 3 roughly equal blocks, 2 of them rejecting M. Macron policies.

Given the French electoral system, if ultra-right and left unite, each on its side, anything can comes out from the next upcoming legislative elections.

I can add that the party “les Républicains” the inheritor of the traditional right of M. Pompidou, Giscard d’Estaing, Chirac and Sarkozy has almost disappeared, his leaders divided between Mrs Le Pen, M Macron or trying to survive by themselves.

In the same way, the socialist party, the inheritor of the social-democracy of M. Mitterrand, Jospin and Hollande, has almost disappeared, his leaders divided between M. Macron, M. Mélenchon, or trying to survive by themselves.

To speak truly, in fact many of the leaders of theses parties have rallied M. Macron these last years.

The main responsible of the progress of the ultra right are the persona of M Macron and his policies.

Something about Macron’s wife creeps me out. There’s something in her eyes that says to me that she shouldn’t be trusted. 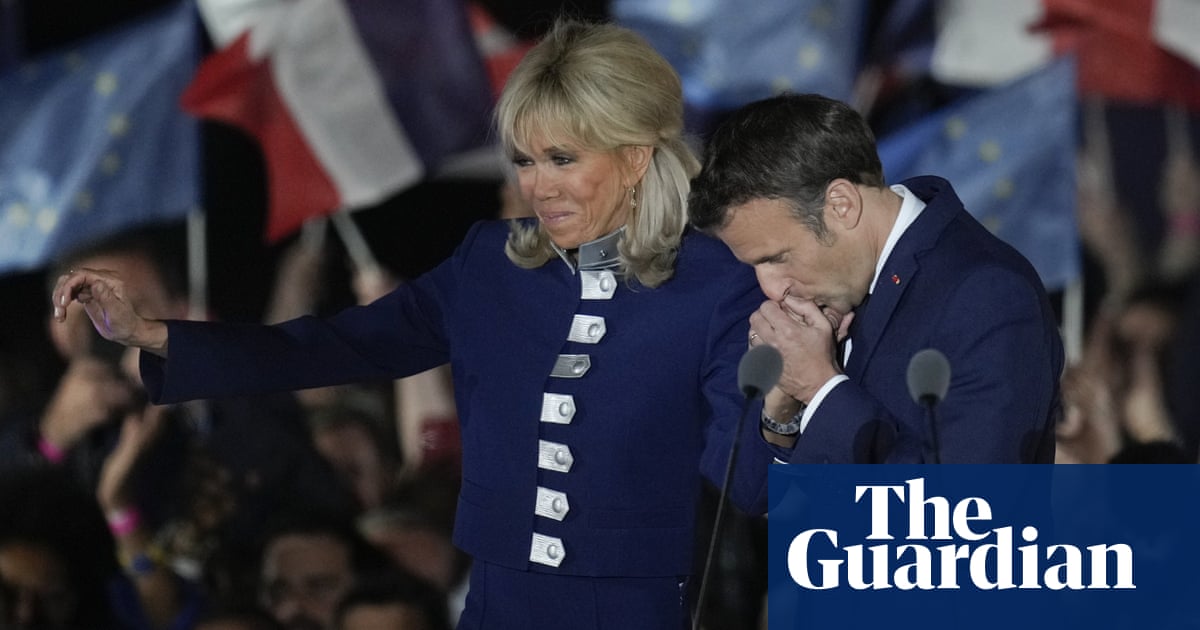 Of course Le Pen isn’t too much different. She looks even more untrustworthy, but I don’t vote by looks. Even so, both women creep me out, for some reason and I haven’t read much about them, except for what you just said.

The issue is that he wants to change his methods, not his policies.

Macron and his wife met when he was a teen ager and she was a teacher. they say that nothing inappropriate arrived before he came on age.

Brigitte Macron is from a rich family of north of France, managing a food firm specialized in luxury items.

I don’t either judge the people on their looks.

The issue is that he wants to change his methods, not his policies.

I was showing the article I read about him and how the pics of him and his wife came across to me. I really don’t think either of them are going to be good for France and the May to September romance, starting when he was a teen, confirms what I sensed about her though. Don’t know if it was the article, what you said, or both that influenced how I felt when looking at her though.