Hi
Has anyone had like an awakening in atheism or science?

woke up this morning. I’ve been thinking about atoms for a long time – I can’t even explain it…
Its like I know that we are all made of atoms – presumably atoms don’t have a colour or texture on their own. We are all made of carbon and oxygen and other atoms as well. If we are all made mainly of carbon then how come we aren’t the grey colour. How come the come sky is blue in one part on then on the other side a of cloud its grey. I’m not asking for the answers as I have an ok-ish grasp of why there are all different colours. I can appreciate that carbon atoms for example are or any atoms might be combined together which then can forge different colours even if they atoms are all carbon atoms e.g like in diamonds. Anyway the appreciation about atoms being compressed together in different ways was the penny that dropped.
So my question really is – has anyone else had like an awakening in atheism or science.

I posted this to ChatGPT the AI chatbot and its response was interesting also - it made no judgement about whether my awakening we constructed with incorrect science :

It sounds like you had a moment of realization about the nature of atoms and how they can combine to create different colours and substances. This is a common experience for many people when they learn about the basic building blocks of matter. It can be an exciting and illuminating moment to understand the fundamental nature of the universe at a deeper level.

As for your question about whether others have had similar awakenings or moments of realization about atheism or science, it’s difficult to say. People can have a wide range of experiences and epiphanies when it comes to learning about science and the natural world, and everyone’s journey is unique. However, it is common for people to have moments of enlightenment or newfound understanding as they learn and explore new ideas.

I put the same question the chatbox again and it changed it response - I prefer this one I think but both are good:

It sounds like you’ve had a moment of realization about the fundamental nature of matter and the universe. It’s great that you’ve been thinking about these concepts and have developed an appreciation for the complexity and beauty of the world around us.

My Eureka moment was :
Mathematics is the language of the Universe, Galileo Galilei 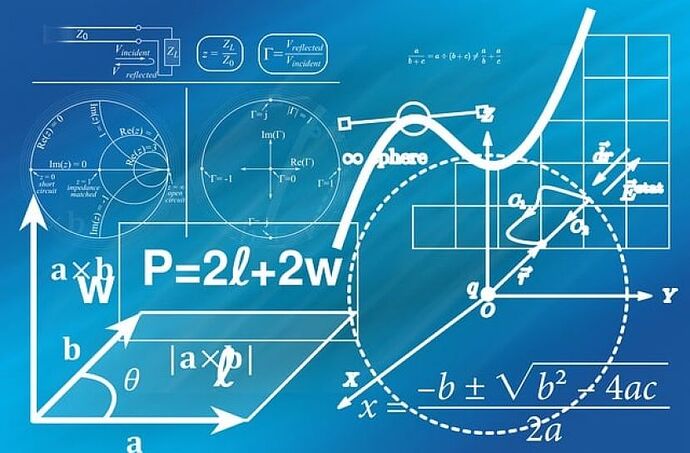 Mathematics: The Wonderful Language of the Universe - Imphal Times

Let us discuss the very nature of the cosmos. What you may find in this discussion is not what you expect. Going into a conversation about the universe as a whole, you would imagine a story full of wondrous events such as stellar collapse, galactic...

My moment of shock was when I studying religion, philosophy, and mythology. It hit me hard that it was basically all the same (long story as to what I mean) and it truly is nothing more than a means to control the vulgar masses. I think I walked around in a daze for almost a day after I realized none of it is true. Science was only the icing on the cake, for me.

I could go way back, when I had my Bible Bedtime Stories, that I think my Grandmother gave me, and I wasn’t sure why, but then in school we studied the Greek gods, and I realized the Bible was in that same class. But there were many years of uncertainty, pantheism, hallucinogens, and progressive Christianity. When I tried to work through the proofs of gods, I started seeing cracks in all that, then the stories of people who were harmed by religion, and the inability of church leaders to address the issues, forced me to work it out on my own.

So, the awakening. That came while driving to work on a Fall day. I love the Fall colors and that year I had been reading up on evolution, having realized I may not have been paying full attention back in my school days. I’ve always felt my concern for the environment stems from the very natural feelings we all have of enjoying a scenic vista, or the smell of fresh air. The colors and smells that plants put out also are there to attract or repel predators, and who knows what else, and sure, sometimes it’s just coincidence that it all comes out esthetically pleasing. At that moment, I connected my pure pleasure of the experience and the deep time appreciation of all the reactions and mechanisms that happened to create that moment. I didn’t set aside the science so I could enjoy it, the facts about how the moment came to be added to my enjoyment.

My awakening was progressive.

It began when i was very young as I was bored when in a religious ceremony. for me it was senseless.

From there, the church was seen as a very faillible institution.

Next step, the religion itself became senseless, no more true or false than other religions.

At last, every religion were seen as mythic.

And to construct DNA only 4 different atom elements are needed according to the ChatGPT bot so there must be life on other planets too imo :

DNA is made up of a sugar-phosphate backbone and four types of nucleotide bases: adenine (A), cytosine (C), guanine (G), and thymine (T). These molecules are made up of the following atoms,

There may be trace amounts of other elements present in DNA, but these are the main ones.

And to construct DNA only 4 different atom elements are needed according to the ChatGPT bot so there must be life on other planets too imo :

Precisely!
Not only are only 6 total elements needed for biology, and these elements are abundant in the universe and have been there almost since the very beginning of matter formation.
Which elements are found in living organisms?

Which Elements Are Found in Living Organisms? Six elements on the periodic table account for 97 percent of your body’s mass: carbon, hydrogen, nitrogen, oxygen, sulfur and phosphorus. Not coincidentally, these elements exist in great abundance in the Milky Way galaxy and beyond. Human beings are, as a popular saying suggests, stardust.

What Are the Six Main Elements in Living Organisms? | Sciencing

If you have not yet watched this excellent synopsis by Robert Hazen of the likely history and evolution of abiogenesis on earth and by extension in the universe.

And if you have and liked his style, check out his other lectures on YouTube.
This is the latest state of the science of origins.