A lot of talk on this site lately about conspiracy theories and where’s the facts on cover-up operations. Up all night watching the last election. I was upset about the system used and the numbers. Looked like in several close calling states there was a lot of fraud taking place.

Dinesh D’Souza has put together a movie called; 2000 Mules. Going to watch the movie in the coming week and see if I can get a solid viewpoint on the last election.

I would be interested to see how others see the movie.

This should cover it

A film debuting in over 270 theaters across the United States this week uses a flawed analysis of cellphone location data and ballot drop box surveillance footage to cast doubt on the results of the 2020 presidential election nearly 18 months after...

Yea, I picked up on that pathway claim of gaping holes. But I watched a couple of D’Souza responses.

The U.S. News article you posted is political bias. Reason. Watch the Trailer. On the claim that it was cold, and people wore gloves because it was cool outside is mis-leading. Yes, it was cold. And they were wearing coats. But after dropping the ballots you see the nitrile gloves removed and discarded in the trash can.

It’s just a non starter on its face. If 2000 people were involved in this smuggling, who paid them? Who recruited them? There is no way that all of them have remained silent. Breaking this story would be worth a ton of cash

Oh that D’Souza, Mike why am I not surprised. Your kinda guy?

The End of Racism

In 1995 D’Souza published The End of Racism , in which he claimed that exaggerated claims of racism are holding back progress among African Americans in the US; he defended the Southern slave owner, and said that “The American slave was treated like property, which is to say, pretty well”.

[48] D’Souza also called for a repeal of the Civil Rights Act of 1964, and argued: “Given the intensity of black rage and its appeal to a wide constituency, whites are right to be nervous. Black rage is a response to black suffering and failure, and reflects the irresistible temptation to attribute African American problems to a history of white racist oppression.”[49]

Paul Finkelman commented on D’Souza’s trivialization of racism, and said, in a review article called “The Rise of the New Racism”, that much of what D’Souza says is untrue, and much is only partially true, and described the book as being “like a parody of scholarship, where selected ‘facts’ are pulled out of any recognizable context, and used to support a particular viewpoint”.

In Finkelman’s opinion, the book exemplifies a “new racism”, which “(1) denies the history of racial oppression in America; (2) rejects biological racism in favor of an attack on black culture; and (3) supports formal, de jure equality in order to attack civil rights laws that prohibit private discrimination and in order to undermine any public policies that might monitor equality and give it substantive meaning”.[59]

The conservative black economist Glenn Loury severed his ties with the American Enterprise Institute over the organization’s role in the publication of the book. Loury wrote that the book “violated canons of civility and commonality”, with D’Souza “determined to place poor, urban blacks outside the orbit of American civilization.”[60][61]

American Enterprise Institute - why am I not surprised.

A film debuting in over 270 theaters across the United States this week uses a flawed analysis of cellphone location data and ballot drop box surveillance footage to cast doubt on the results of the 2020 presidential election nearly 18 months after...

CLAIM: At least 2,000 “mules” were paid to illegally collect ballots …

THE FACTS: True the Vote didn’t prove this. The finding is based on false assumptions …

. . . . .
CLAIM: In Philadelphia alone, True the Vote identified 1,155 “mules” who illegally collected and dropped off ballots for money.

THE FACTS: No, it didn’t. The group hasn’t offered any evidence of any sort …

. . . . .
CLAIM: Some of the “mules” True the Vote identified in Georgia were also geolocated at violent antifa riots in Atlanta …

THE FACTS: Setting aside the fact that the film doesn’t prove these individuals were collecting ballots at all, it also can’t prove their political affiliations. …

. . . . .
CLAIM: Alleged ballot harvesters were captured on surveillance video wearing gloves because they didn’t want to leave their fingerprints …

THE FACTS: This is pure speculation. It ignores far more likely reasons for glove-wearing in the fall and winter of 2020 — cold weather or COVID-19. …

. . . . .
CLAIM: If it weren’t for this ballot collection scheme, former President Donald Trump would have had enough votes to win the 2020 election.

THE FACTS: This alleged scheme has not been proven, nor do these researchers have any way of knowing whether any ballots that were collected contained votes for Trump or for Biden. There’s no evidence …

This is part of AP’s effort to address widely shared misinformation, including work with outside companies and organizations to add factual context to misleading content that is circulating online. Learn more about fact-checking at AP.

Few people listen to D’Souza. In fact, some even debunk him, because his rational is flawed.

In 1995 D’Souza published The End of Racism , in which he claimed that exaggerated claims of racism are holding back progress among African Americans in the US; he defended the Southern slave owner, and said that “The American slave was treated like property, which is to say, pretty well”.

This is a prime example that his rational is flawed, because slaves in the U.S. were not treated well. In fact, some areas they were treated worse than other slaves- like the Florida Keys.

It’s just a non starter on its face.

Agree 100%. That is on the list to get answered when I watch the movie. I do remember a reporter riding with a guy who had hundreds of mail in ballots in his car on some kind of voting scam. I didn’t take any information down because I thought it would be a big thing and I would hear more. Never heard another word.

Probablt because it didn’t happen

Probablt because it didn’t happen

I was kind of hopping it will be in this movie.

Background of the system in Philadelphia before the election as an example.

We know election fraud is not new. One of the goals is to get an idea if it is happening. And how much is going on. One would think that it would have to be enough to tip the scales otherwise it would just be a waste of time.

Demuro admitted that while serving as an elected municipal Judge of Elections, he accepted bribes in the form of money and other things of value in exchange for adding ballots to increase the vote totals for certain candidates on the voting machines in his jurisdiction and for certifying tallies of all the ballots, including the fraudulent ballots. Demuro further admitted that a local political consultant gave him directions and paid him money to add votes for candidates supported by the consultant, including candidates for judicial office whose campaigns actually hired the consultant, and other candidates for various federal, state and local elective offices preferred by that consultant for a variety of reasons. Demuro also admitted that the votes he added in exchange for payments by the political consultant increased the number of votes fraudulently recorded and tallied for the consultant’s clients and preferred candidates, thereby diluting the ballots cast by actual voters.

Another point that might carry some weight on non-normal activity is late night ballot drops. Going to add that to the list to look for.

This is part of AP’s effort to address widely shared misinformation, including work with outside companies and organizations to add factual context to misleading content that is circulating online. Learn more about fact-checking at AP.

This is good. When items are false they quickly drop from the media. Except for political back cover-ups. Like the laptop, dossier, and emails for example. I am not sure if D’Souza made these remarks or if Ali Swenson picked these out of the social media chat. But when top lawyers like Sussmann commits felonies to keep someone out of office and then it becomes treason. The mules would not be out of question at all.

One guy, and he got caught because the number of votes exceeded the signatures of the voters.

One guy, and he got caught because the number of votes exceeded the signatures of the voters.

That guy and six other congressmen got kicked out of congress on a FBI sting. If he exceeded the number of voters. Then the system at the time of Demuro was acceptable to human flaws, like greed and being dishonest. Is it any better today. What are the checks and balances?

What are the checks and balances?

I keep getting more data on the 2000 Mules theory. Very interesting. I can drive 100 miles one-way and watch the movie. Instead, I would rather wait a week and get the DVD so I would have the ability to review the movie. A book is to be out next month.

I don’t know. Sounds like a lot of horse puckies mixed with donkeys’ behinds to me.

This just in Mikie.

The report compiled by an outside special master and released by the Maricopa County Board of Supervisors “should be a final stake in the heart of the Senate’s so-called ‘audit,’” Board Chairman Bill Gates said in a statement. 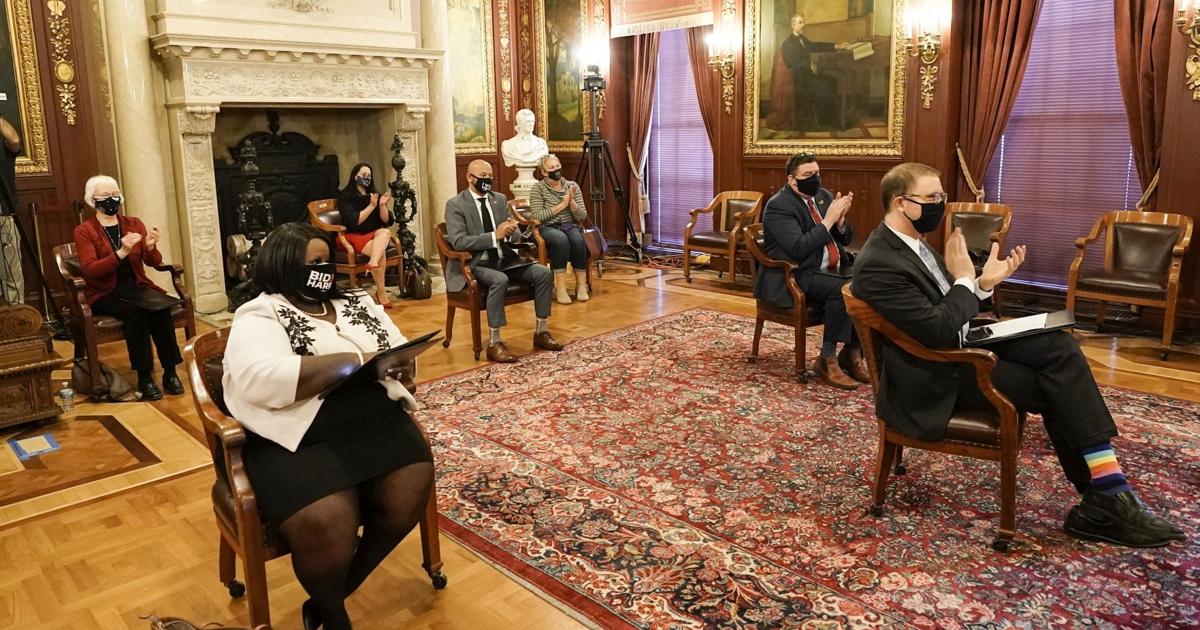 Opinion | Turns out there was election fraud — by the GOP

Projection it’s a favor tactic of the Republican brainwashing experts and one you’ll see MikeYohe use. No need for evidence, making the malicious claim, giving it air time, is all that matters to these . . . .

The movie has been out about a month now. A lot of negative reports from the type of sources that said the Hunter Biden laptop was a hoax. Seems like damage control to have enough time go by that they can say that’s just old new.

So, where are we at today.

Rasmussen Reports just did a survey to answer that question.

just did a survey

The people who watched it had their opinion strengthened. Surprise surprise. Choosing to watch a known liars opinion shows a lack of discernment skills