Will Laura enable the Atchafalaya Basin capture the Mississippi River

Oh boy, going to be tough night for Louisiana, hurricane Laura is packing a 15 - 20 foot storm surge and strongest winds since 1957 I’m told.

One of the things to keep an eye on is if the flooding is going to damage the Old River Control Structure enough to allow the Mississippi to take that right hand turn to slide into the Atchafalaya River Basin, she’s been wanting to do for decades, heck near a century now.

It’s interesting try as I might this morning, I can’t find any official numbers for the Storm Surge that hit Lake Charles.

Though from the news images, doesn’t seem as it could have been the 15, 20 feet some were warning about. I know Lake Charles (a little, long ago) and it’s no surprise the chemical plant has problems and a big fire. Now we wait to see how much water the storm system dumps as it curves up through Louisiana and then over the Mississippi River, as it turns to the east.

Lake Charles was spared the giant storm surge, because the eye of Laura, went right over it. The storm surge of a hurricane that hits the US from the south, is on the eastern side of the eye.

If Laura had been travelling north, 10 miles east of the track it took, instead of directly over Lake Charles, the storm surge would probably have flooded most of Lake Charles, very badly. As it was, the town took mostly wind damage. They had 137 mph gusts for a couple of hours.

Good point. Talk about threading the eye of a needle.

The Old River Control Structure is an engineering wonder that captured my imagination way back in the early 80s, when I got a ride past a part of it from a guy that knew all about it and loved talking about it. Particularly the real possibility of the Mississippi River being captured by the Atchafalaya River and taking out Morgan City, along with a dozen smaller ones, on the way to the Gulf of Mexico. I’d never heard of such a thing, it was, well, unthinkable. But, unlike so many other stories I’d been told while on the road, this one checked out when I had a chance to do some of my own research in a library (Pre-laptop days don’t you know).

In case others are curious, here’s the low down.

The Old River Control Structure, located on a stretch of the Mississippi River near a location known as Point Breeze, is the single most interesting spot along the entire Great River. In most cases, geological changes take place on a geological timescale. But at this location, a battle rages every day between Mother Nature and the US Army Corps of Engineers.Going back 1000 years, the Mississippi River and the Red River ran more or less parallel to each other through Louisiana, with the Mississippi running past New Orleans out to the Head Of Passes, while the Red River ran through the Atchafalaya Swamp between Lafayette and Baton Rouge and down through Morgan City.

If the Old River Control Structure Fails: A Catastrophe With Global Impact Dr. Jeff Masters · May 14, 2019 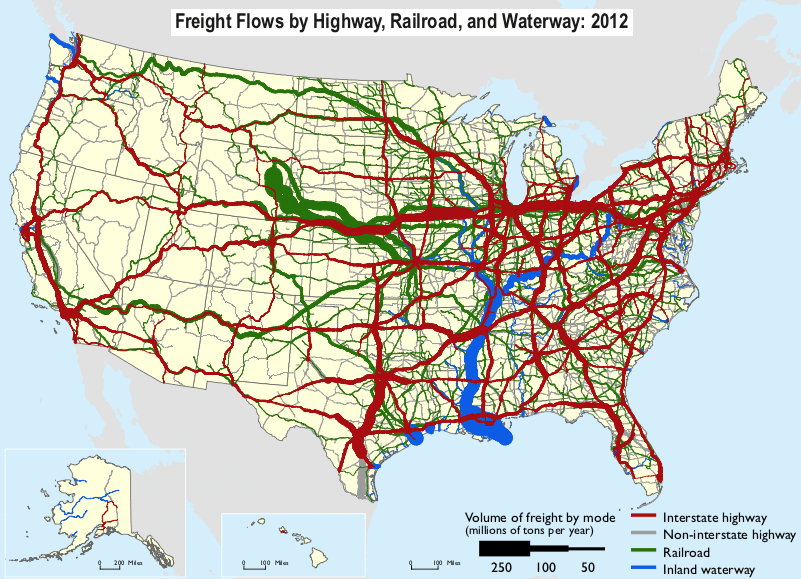 Even as technology becomes an ever-bigger part of our world, the Mississippi River remains the very lifeblood of the American economy. If the river were to carve a new path to the Gulf of Mexico down the Atchafalaya River during a massive flood, extremely damaging short- and long-term impacts costing hundreds of billions of dollars would result, along with a dangerous threat to global food supplies.

As detailed last week in Part I of this series, America’s Achilles’ Heel: the Mississippi River’s Old River Control Structure, the ORCS was built to act as a bulwark against the Mississippi River’s natural inclination to carve out a new channel to the Gulf of Mexico. But as explained in Part 2 of this series, Escalating Floods Putting Mississippi River’s Old River Control Structure at Risk, the ORCS is under increasing threat of failure due to a build-up of sediment near the structure that is plugging the river’s channel and creating higher floods.

America became the world’s greatest economy because it had a wealth of natural resources. But those goods needed the world’s greatest network of navigable rivers—the Mississippi River system—on which to be transported. Naturally, that network of rivers needed a port at the ocean, to regulate the flow of goods into and out of the country. Between Baton Rouge and New Orleans, the Lower Mississippi River has four of the fifteen largest ports in America. Those ports handle over 60% of all U.S. grain exports to the world, thanks to the barges moving downriver. Going upriver, those barges transport the petrochemicals, fertilizers, and raw materials essential for the functioning of U.S. industry and agriculture. …

I’m sorry. I said 10 miles east of the track it took. I should have said, if it had tracked 10 miles west of its actual path.

But yeah Lake Charles threaded the eye of the hurricane, so to speak.

But yeah Lake Charles threaded the eye of the hurricane, so to speak.