Well the buzz in this neighborhood is that Rio Grande National Forest is about to release the final final Environmental Impact Statement,
which once again rolls over for Clear Channel co-founder and Texas car dealer bazillionaire Red McCombs’ obsession with tearing
up a keystone “parcel” to the Wolf Creek watershed, source waters for interstate international Rio Grande River.
This is only an introduction to the main act, which will follow in a day or two.

http://www.planetexperts.com/art-for-the-endangered-landscape-honoring-wolf-creek/ Art for the Endangered Landscape: Honoring Wolf Creek Friends of Wolf Creek is planning an informative and inspiring art opportunity this summer, honoring Wolf Creek Pass. Artists of all disciplines will converge at the Wolf Creek Ski Area on Saturday June 20, 2015 to spend the day in the creative process. Then, a traveling art show and sale featuring art works, interpetation and music inspired from Wolf Creek will run in Pagosa 9/26 to 10/26 and Alamosa 10/30-11/29. Durango and Denver dates TBA!

That’s funny, was going to fix that title, yeah, yeah, yeah “loses” not losses.
But, it won’t let me without removing the links, ain’t gonna do it, the links stay, the typo stays.

UPDATE - VWC-RGNF deal tossed out! Judge Rejects Flawed Process - RockyMtnWild Press Release
no-villageatwolfcreek{dot}blogspot{dot}com /2017/05/vwc-rgnf-deal-tossed-out{dot}html
Any future Village Proposal Must Address Development Impacts on the National Forest and Lynx
Denver, CO — The Honorable Senior Judge Richard P. Matsch issued an Order today affirming that the Forest Service “failed to consider important aspects of the issues before them, offered an explanation for their decision that runs counter to the evidence, failed to base their decision on consideration of the relevant factors, and based their decision on an analysis that is contrary to law." This Order concludes another chapter in this decades long saga to protect Wolf Creek pass from a large scale residential and commercial development that could accommodate 8,000 to 10,000 visitors.
“This ruling is an incredible victory for the flora and fauna that rely on Wolf Creek pass for their survival," stated Tehri Parker, Executive Director of Rocky Mountain Wild. “This order specifically recognizes the ‘unique’ environmental qualities of this region, and the role that it plays as a wildlife movement corridor between the Weminuche and South San Juan Wilderness areas. We couldn’t be happier with this outcome and getting this great news on Endangered Species Day!"
The Court rejected the Forest Service’s conclusion that it lacked any control over the use of the private parcel. The Court explained that “there is no legal or logical basis for Defendants" position in the FEIS and ROD that the Forest Service had no power or jurisdiction to limit or regulate development on the federal lands being conveyed to LMJV in the present exchange." The Court was troubled by the fact that the Forest Service previously conditioned use of the original parcel created in 1986 “with a scenic easement that limited development."
Judge Matsch was also concerned with the fact that “development resulting from the Forest Service’s approval of the land exchange will adversely impact an endangered species, yet fails to comply with the statutory requirements for the protection of that species." The species the Court was referring to is the federally listed Canada lynx which would have been harmed had the Village construction and operation commenced.

Yippy, excuse me, gotta do a victory lap.
Although it still ain’t over, the billionaire’s insider land trade deal with the Rio Grande National Forest is finally officially dead.

Not that 'ol Red is knocked out, but his past 12 years of a very expensive end run maneuvers have been throughly trashed thanks to public awareness and much resistance, and righteously good hard working lawyers. 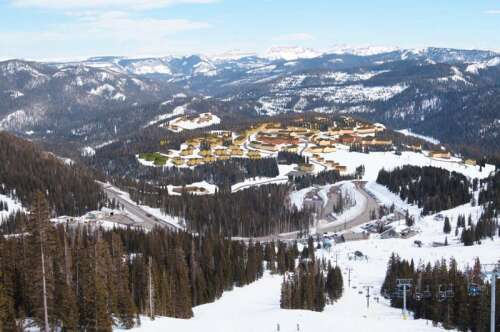 A ruling by a U.S. District Court judge has brought to an end a yearslong legal battle between environmental groups and developers for the future of a Wolf Creek Ski Area ski resort. District of Color...

District of Colorado Judge John L. Kane officially unwound the 2015* land exchange between Rio Grande National Forest and Leavell-McCombs Joint Venture this week, ending one of the paths forward for the development of the “Village at Wolf Creek.”

The ruling confirms a major victory for environmental groups in Southwest Colorado that have fought to stop the 1,700-unit development that would have served 8,000 to 10,000 people adjacent to the remote Wolf Creek Ski Area.

*Actually, Red McCombs land exchange strategy started around 2009, but went through a major readjustment in 2015 .

Somethings are worth making a fuss about.

NO Village at Wolf Creek

An information source for conservationists wanting to become proactive in the struggle to protect Alberta Park from development. ~ ~ ~ This is a collection of essays and information sources arguing for Mr. B.J. “Red” McCombs to retract his ill...

The San Juan Citizens Alliance has been at the forefront of the fight to stop the Village at Wolf Creek, since the 90s. Learn more about why. 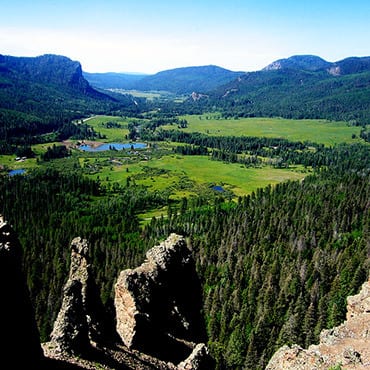 The Village at Wolf Creek is a proposed ski resort located in the middle of Canada lynx habitat. Read about this public lands privatization scheme. 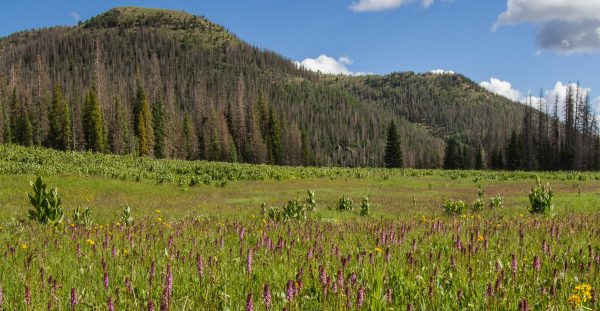 Another nail in the coffin of the billionaire Red McCombs’ bizarre fantasy of building a luxury village for 10 to 8 thousand pampered ultra-rich citizens at 10,300 feet, that’s even higher than Silverton’s 9,300 elevation, though that town was justified by the mountains being full of the cure for gold fever.

All this speculation would have to offer home owners is tons of snow in the winter near the bottom of a ski lift. Oh, also some great views of a bark beetle devastated Spruce forest. All at the price of irreparably damaging and polluting the integrity of a major watershed of the Rio Grande River. 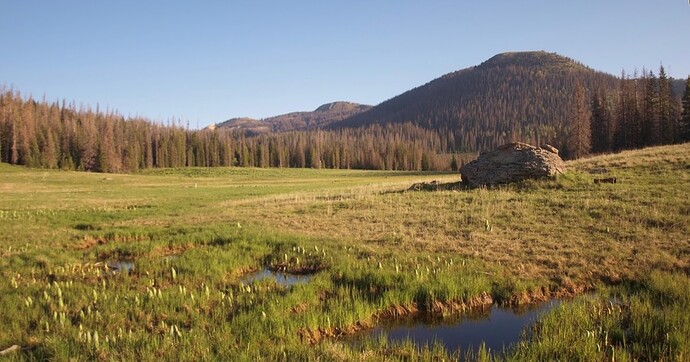 By Jason Blevins, The Colorado Sun

“Judge Arguello on Thursday ruled that the Forest Serviceshould not have relied on its “flawed” and **“legally deficient”**2015 environmental review of Wolf Creek Village to make its 2019 access decision. She ruled both the 2019 right of way decision by the Forest Service, just like the agency’s 2015 approval of the land exchange, was “arbitrary and capricious.”

“… confirmed an earlier ruling that the Forest Service “failed to consider important aspects of the issues before them, offered an explanation for their decision that runs counter to the evidence, failed to base their decision on consideration of the relevant factors, and based their decision on an analysis that is contrary to the law. …”

“We’ve never seen an honest evaluation of the environmental impacts of constructing a city of 8,000 people at over 10,000 feet atop one of snowiest locations in Colorado, probably because the impacts if revealed would be staggering,” Mark Pearson, executive director at San Juan Citizens Alliance, said in a statement.