Proud Boys new strategy, taking it home, near you. Now what America?

Or will it play out like in Germany where the decent people kept their mouths shut because the Brown Shirts were so damned intimidating. The longer the rational, honesty and rule of law respecting citizens remain silent on the sidelines, the uglier this is going to get.

Guess you could say ancient history, but it’s good to know some background

As fractures emerge among Proud Boys, experts warn of a shift toward extremist violence

Experts who study far-right organizations warn that as members distance themselves from the group, the Proud Boys could metastasize into an increasingly violent organization led by those who have long jockeyed for control.

Cassie Miller, a senior research analyst with the Southern Poverty Law Center’s Intelligence Project, said the political terrain is shifting in a way that could be friendlier to the organization’s more extreme faction.

“One thing that was made apparent by the insurrection is there is this growing anti-democratic far-right bloc that is willing to use violence and force to push their views,” she said. “We’re seeing a shift back to what the Proud Boys have been practicing for a long time.” … 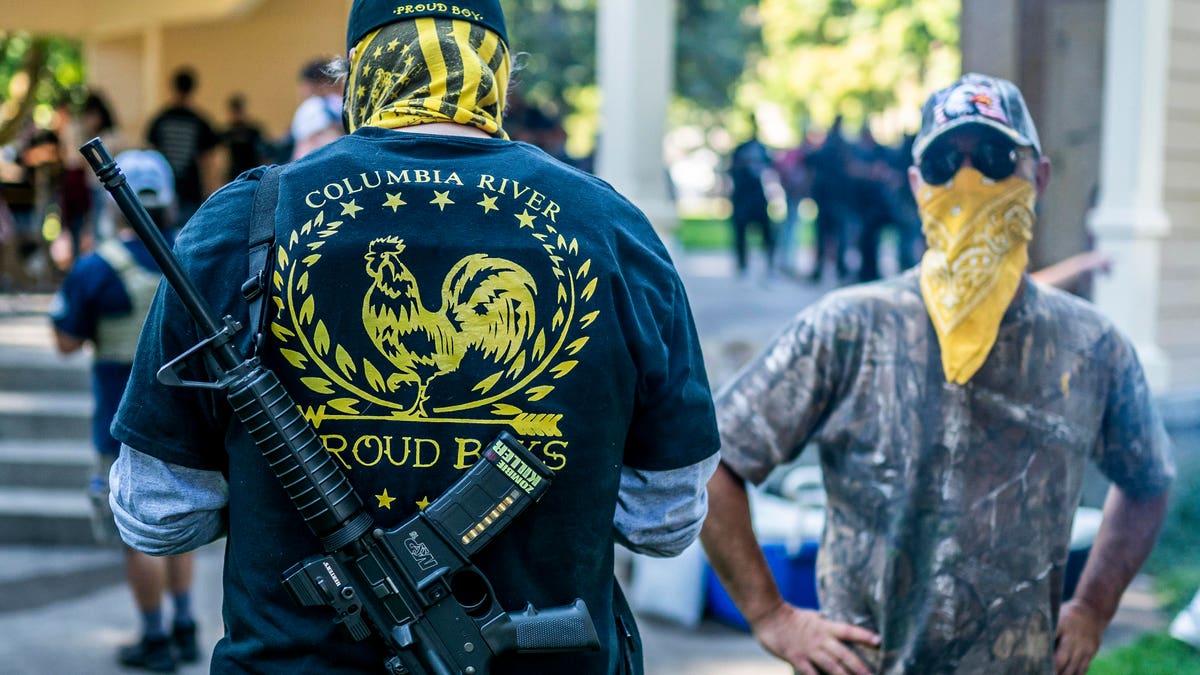 Who Are The Proud Boys, The Group Behind The Controversial Portland Rally?

Portland has declared a state of emergency ahead of a Proud Boys rally planned for Saturday afternoon.

One year ago Donald Trump infamously said of the far-right Proud Boys, "stand back and stand by." Some members are now in jail, but the once-fringe group hasn't gone away.

Police Shrugged Off the Proud Boys, Until They Attacked the Capitol

Two Proud Boys accused of leading a mob to Congress followed a bloody path to get there. Law enforcement did little to stop them.

It’s crazy, when I think of all the existential problems that are left compound, we’re busy to