My short video project: "Without a Doubt"

Sometimes, an idea is so simple, so obvious, it just doesn’t occur to you.

Even as a little kid – at least on some level – I realized people are deeply convinced that their own religion is true, whatever that religion may be, and that there’s no objective way to discern what ultimate truth actually is.

This bugaboo stuck with me along my entire religious journey until, after over 40 years, my faith finally evaporated.

Yet this literally never occurs to a lot of people. I can’t tell you how often I’ve pointed out to theists that people who believe differently feel just as secure, just as certain, just as happy, just as fulfilled with their own religion, and they’ve responded, “What do you mean?” Or “How do you know?” Because of course, THEY know. They feel in their heart their faith is true, without a doubt.

But yesterday I stumbled across an amateur video by a former Mormon that showed something totally obvious, yet I have never seen it before: Footage of different people weeping with joy as they talk about their conversion experiences. To watch the similarities unfold as a Christian talks about the moment Jesus came into her heart or the moment a Muslim said the Shahada is kind of stunning.

I thought the idea was spectacular, but the video drags and only includes a few people.

I’ve never made a video before, but I know I can. So over the next couple months, as I get ready to publish my blog, I’m going to create something similar, but better … a montage of different people’s emotional reactions, fast-moving, with quick cuts and music

I still believe the single best way to help people question their own beliefs is to really confront the fact that others have had the exact same experience.

While I haven’t done video, I can still put what I understand about film, graphics & marketing from my Mass Communications degree in 1986! Except then, I would have had to use actual film. I’ve been playing with android apps, and it is INCREDIBLE what you can do easily and for free today.

Looking forward to seeing that. I remember watching those conversion stories on daytime religious shows back in the 70s. I think it helped me build up my immunity.

I cannot tell you how many times I have tried to make one person or another who was trying to convert me understand that EVERYONE can show me how their religion is right and all others are wrong in the Bible. One of the things I used to touch on in these conversations, but haven’t for years, is to point out how loyal many, especially fundamentalists, are to their faith. They would literally die for their faith, or at least, they truly believe they would. Who knows the reality of that until actually confronted with it and, though they just love to pretend otherwise, Christians in this country are not exactly in any imminent danger. But if these people are that dedicated to their faith, if they are willing to give up personal freedoms, their time, their money, pride, friends, family… If they’re willing to do all of that for their faith then they must really believe it. They must really believe that they are doing God’s will. But some Fundamentalists think they won’t be “saved” anyway. Some even think they’re going to Hell because they aren’t worshiping God “the right way”. So essentially what these people are saying is that those who are not in their religion, even though they are doing everything in their power to do what they truly believe God wants them to do, will suffer an eternity of damnation for no crime but being tricked into taking the wrong path.

Everyone can show you how they are right and everyone else is wrong. It’s plain as day, right there in print in the Bible. I was once talking to people from 3 different faiths at the same time (one at a time over a period of a few weeks). Each one was aware that I was talking to the other two. And do you know how they each spent their time, without exception? They spent their time, at first, showing me the Bible passages which said the other two were wrong and then showing me the Bible passages which explained how the other two were wrong about the ways in which they were wrong. Not one of them bothered to give me any message of hope. They spent their time tearing each other apart.

But if these people are that dedicated to their faith, if they are willing to give up personal freedoms, their time, their money, pride, friends, family… If they’re willing to do all of that for their faith then they must really believe it.

I have some overlap with your experience, but what you describe sounds more like the extremes that I see in media, social or otherwise. They are the minority that have a bigger bull horn. The average church goer though, I think goes because that's where it's safe to discuss and contribute to social actions. If you are interested in participating in charity, beyond just writing checks, you don't have that many choices. You can pick one and deal with whatever politics are there and try to fit in to whatever social functions they have, if any, or you can join a church that has a goal of trying to be welcoming to a variety of people. You can choose from a range of actions and levels of participation.

I more frequently here God and Jesus getting a mere nod, as some distant source of inspiration, not as the central reason for the time and effort.

My personal experience comes from the Pentecostal church, so I am more familiar with the extremes and do tend to speak from that perspective most of the time. I am aware it is the extreme, but often am not thinking of that fact when drawing from my personal experience. So you will usually get the impression that I am speaking about the extremes because I often am, usually without bothering to consciously separate that from the more general reality because I just don’t really think about it most of the time.

I want to agree with you about all religions but the thing is that Buddhism has neuroscience to support it, so it’s hard for me to apply your insight to everything.

That's excellent reasoning. I used that in discussion with theists all the time. Every tradition has some statement about how we mere mortals can't know the mind of God. It's easy to get them to agree to that, because to disagree, they'd be claiming they have all the knowledge of the universe. But, they never get the implications of it.

I want to agree with you about all religions but the thing is that Buddhism has neuroscience to support it, so it’s hard for me to apply your insight to everything.

I can't remember if we've covered this or not. Worth reviewing. Buddhism is not supported by neuroscience as far as I know. There was an article titled something about "The Happiest Man on Earth", and that man was a Buddhist monk who had agreed to have some electrodes attached to his head, along with some others from other traditions. But we don't measure happiness by brain waves. The monk himself dismissed the title, as I'm sure the people doing the study did. It's a typical misnomer by media trying to sell some magazines and internet clicks.

If you know of some other studies, please let us know.

Well they said that neuroscience confirmed the doctrine of “no self” as well. OR that Lion’s Roar article about “how buddhism is true” which you remarked on.

Buddhism is the cat’s meow. But it does seem to have some supernatural aspects with some of its teachings. I don’t believe in the supernatural.

Buddhism is the cat’s meow. But it does seem to have some supernatural aspects with some of its teachings. I don’t believe in the supernatural.

Nor do I, but could there be something “superhuman”? A “Tulpa” is a transcendent construct of the human mind.

Tulpa is a concept in mysticism and the paranormal of a being or object which is created through spiritual or mental powers.[1] It was adapted by 20th century theosophists from Tibetan sprul-pa (Tibetan: སྤྲུལ་པ་, Wylie: sprulpa) which means "emanation" or "manifestation".[2] Modern practitioners use the term to refer to a type of willed imaginary friend which practitioners consider to be sentient and relatively autonomous.

W4U: “Nor do I, but could there be something “superhuman”?”

My thinking was more along the line, if a God Almighty of the Universe there be -

Then you could bet she would be beyond our ability to comprehension - let alone know.

I’ve told a few Christian friends that their level of faith is an embarrassingly weak imitation of the faith of the 9-11 hijackers. My friends think I’m kidding, but I tell them I’m not.

I then go on to say that if their own argument of how fervently one believes their religious teachings is a positive selling point, then I’d naturally choose to be a militant Islamist long before becoming a Christian.

I then say that since now we both agree that strength of faith is not a good selling point, I’m not about to be swayed by theirs.

Ever a glutton for punishment, I asked this question on Quora a few months ago:

The result was pretty frustrating. There’s actually intelligent discussion and debate about religion on Quora, and I’d hoped some of it might occur here… but no.

When skeptics ask, “Which God?” to Pascal’s Wager, Christians mean “The Christian God,” of course. But some doctrinal walls within Christianity are just as high as the walls between Christians and other religions. The different branches and denominations have major, mutually-exclusive differences on Original Sin, the creeds, the Trinity, atonement, justification, baptism, the sacraments, the Eucharist, the end times, tongues, etc. etc.

Of course, they claim that you just need to have faith in Jesus; doctrinal differences aren’t really a thing, they say. But spend 5 minutes in a Christian online forum and you’ll find them quoting scripture to each other to prove themselves right and others wrong. It’s supreme cognitive dissonance.

These days, most Catholics, Orthodox and mainstream Protestants accept other Christians as Christians…but Conservative Protestant denominations don’t return the favor.

My favorite joke ever: 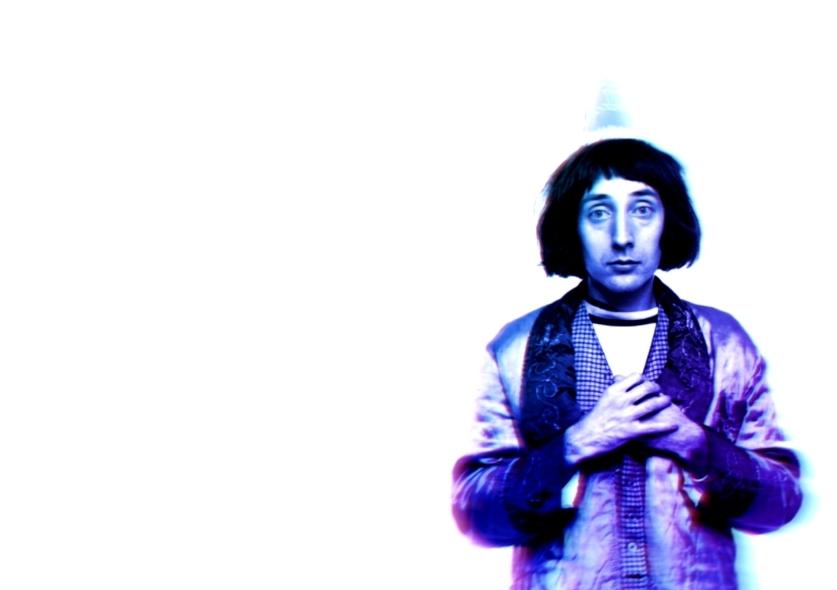 He said, “Nobody loves me.”

I said, “God loves you. Do you believe in God?”

I said, “Me, too! Northern Conservative Baptist or Northern Liberal Baptist?”

I just wonder at life some times and think how matter can yield such a mystery.

Plus in regards to Buddhism behind different than other religions is still the science.

Like me about the self just being a collection of parts and not a unified and independently existing entity with an essence.