Not much to add, besides I’m outta time, you folks know the drill. Monbiot very often reflects my perspective better than any of the other articles I’ve read.

Unless Biden fights big money, he could pave the way for someone even worse than Trump.

By George Monbiot, published in the Guardian 11th November 2020

It brought a tear to the eye and a hand to the heart. Joe Biden, in his acceptance speech, called for unity and healing. He would work “to win the confidence of the whole people”. I just hope he doesn’t mean it. If he does, it means that nothing has been learned since Barack Obama made roughly the same speech in 2008.

The United States of America is fundamentally divided. It is divided between exploiter and exploited, oppressor and oppressed. There is no unity to be found with kleptocrats and oligarchs. Any attempt to pretend there is will lead to political failure. It will lead not to healing but to a deflected polarisation. If Americans are not polarised against plutocrats, they will be polarised against each other.

I understand that, in a sentimental nation, bromides like Biden’s might be considered necessary. But I fear he believes what he says. When he spoke to wealthy donors at the Carlyle hotel in Manhattan last year, he told them not only that “no one’s standard of living will change, nothing would fundamentally change”, but also that “you have to be able to reach consensus under our system”. In this context, consensus looks like appeasement. …

It’s a problem, accepting the necessity of being happy with less, is the first critical lesson that no one, left, right, indifferent, rich or poor human can stomach. So nature will run its course, no matter how much we pretend we’re in control. So sad, so predictable, unless we are changing minds we are losing.
anton November 19, 2020, 2:44pm #2

Monbiot refused to engage when this was highlighted

Well it was probably a shit head trying to be an A-hole and not worth the talking to.

Take you for instance, you don’t ask questions with any constructive purpose in mind. You seem way more focusing trying poop on others, after that you’ve nothing to add or share. (maybe I’m wrong, this is just the impression your word choices have made on me - and I do appreciate you probably aren’t anything like your online persona. So there’s that.)

Look at Monbiots website, see any flashy ads there? https://www.monbiot.com

So he wants to have his stuff read, and he’s published in a big time paper, that mean putting up with the ads that make that paper possible. Or?

I’d bet he’s even written about the conundrum. But you don’t care about the substance of what he writes, you, like the most of the rest of society, only seems interested in the facade, the flash and bang and to heck with details or substance, or reason, or learning, or changing.

If you had been paying any serious attention, you would know this is a universal human problem, this mixed messaging,

@anton ... mixed messaging when ads for overeas travel and sales of cars are next to your climate change articles in the sense of mixed messsgin.

It permeates the entire culture.

That’s why the projection of humanity’s self-destruction is a no-brainer.

The one lesson, over everything else, that needed to be learned (that means fully grasped down into your viscera) back in the 60s. 70s, 80s, was that future of humanity and Earth’s biosphere’s survival depended on people figuring out how to be happy with less (oh and how to make less babies, beautiful though they may be.).

Then we made Mr. Hollywood president who made it clear that too much is never enough and greed is good and fuk the less fortunate and the future. Now more recently to double down on our universal disconnect from Earth’s Physical Reality, we made the Ugliest American one could imagine our president, and after four years of governmental vandalism and horrors, he still dominates half our culture with nothing but unvarnished avarice and transparent lies - that half our country seems just fine with, it nothing less than pure madness.

Monbiot is doing the best he can with what’s available to him. He ain’t perfect, he ain’t no saint, but he’s a damned smart guy that has his fingers on the pulse of reality more that 97% of the other yappers I’ve read.

Until you want to seriously discuss the difficult questions, you’re merely behaving like an irritating nat.

Oh and Anton, you can consider this a challenge to up your game and post something with substance.

et tu CC? It makes it hard to draw the line at swear words when our best members use them. If we have a troll, and they swear, it’s an easy call, swearing bad, user block, arrrrgh (SNL Frankenstein’s monster voice). If I thought he was being deliberate and was trying to create trouble, he’d be out of here already. I might be wrong, but I think he’s sincere yet misguided. So, I’m giving him some chances. There are no hard fast violation counts.

Sorry decades of watching the success of that diversionary tactic - Now watching the consequences, of our collective failure to confront the fraud, gaining momentum - and now how American’s can’t even stand up for their democracy.

I try keeping it under my hat, but once in awhile.

Yeah, I too suspect there’s more to Anton than his game here, but he’s disappointing more than surprising.

As you know CC, I don’t agree with your “can’t stand up” analysis. The mistakes “we” made are the same failed strategies of today’s Republicans and yesterday’s dictators and Caliphates. We didn’t include women, we didn’t treat criminals like they could be restored to the community, we left mental illness to the care of mothers who had no idea how brains worked.

We, and I don’t feel like I am part of this part of “we”, still put too much stock in money, power, and corporate freedom. People with almost no power still believe that more freedom is the answer and they are willing to give the powerful the freedom to say and do whatever they want. They believe that is necessary so the poor and oppressed will also be free, when actually it’s just giving away the power to be enslaved.

My hope of 2020 is, the disenfranchised have finally been supported and empowered just enough to see that their efforts will pay off. Just 50 or so years ago, if you stood up for your rights, you were shot down by a water cannon, or worse. Now, you get blasted on social media. Then you vote.

The United States of America is fundamentally divided. It is divided between exploiter and exploited, oppressor and oppressed.

Standard BS talking point for communists. Oh, you poor exploited and oppressed workers. You are victims. You deserve more. You are entitled to more. Vote for me and I will give it to you. I will take it away from those who have earned it. You do not need to earn your own.

Of course if you do, you won’t be allowed to keep it; I will take it from you and give it to someone else. It won’t matter if they didn’t work as hard or as smart as you, or made bad decisions when you made good decisions, or took risks when you didn’t; they should have a share of everything you have.

Thou shall not covet. Good advice then, good advice now.

Society has always been a plutocracy; it always will be. Nature provides alpha individuals through conflict.

Thou shall not covet. Good advice then, good advice now.

Society has always been a plutocracy; it always will be. Nature provides alpha individuals through conflict.

As for those Alpha individuals and how wonderful they are, 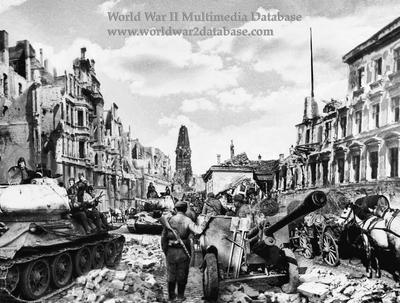 But I guess we can take the god’s eye view, every flower has it’s day, then dies. The same for the alphas, a despots, and the society’s they build and ruin.

It was the best of times, it was the worst of times. And then they were gone.

Oh, you poor exploited and oppressed workers. You are victims. You deserve more. You are entitled to more. Vote for me and I will give it to you. I will take it away from those who have earned it. You do not need to earn your own. -- Bob

This is so funny when you simply look at capitalism in action. That "victim" has very little power, except to vote. And in Georgia, it's only recently that people who were legally entitled to vote could get past the oppressors, the ones who ran the voting process, so they couldn't exercise their right. So, yes, they voted for the people who said they will help them continue to keep and exercise those rights.

Meanwhile, the ownership class literally buys votes, by funding the campaigns that get the votes. They accumulate cash by pocketing the difference between the value of my labor and what they can sell it for. Then they take some of that, and donate it to political parties, actually quite a lot of it. Now, simple question, why would they do that? Let’s pretend for a moment that they can’t actually call up that politician and tell them how to legislate. Let’s say the Koch Brothers didn’t literally write laws and get them passed. Let’s say it’s a fair system and a guy who gave a Senator millions only has one vote and is equal to me. So, why did he give those millions?