Meanwhile, back at the Ranch, Ian is riding in slow, but hard

So while our billionaires and the Movers&Doers are busy with their (same as it ever was) Big D games, the hard side of our reality is going to visit America. And society in general just want to pretend that the good time will keep on going, nothing happening, nothing to see, don’t think, just keep move forward.

What really worries me, is how many are totally totally unaware of what’s coming our way this next decade, let alone the next that build up on it.

Humans can do fantastic things, but not when we are embracing Willful Ignorance. 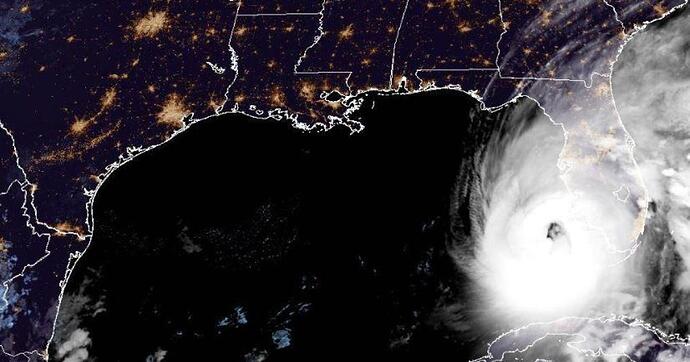 Millions of Floridians were under evacuation orders as wind and rain from the massive storm, which has left Cuba in the dark, started lashing the state.

Hurricane Ian grew into an “extremely dangerous” Category 4 storm packing sustained winds of 155 mph early Wednesday, just hours before it was expected to make landfall on Florida’s southwest coast. About 2.5 million people were under mandatory evacuation ordersas the hurricane started lashing the Florida peninsula with heavy rain and tropical-storm-force winds in the early hours.

“This is gonna be a nasty, nasty day – two days,” DeSantis said.

Tampa Bay and St. Petersburg were among the cities bracing for the worst of the storm, but the latest forecasts suggested Ian would make landfall slightly further south, with the Ft. Myers region at risk of a possible direct hit. … 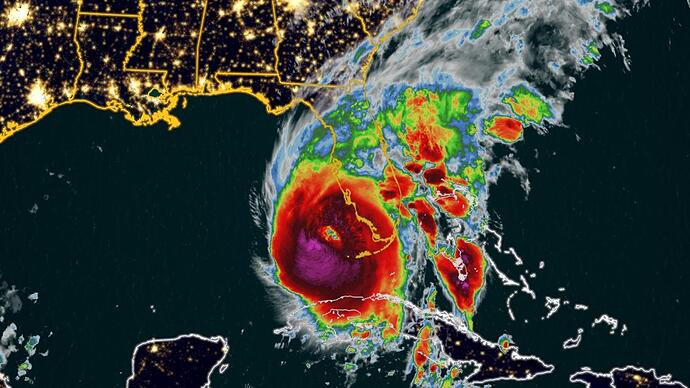 Hurricane Ian, a strong Category 4 storm, is on a destructive path toward Florida and is expected to make landfall Wednesday. Follow CNN for the latest updates.

My younger son is down there in Clearwater with his father, grandmother on that side, auntie… They are living together in zone D or E and chose not to evacuate. This is my son’s first hurricane experience. I’ve never been in one, so I’m scared sh***ess for him. He’s not exactly excited. Actually, he’s scared, but his father et al aren’t worried about it, thinking it will be a “near miss” like always for Clearwater. I never said my Ex was an educated genius. So you can understand how I’m feeling. I fell off my back porch step, knowing full well it was lose, this morning, due to thinking about my son instead of the step and sprain my ankle according to the ER. The pain meds don’t take the worry away. That man can’t keep a fish alive and he chose now to be a father to one of my 30-ish year old sons? So you can guess how angry and worried I am.

BTW, it was going to hit Clearwater and now it’s just shyly south of there, but the outer runs and storm surge will be deadly too they said.

If tables were turned and:
trump were president
DeSatan were (D) and he pulled some of those immigrant stunts, or something else to aggravate trump
trump would withhold disaster relief from Fla.

So you can guess how angry and worried I am.

In a way I can, having two step children of a father who abandoned them. Only to pop up when they were adult. My daughter told him to take a flying hike. His son welcomed the connecting, but I hear it didn’t take long for that to fall to pieces again.

Seems to me, if you don’t have the character to stick with your child when it’s born and growing up - you’ll never improve on character just by growing old and lonely.

Mriana , I hope things are working out for him. Have you been in contact recently?

Yes, he’s alive. He ran around in an empty Tampa Bay for a bit and thought that was awesome. He’s 31 y.o., acting like a kid, not realizing that the only reason he’s unscathed and alive is because the hurricane took a different path. His father wasn’t going to (or could have) save his butt if the hurricane hit Clearwater, even if he is living with him. I’m just glad my son’s alive and the hurricane didn’t hit where he is.

He’s got to get out there experience things for himself. I have a feeling after those first feelings of shock and awe subside and he’s exposed to the long term aftermath, he might start seeing things differently.

I know how it goes, I used to be fairly, not indifferent, but I wasn’t a stakeholder, so to speak, Then decades ago my twin sister moves to the Raleigh, North Caroline and was greeted with one of NC’s epic storms, that she rode out the storm alone (husband off on business trip) in a 2nd floor bath tub and wound up with a tree in their house, fortunately not too much momentum, so damage wasn’t hideous, guess they lost half the Loblollies in their big yard, 6 or more.

Now in 2021 moving wife’s son, and our grandchildren, to Charlotte area, and my daughter to Nashville, those storms take on a whole new edge. Fortunately, daughter and husband live near top of ridge. The son, is next to a creek. Very small creek in a fairly deeply cut gorge, so it’ll handle a lot of water, but still . . . I keep meaning to take a close look at a topo map, some day.

They get older, but remain our kids, don’t they.

The next big one is on the way, though in the Pacific and looking like it’ll come to shore near Puerto Vallarta.

Another one showing the footprint of global warming, which equals weather system energizing,
slow moving, because of funky Jet Stream, and
rapid intensification, due to the intercepting the warming ocean waters
with the occasional currents of very warm water here and there, acting like added fuel.

CNN Meteorologist Gene Norman tracks Hurricane Orlene off the Pacific coast of Mexico. Norman says the storm’s rapid intensification is due to the climate crisis.