I know that “logic” has become a deep mathematical, philosophical thing. I’ll admit reading the stuff puts me to sleep, my mindset is too hands on. A creature of my environment

Okay, seems to me I’ve heard/read some contorted reasoning and very weird claims made on the merits of being formally logical,

Some of you around here seem well read and competent in such higher ed. things, so I’m asking . . .

I’m hoping someone offers their thoughts.

Is there a difference between "logical" and "rational" ?

How would you define it? 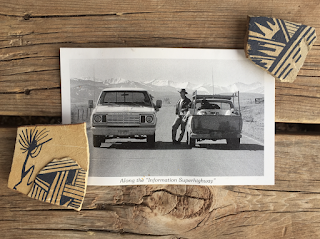 I could probably come up with something but don’t claim to grock the distinction.

Are you actually asking about the difference between validity and soundness?

Also, logic can be formal or informal, and that’s important distinction for this question. I think. Maybe.

Yeah, and the use of formal logic is what started this.

Also I’m thinking about the use of logical strings to come up with air tight outlandish conclusions.

I really should have some examples to hand, will have to do some homework on that.

I’ve read stuff over the weeks that reminds me of a trick pull on young grade schoolers.

There you go 11 fingers.

There’s only a small window of opportunity where a kid is susceptible to this, but it’s great fun watching to see where they are on the spectrum.

Often I feel ‘logic’ is abused in that way. Thus ‘logical’ verses ‘rational’ which seems the same, but is it?

“difference between validity and soundness”

Hmmm, okay, so now I couldn’t help but look up each, here’s the first simplest definitions

logical = of or according to the rules of logic or formal argument.

rational = based on or in accordance with reason or logic.

validity = the quality of being logically or factually sound; soundness or cogency.

soundness = the quality of being based on valid reason or good judgment.

Now where can philosophers take us with that.

You can use logic like you can use statistics. You can fool people who don’t have a solid understanding of the topic being discussed and/or who don’t understand basic logic.

Without looking up definitions, I’d say logic and rationality are almost the same thing. Only “almost” because I think you can make logically sound arguments that are irrational, but you probably have to want to be misleading to do that (William Lane Craig comes to mind.)

Oh yeah, that's the thing - people like Hoffman are feeding crap to people who want to be fed the crap.

Just like the community of climate science denial speakers/writers - they are telling their audience what they want to hear, so can get away incredibly dishonest garbage. The compliant audience.

Though that’s a digression from trying to get a better handle on these terms.

First let me state that I am no expert on logic, especially the definition. But I have seen plenty of “logical arguments”, many of them created in more primitive times and still surviving today. Christian apologists, especially, like to abuse the hell out of logic to “prove” their version of God exists. One of the dumbest is the Kalam Cosmological argument.

Something along those lines. It’s technically logically sound, it’s just making some assumptions and finishes with a conclusion which is not that simplistically valid.

The second statement is believed to be true, but it is far from “known” to be true.

The third statement is a flawed conclusion drawn from the flawed understanding in the first statment.

The fourth statement would be true if we were talking only about things within our universe and not the beginning of the universe itself.

The last statement is where it goes horribly wrong. This logical nuttery is seeking to be a logical proof for the existence of a specific deity with defined properties. But even if the logic were completely sound it does nothing to prove a specific cause for the beginning of all things. It’s just a leap of faith to say, “Well, something has to be there, so it must be my thing.” The premise supports a vague conclusion which then improperly leads to a specific answer. And again, that is only if every premise of the logic were correct, which it is not.

I think this is the type of “logic” you’re talking about. I’ve given these specific claims a lot of thought, but haven’t really thought a whole lot about logic itself. Though I do love logic and it’s kind of the way my brain prefers to work. I love “ladder relay logic” of PLC programming, for example.

“One of the dumbest is the Kalam Cosmological argument.”

Still one of WLC’s go to arguments in spite of the fact he’s been informed of it’s uselessness many times. He’s such an arrogant liar.

I remember trying refute the logical arguments against God and find ones that I couldn’t refute. We know where this ended up.

I heard about Kalam. It sounded really mysterious and ancient, which must mean it’s really good right. Then I found a formal description, like above. I went, “that’s it?”

There are some more sophisticated stories than the 11 fingers thing, where people are making change and handing money through a chain of transactions and you end up with extra money at the end. Sorry, I’m not good at remembering those things.

If you want to see formal logic applied to religion vs atheism, try “An atheist and a Christian walk into a bar”. https://www.amazon.com/Atheist-Christian-Walk-into-Bar/dp/1633882438

Some of it is readable, but much of it uses logic terms and doesn’t do much for me. What makes it palatable is the two are good friends and respect each other. They allow some questions to remain open.

Sounds as if you want "proof". Proof is only what you are willing to accept as true. All thoughts are based on some a priori notion, a notion which must be questionable.

Chase it down the rat hole if you like, the result is just more words, more terms and more certain uncertainty.

and a career for those who can play the game.

Sounds as if you want “proof”.

No that's not what I want. It's more like I was making an observation about folks who use "logic" as though it's proof.

And I’ll agree with you that, all thoughts are based on some a priori notion.

Sounds as if you want “proof”. Proof is only what you are willing to accept as true. All thoughts are based on some a priori notion, a notion which must be questionable. – Bob

Yes about the a priori thing. No on the “accept as true” thing. https://en.wikipedia.org/wiki/Bayes’_theorem

In a universe of cause and effect, probability is only an indication of a lack of knowledge.

A Cosmological argument that begins with a beginning is counter scientific. Why? Because we have no evidence, scientific or otherwise, of any beginning of anything, any object or any process. We accept that we can trace everything we observe as occurring from something previous. Even the currently accepted Big Bang is described as everything in the universe existing as a very small object. That description includes no origination for the described object; it does not include a beginning, only a continuation.

You’re mixing “knowledge” with “probability”. You’re taking a limitation we have and turning in to “we don’t know anything”. Words are there for us to help navigate what we can, not to purposefully confuse.

Has William Lane Craig ever debated at a secular event or institution, because all his debates seem to be at religious places?

. If you want to live with things, logic is enough, but that is not going to be much of a Life. When you live with persons, when you relate with persons, then logic is not enough at all; in fact you have to put logic aside. A magistrade cannot use his facade neither to his wife nor to his children … otherwise divorce would be certain.

. To relate to a person is to relate to infinity. Logic cannot contain infinities. To fall in love means you are moving into the world of the uncalculated, the incalculable, the immeasurable, the uncharted. Logic will tell you; the mind will tell you “You are going mad, stop before it is too late!” Logic always creates a prison around you. Of course, it convinces you that is for your own sake, it is for your safety, security, comfort. And in a certain sense it does give a certain security to you, but that security is the security of Death not of Life.

I kinda liked the first couple paragraphs, the final one lost me.