I used to be "normal"

Um, what society is dying out?

7 billion live humans are on the Earth now

Indeed they could be a form of population control by Mother Nature. Though I'm inclined to think there has always been the same percentage of LGBTQ people in the world, but (in certain parts of the world) people are able to talk about things they didn't have words for 'till recently, and some are willing to be open about it.
timb November 6, 2019, 8:25pm #26

Seems to me that I recall overcrowding experiments with rats that resulted not only in increased aggression, but also in rats engaging in same sex activities. Just a vague memory tho. Someone could probably look it up easily enough.

Also, I seem to recall that a study of pregnancies that occurred in Great Britain, at the height of the bombardments and such, there, during WWII, resulted in a higher than usual % of babies who grew up to be homosexuals. Again, a vague memory.

Anyway, even if heterosexuality is “natural” and the other forms of sexuality are not a natural matter of human evolution, (which I do not believe, but just say for argument’s sake, is the case), does that mean that we are doomed to be hetero and nothing else. Why would that be? There are plenty of heteros making plenty of babies in the world. We really don’t need everyone to be hetero.

Seems to me that I recall overcrowding experiments with rats that resulted not only in increased aggression, but also in rats engaging in same sex activities. Just a vague memory tho. Someone could probably look it up easily enough.

That’s an old theory which implies a teleological aspect to nature, but we know nature doesn’t work that way.
thatoneguy November 6, 2019, 11:50pm #31

Anyway, even if heterosexuality is “natural” and the other forms of sexuality are not a natural matter of human evolution, (which I do not believe, but just say for argument’s sake, is the case), does that mean that we are doomed to be hetero and nothing else. Why would that be? There are plenty of heteros making plenty of babies in the world. We really don’t need everyone to be hetero.

True, we don’t need everyone to be heterosexual, but heterosexuality is what keeps the species going. That’s why it’s the only sexuality that matters in a biological sense; and biology rules.
thatoneguy November 6, 2019, 11:59pm #32

Um, what society is dying out?

All men are created equal.” While that didn’t mean shit when it was written, it means something now. Minorities have the same rights as us. All you have to do when you see a trans person is keep walking.

Trans aren’t really men (or women) so they don’t count!

And since, as you say, they’re such a small percentage of the population, most of the time you never even need to think about them. I’m not sure to which “accommodations” you’re referring.

The bathroom issue. Their minuscule number doesn’t require legal protection to use whatever bathrooms they feel most comfortable with. They can continue to sneak in and out of public spaces without a fuss like they have done in the past.
3point14rat November 7, 2019, 8:07am #34

Human rights aren't only doled out to groups with a minimum membership. They're human rights, and therefore available to humans.
teebryantoo November 7, 2019, 9:37am #35

The bathroom issue. Their minuscule number shouldn't require legal protection to use whatever bathrooms they feel most comfortable with. They should continue to go in and out of public spaces without a fuss like they have done in the past.

Fixed it for you.

See, the funny thing about “trans rights” is, these folks really prefer to keep stuff about their private parts private. They tend not to go public about their needs … unless other people have made rules and laws against their needs.

Back to Nicole Maines, the plaintiff in the 2014 Maine Supreme Judicial Court case similar to cases the Trump administration is trying to overturn… 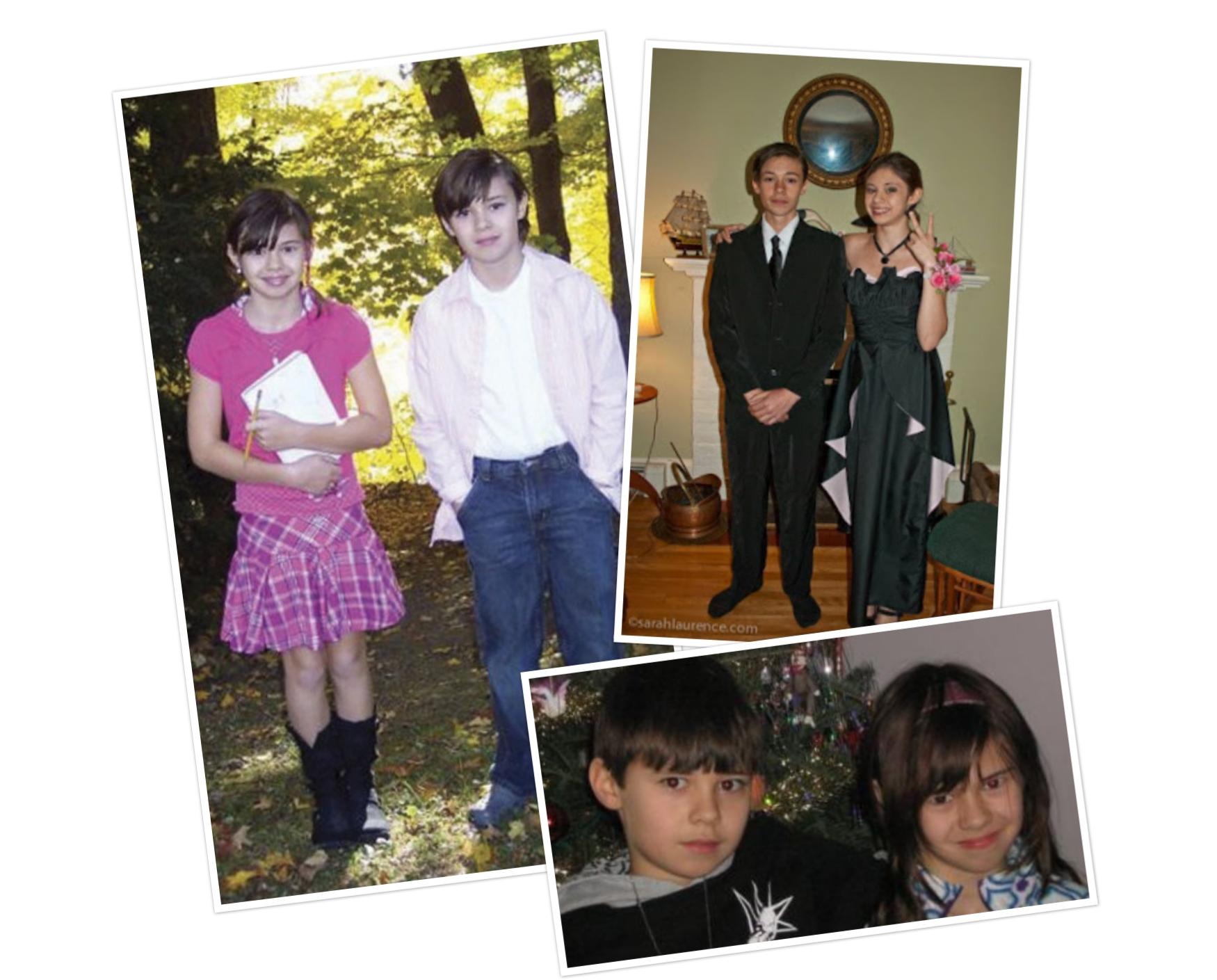 Born “Wyatt,” Nicole Maines had begun identifying as female at age 3; her biologically identical twin brother Jonas identified her as his sister. She interacted as a girl with her classmates from kindergarten on, and no issues came up.

That is, until she was 10 years old. That’s when a school administrator, a member of the Christian Civic League, accessed school medical records revealing Nicole as male. This grownup got a bug up his butt about it. He informed his 10-year-old grandson that his classmate, Nicole, was actually a boy named Wyatt; that it was gross that Wyatt was allowed to pee in the girl’s room; and that the boy ought to complain to his teacher that if Wyatt was going to pee in the girls’ room then HE ought to be able to use the girl’s room too, so everybody could see how gross it was.

Seriously, that’s the stupidity that started this case. It caused a massive hullabaloo. The school decided that Nicole, and only Nicole, had to use a certain faculty restroom in a remote part of the building. There was bullying and teasing. Maybe you can recall how mean children can be. The funny thing is the bullying and teasing didn’t START until after the Christian Civic League got involved.

The family wound up having to pull their kids out of school (Jonas was being bullied too), sell their home and move to a different state. As her father Waybe writes,

That decision crushed her. It reinforced the idea she was neither a boy nor a girl - she was an "other."

Again and again, when you read these stories, it isn’t KIDS that freak out when a young classmate is trans. It’s the adults. The kids who tease and bully other kids invariably come from Christian households where they’re explicitly taught this is disgusting or immoral. The Maines family never WANTED to go public. They felt they HAD to.

Trans folks don’t make a fuss about using restrooms unless straight folks have already made a fuss. The “bathroom bills” nationwide are denying the rights of transgender folks, and transgender folks needing to push back.

So, OneGuy, if you really believe what you wrote above, you would OPPOSE all “bathroom bills.” It’s your side that created them.

A note on “mixed” restrooms … this is one answer in certain buildings, depending on restroom that already exist. Like most Americans, I has a visceral response to the idea, thinking back to my own teen/tween years.

I have worked in the same office for 12 years. I pee with the same people who identify as men all the time. I know some of them can do it standing up, but I’ve never seen, or been interested to see, what’s between their legs.

Eric Weinstein, an evolutionary biologist, made a good point on his podcast. There are biological survival reasons for same sex pairings. We see it in nature, when two male penguins adopt and raise a child. Penguin parenting is done in a harsh environment, requiring two parents. But when we do it, it’s weird.

Homosexuality is quite common in the animal kingdom, especially among herding animals. Many animals solve conflicts by practicing same gender sex.

“One fundamental premise in social debates has been that homosexuality is unnatural. This premise is wrong. Homosexuality is both common and highly essential in the lives of a number of species,” explains Petter Boeckman, who is the academic advisor for the “Against Nature’s Order?” exhibition.

The most well-known homosexual animal is the dwarf chimpanzee, one of humanity’s closes relatives. The entire species is bisexual. … Lions are also homosexual. Male lions often band together with their brothers to lead the pride. To ensure loyalty, they strengthen the bonds by often having sex with each other.

I think it should say lions are BIsexual, but anyway, I find this extra funny because Christians love lion motifs

One fear of Conservatives is that little children will be molested by bad men in bathrooms that sneak in dressed as the opposite sex.

But 3 minutes of thought should show how ridiculous that is. Transpeople and pedophiles are separate populations; the amount of crossover between them is ridiculously small compared to the MUCH BIGGER PROBABILITY a child will be molested at home or in the neighborhood by a relative or family friend.

The other fear, held by a Fundamentalist friend of mine who supports “bathroom bills,” is that children like her little granddaughter will be confused or scared seeing men in the women’s room.

But again, DUH. Think. For two seconds. THAT WOULD ONLY HAPPEN IF HER SIDE GOT THEIR WAY. See my article posted earlier.

At least you're honest about your fear.

I’ll bet you don’t realize where WEIRD originated, do you?

WEIRD is an acronym for Western, educated, industrialized, rich and democratic — a capsule description of the undergraduates that the majority of psychological tests are done on. Mostly first-year psychology students. The term is intended to denote awareness that doing all your studies on this tiny group (approximately 10-15% of human population) may not in fact give results indicative of humanity in general, and that such claims may in fact be rubbish.

I'll bet, ThatOne, you don't put much stock in results of psych studies. And yet that's where that "identity" comes from.

As to “us” “dying out,” well, as the link you provided says, it’s that other cultures are growing faster than ours.

Regarding the growth of populations, women tend to have MORE pregnancies and childbirths in cultures that are poor, facing disease, starvation etc. That isn’t a conscious decision, usually; it’s what the human body does to compensate for the fact that most infants will die.

So the way to slow down the growth of black and brown populations would be to increase economic equality worldwide. And you probably don’t like that idea.

Besides, WEIRD isn’t even a “culture.” Actual cultures: German. French. Scandinavian. Irish. I’m from Milwaukee, which has more ethnic folk festivals than any city. Nobody has a fucking problem with that. The problem is when the celebration is about the color of the skin, not the nation one’s ancestors hail from.

“Ah! But BLACKS celebrate BLACK culture,” you say. “How is that fair?”

Because “blacks,” or “African-Americans,” in the US are the people descended from slaves. Slaves were captured from many different areas and thrown here altogether. The history of these families disappeared and this group of people became “one thing,” and those in power taught them their skin was ugly and they were no better than animals. “Black is Beautiful” is about getting an identity back that was stolen.

This is not hard to understand.

ThatOne, can you explain this to me, because I honestly don’t get it:

I’m a WASP (White Anglo-Saxon Protestant), which is what they called us in my day. So are most people I’ve ever known. Hundreds. And of them, maybe a half-dozen are afraid about “us dying out.” Why are the vast majority of us unconcerned? Why does it terrify you folks?