I thought she was going to make it through the term

But she didn’t. The notorious RBG has died.

What could cause greater chaos and division, than we have, even now, in our Divided States of the tRump? The tRump and McConnell pushing thru a replacement Justice to the SCOTUS THIS YEAR could.

So the tRump will do it. Or try to do it. And I don’t know what stops him. Nothing other than the conviction that he would lose the election because of it. If he does not get that conviction, then we can expect the Supreme Court to become controlled by the Right Wingers for the coming generation. That really appears to be the most likely outcome, right now. Although I hope to all that is good, that I am wrong in this particular prediction.

And this is true: the tRump VERY recently added folks like Ted Cruz and Tom Cotton to be potential appointments to the SCOTUS.

Bye bye forever to any thoughts of overcoming the horrific SC decisions that enshrined Corporations as People and Money as Speech.

Bye bye to young women having a right to control their own bodies.

The tRump has scored a major advance today (by no skill of his own) in achieving the objective that all of his actions, taken together, indicate is what he must really want: to gut America, to divide it, to let Americans die, and even wind up killing each other. He must want death for Americans, as his actions lead us to more and more chaos, corruption, and deaths.

RBG no longer stands in his way.

You beat me to posting something. I’m sad and fearful. Sad she’s gone and fearful the dotard will insist on the man (yes, man, a right-wing, sexist, racist, misogynist, bigot) of his choice almost immediately without the nation having time to grieve, destroying the country for generations to come, throwing us back into the 1940s and Moscow Mitch will force it through before the election, even though the many X’ers, much of the Millenials and voting age Z’s don’t want what they want. I know I don’t and I’m an X’er. She is a cultural icon who will be missed. 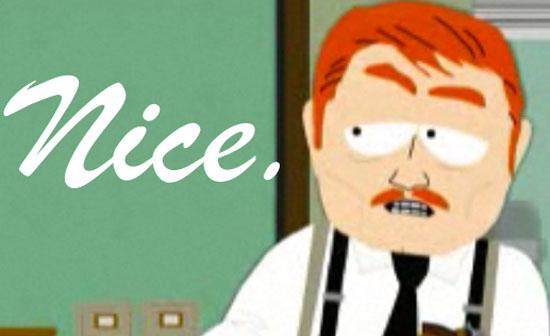 This might be Trump’s last chance to do something good.

Just days before her death Friday evening, Supreme Court Justice Ruth Bader Ginsburg said that her "most fervent wish is that I will not be replaced until a new president is installed,"

according to NPR, which first broke the news of Ginsburg’s passing, (and) reported that the liberal associate justice dictated her wish to her granddaughter Clara Spera.

oneguy must be ejaculating in his pants, a liberal 87 year old died. That must have made his day.

@thatoneguy You really think the dotard will do something good? Please. He wants to destroy this country and kill people. That’s all he does.

Kinda pissed that there is no space for grieving. Trump and McConnell will make sure of that.

My big question. Will some of the Republican Senators show that they aren’t mindless Trump supporters and vote their conscious?

@thatoneguy You really think the dotard will do something good? Please. He wants to destroy this country and kill people. That’s all he does.

I was referring to him choosing a new justice of substance.

But she didn’t. The notorious RBG has died.

But Death did capture RBG, as it has always done to everyone, eventually. She did indeed fight unflinchingly, repeatedly, to reject Death. She did not give up. She did not surrender. But Death ALWAYS wins such struggles, eventually.

McConnell did not let her body get cold, before declaring that the Senate would definitely have a Vote on whoever the tRump nominates.

The RepugLIARS will act without honor, without fairness, and with the most blatant and shameless of hypocrisy. This they have shown repeatedly, and NOW they will show it, yet again, but this will be an EXCLAMATION point.

So this is a time for the Reasonable Serenity Prayer.

There is a forlorn chance that 4 republican members of the Senate are NOT full fledged RepugLIARS. If such is the case, then there is still a chance to prevent this RepugLIAR atrocity.

However, if it is the more likely case, that the RepugLIARS will continue as they have been, then we must have the serenity to accept that. Our hope, will then be in the massive defeat of the RepugLIARS in the coming election.

This could play out in different ways. Will the RepugLIARS try to confirm a new Justice before the Nov. 3rd date? They can’t confirm him BEFORE the election, because the election HAS ALREADY STARTED. But they could confirm him before Nov. 3rd.

If we cannot change the RepugLIARS further destruction of our Democracy, then we will need to find the serenity to accept it.

What reason tells us that we still CAN change is to be part of a MASSIVE Vote to rid ourselves, not only of the tRump, but of a majority of RepugLIARS in the Senate.

And reason tells us that when we control the Presidency AND the Senate, as of next January the 21st, we MUST be willing to be AS RUTHLESS, AS INCONSIDERATE of FAIRNESS, and of HONOR, and AS unbridled by INTEGRITY, as are the REPUGLIARS, now. There will be things that we CAN change, then. And we must have the courage to do so.

I was referring to him choosing a new justice of substance.

The tRump's idea of "substance" is someone who will be absolutely loyal to him rather than to the Constitution.
citizenschallengev3 September 20, 2020, 10:32am #13

Tim you better explain “substance” to Guy, I have hunch he may known it at one time, but he’s been downing too much of that Trump Swill and his head is all screwed up.

And I don’t know what stops him.

That what terrifies me. Yup, good old Obama our pal and the limp noodle democrats who rolled over for the Republicans five years ago - rather than engage a huge Democratic uprising to protest the stonewall. Though in good fashion, they did have massive demonstrations after the ink was dry. Go team.

What most don’t seem to want to recognize is that Republicans have really and truly have gone full Totalitarian on America - and see anyone who isn’t on their side as an enemy to be destroyed. Then ruthlessly crushed. That is what’s going to destroy this country.

Rachel Maddow tells the history of how Mitch McConnell decided not to allow President Barack Obama to fulfill his constitutional duty to name a Supreme Court justice to the seat vacated by Antonin Scalia, setting up a caustic showdown over replacing Ruth Bader Ginsburg.

Meanwhile 200,000 dead and counting on the hands of the RepugLIARS.

Let’s not forget their continuing destruction of America thru other means than just taking over the SCOTUS.

Let’s not forget the pathetic RepugLIARS continuing to relieve their metaphorical bowels all over America, in their frenzied adulation for their scamming leader.