When I was first learning about it (early 1970s), it was all conjecture, based on fundamental physics and logic. Meaning it was quite educated and rational conjecture - but it was so damned inconvenient and no one wanted to miss out on the party.

These days those daring to look at the news, see worst fears unfolding in real life, so where does that leave us?
I can see that for most, simply continuing to ignore it is the best thing, the only thing, they’ll always feel victimized and look to others to blame, while the times and locations will do what it will.

But what about those that do see and appreciate the magnitude of the changes starting to speed at us. Do we simply continue in our own day to days, trying not to let the horrors and fears destroy our soul and still find value in living. Part of me still wishes to believe that minds can be changed, even if I never see it happening.

More and more I wonder if the most important thing is the striving in and of itself, the experience and the quality of the product one leaves behind. In a way, all else, is simply an after thought so it doesn’t matter if human history turns out ending in a couple decades or a century.

New research shows that if humanity fails to address the growing concentration of atmospheric greenhouse gases, Earth may experience global average temperatures not seen in at least 40 million years — as soon as the year 2300.

“We have at least 66 million years of climate change in detail, a high fidelity record of the record in detail, and we can put it into context with projections for future climate,” said James Zachos, paleoclimatologist at the University of California, Santa Cruz. “The amplitude of anthropogenic [human-caused] climate change, by 2300, will be larger than the natural variability associated with orbital forcing throughout the past 66 million years.”

Zachos is one of 24 co-authors who contributed to the research, published Thursday in Science and borne of decades of deep ocean drilling and international laboratories’ coordinated efforts to splice together a climate record from samples obtained from ocean sediments.

“Over the last 66 million years or so, for most of that time, the Earth has been warmer than it has been in the last couple thousand years. That’s something we can see a lot more detail now, and that gives us a nice perspective on what’s happening in terms of anthropogenic warming and where we’re headed over the next several centuries,” Zachos said.

For most of the past 34 million years, global average surface temperatures lowered to temperatures more familiar to us.

The authors’ new climate curve is so fine-grained, Zachos says, that astronomers can use it to test their calculations of past orbital variations.

I can’t fathom how most people think about it and rationalize it away, (that is still dreaming of thirty year mortgages and business plans for flying to the moon and beyond and other grand dreams of past decades), it’s like trying to understand the train of logic my Maddy is following as she surveys the lower twenty. 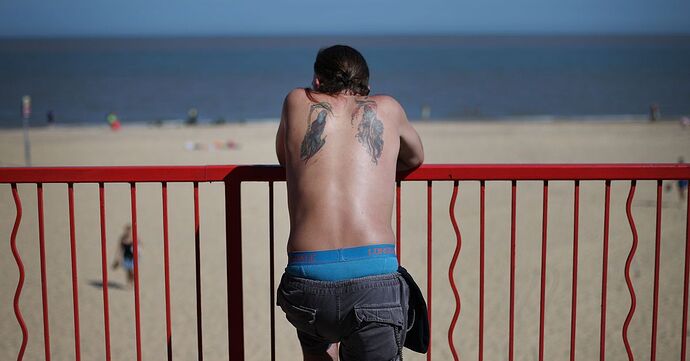