He has lost the mandate of heaven

If you can believe in the paranormal, then the following story should be very credible to you.

Evangelicals have perceived Donald Trump to be the current day personification of Cyrus the Great.

“A sustained effort by influential Christian voices to justify Trump’s personal misdeeds and political cruelty has led to the frequent portrayal of Trump as a flawed vessel for God’s will. In particular, Trump has been compared to King Cyrus, who, according to the Bible, liberated the Jews from Babylonian captivity, despite himself being a Persian ruler.” 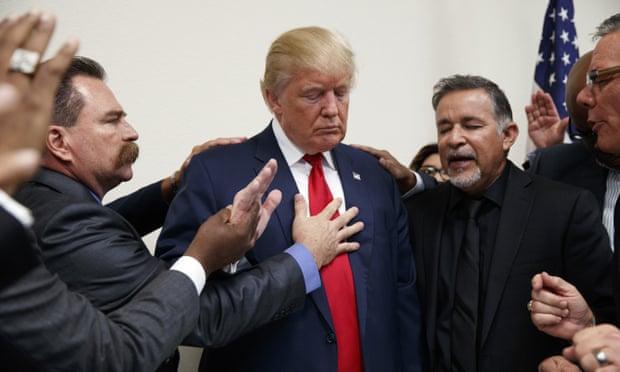 Things seemed to be going well for the “Great Cyrus T rump” until he betrayed out allies, the Kurds.

"Though Robertson has been a consistent Trump defender, he continued to rip the decision, saying that “the president, who allowed (Washington Post journalist Jamal) Khashoggi to be cut in pieces without any repercussions whatsoever, is now allowing the Christians and the Kurds to be massacred by the Turks.”

“And I believe — and I want to say this with great solemnity — the President of the United States is in danger of losing the mandate of heaven if he permits this to happen,” he concluded."

Since then, T rump has been a total loser. He has apparently lost the “mandate of heaven”. Iow, he was previously blessed by god almighty, but now he is cursed. And since he is our leader, the USA is also cursed as long as he is.

Hence we are trapped in this Pandemic infested nightmare, with the T rump Great Depression looming, until he is removed from office.

And the Lord shall strike down his people with plague. And the coffers of his nation shall be emptied. Death and destitution shall be his legacy.

But lo! Another shall be anointed with the mandate of heaven. After the darkness of fallen Cyrus has been fulfilled in its breadth of destruction, a savior will arise. And you shall know him by his name. Joe.

And Yea though Joe the aged and wise is arising, the former Pretender yet reigns.

He incites the people against one another, and the chaos that is always in the Pretender’s wake, abounds. He uses his chaos of division, to dominate the people with his soldiers. As darkness spreads across the nation, he holds forth the Holy Book and wields it, in sacrilege, as a cudgel of his authority to further crush the already downtrodden and the truth speakers. 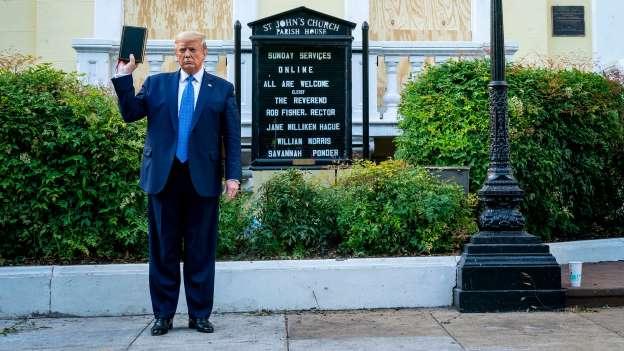 This perfidious personality, this damned one, stripped of the mandate of heaven, reveals his true self.

The number of Christian refugees and other religious minorities allowed to enter the U.S. has dropped dramatically under President Donald Trump...

With religious persecution of Christians at some of the highest levels ever reported, closing the door to refugees and asylum seekers threatens the lives of Christians…

Six months into 2020, fewer than 950 Christians have been resettled from these 50 countries, compared to more than 18,000 in 2015, the report said. If current trends continue, the U.S. will admit roughly 90 percent fewer Christian refugees from these countries this year than in 2015. 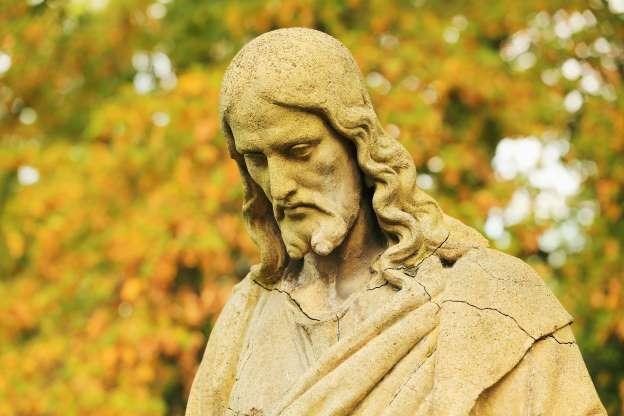 A jesus statue like this was beheaded recently in a Catholic Church. Such is emblematic of a nation lead by a fallen hand of gawd, like the t rump.

Thanks for bringing it up, though…

We shall see. The Democrats lost an election they had in the bag in 2016.

Democrats again seem to be prone to taking their victory laps before attaining the victory. If we aren’t changing minds we are losing the battle.

White evangelical approval of Trump slips, but eight-in-ten say they would vote for him
BY MICHAEL LIPKA AND GREGORY A. SMITH

Tim, have you ever been given boxing advice: you don’t punch at the nose, you need to aim an inch behind the head that nose is stuck to, if you really want to connect with that nose.

No I never had to use the advice. I was wrestler, come at me with your fists and I’m coming in fast and you’re going down and your fists won’t be doing ya any good. Well, at least a much younger me. I also learned long ago to associate myself with a much more sane and civil crowd. But when seeking youthful adventures, you know how it goes - in for a nickel, in for a dollar. Live and learn.

Most white evangelicals have not lost their faith in the t rump. Though their faith is naturally waning in the truth of gawd’s holiness that the t rump has lost the mandate of heaven.

Those white evangelicals who are utterly still invested in the t rump have declined to 59%, presently. As it becomes clear, to more of those, they too, will peel away, for gawd will not be mocked.

Lo! A challenger has risen. Empathic Joe Biden seeks to be the new champion of heaven and to drive out the spoiled former emissary of gawd.

This new angel of hope has been painted by the t rump’s false witness, to want to “hurt gawd”. But Joe is a good Christian who actually knows something about Christianity (unlike the t rump).