Nov 4, 2022
Oath Keepers founder Stewart Rhodes has taken the stand to testify in the seditious conspiracy trial for several members of the organization for their actions surrounding the January 6 Capitol riot. NBC’s Ryan Reilly and Glenn Kirschner have details.

So Rhodes claims the election was invalid to begin with, because some election laws were changed.
Does that hold water?

3:25 AND RHODES SAID, ‘EVEN BEFORE WE GET TO FRAUD,
WHAT THE STATE ELECTION OFFICIALS AND LEGISLATORS WERE DOING DURING COVID, CHANGING THE RULES AND PROTOCOLS, MADE THE ELECTION IN HIS OPINION INVALID AND UNCONSTITUTIONAL.’

THAT’S FORESHADOWING FOR WHAT WE CAN EXPECT.

Doesn’t make sense to me, but what do I know, so lets do some fact checking and putting cards on the table: 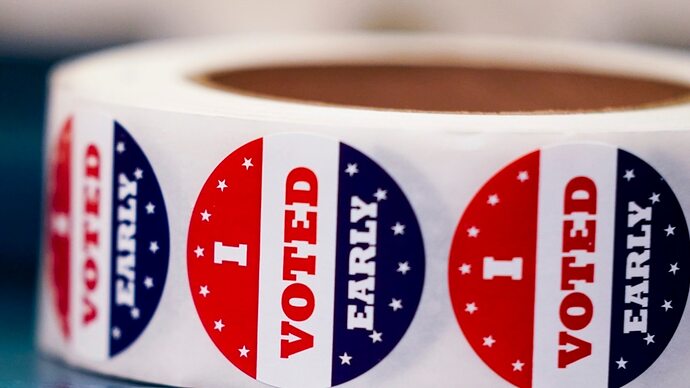 How US Voting Laws Have Changed Since 2020

Changes to election dates, procedures, and administration in response to the...

Ballotpedia: The Encyclopedia of American Politics 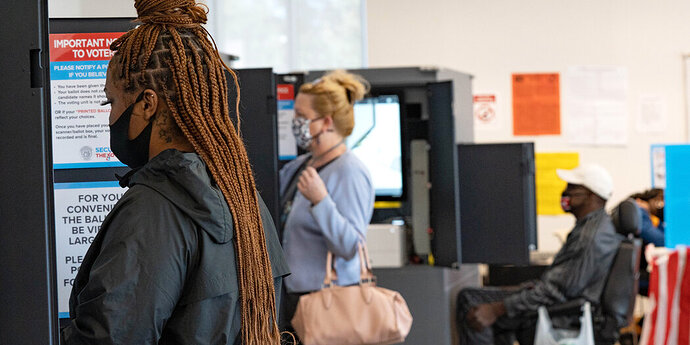 Legislatures largely made it easier for voters to cast their ballots this year, but a backlash against voting access is expected in 2021.

The video had an error, but I can guess.

The theory this election will be that Democrats broke the law when they encouraged and signed up people to vote. No laws were broken, but I’ve already seen people talking about this. The midterms will probably be pretty quiet because Republicans will make enough gains in the House and get enough governors and state-level officials who then plot to cause a lot more trouble in 2024.

Here’s an interesting update and a good way to look at the happenings.

Another quote from insurrectionist William Reid: “I’m clearly flawed but my issues stem from a single problem: I drink to self-medicate. People close to me, including my former girlfriends have told me that for years. I never listened, I rationalized”

I know I’m not one to lecture about diplomatic "sensitive’ dialogue, given the steam under my collar, but that doesn’t make me blind to the reality that so many of these tough guys, especial the types that gravitate towards a hero mirage are sad lost folks, often (with surprising exceptions, Rhodes as case in point, but then he was a leader, and not the chum.) under educated, under experienced, hurt and pissed off that their dreams have turned to dust. Anger is easy to rile up. To blame others is easy. Destroying is easier than creating. Personal soul searching takes effort. And a little help, often in the most unlikely of places, sometimes by the unlikeliest of people. But liberal types gotta do a bit of their own waking up and improve our own understanding of underlying driver, dealing with ourselves as well as with others.

Nov 30, 2022
MSNBC’s Lawrence O’Donnell discusses Elmer Stewart Rhodes, the founder of the far-right Oath Keepers militia, having been found guilty of seditious conspiracy for his role in the January 6th Capitol Riot and explains a pattern that keeps coming up in Capitol rioter’s sentencing procedures.

As despicable as some people are, there’s alway that little kid in there, one who wasn’t given breaks, or blew the breaks given, either way, it takes help to dig out of our holes.

Despise the behavior, but don’t forget the hurting lost soul inside the human. 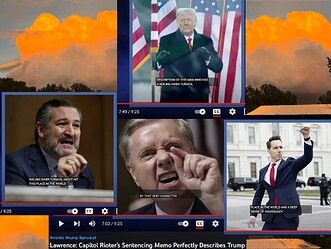 That’s why we need pragmatism along with a heart.

In my honest opinion, those who say the 2020 election results were invalid are either brainwashed or sore losers or both. Keep in mind, the Oath Keepers, Posh Pawley, etc have an agenda they want to impose on the nation and it’s an agenda that controls with religious ideology that suppresses minorities like women, LGBTQ, and people of colour. They attempt to take away rights, such abortion, marriage equality, etc and whether they voice it or not, it is because of a religious agenda they have. So they will say anything in an effort to make the results and to get people to believe that the result were invalid.

The Republican mindset is ; “My way or the Highway”!

It is a clinical egocentric condition that excludes all options but “mine”.