What is meant by WW3?

The war in Turkey

This one has A jet fighter crushed in the border and Recep feared Putin . Recep is man that does what’s most benefit his country and he feared A war with putin more immiment than Europe. Know that Recep is willing to wage war and Geaorge Soros wanted it back then. Still war can erupt in Turkey and if happen can split Europe.

It looks like Russia can talk about it and it probably didn’t happen:

Point taken regarding that particular issue, but to leap from that to assuming there have been no accidents with nukes in Russia, like disappearing from planes - or that if there had been that Russian would have dutifully noted it publicly - we know that’s not how Russia operates

Since 1950, there have been 32 nuclear weapon accidents, known as Broken Arrows. A Broken Arrow is defined as an unexpected event involving nuclear weapons that result in the accidental launching, firing, detonating, theft or loss of the weapon. To...

Accidents happen. And Russia’s military looks to cover them up. 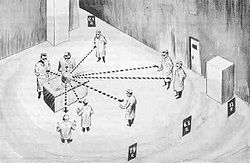 This article lists notable military accidents involving nuclear material. Civilian accidents are listed at List of civilian nuclear accidents. For a general discussion of both civilian and military accidents, see nuclear and radiation accidents. For other lists, see Lists of nuclear disasters and radioactive incidents. In listing military nuclear accidents, the following criteria have been adopted: This list may be incomplete due to military secrecy. While demonstrating his technique to visit...

Any nuclear power will keep nuclear weapons accidents under wraps for national security reasons. Including America. US accidents were not known to the public when they happened.

The big difference in policy between America and Russia (in the cold war era) was we had a global military presence whereas the other side did not. That’s why US eff-ups were more feared – and more likely.

Any nuclear power will keep nuclear weapons accidents under wraps for national security reasons. Including America. US accidents were not known to the public when they happened.

Now that is something we can agree on. Nuclear power is not as safe as some people believe it is (this includes my older son, who believes it is totally safe, if one doesn’t do stupid stuff with it.