Somehow, I thought I already did this, but I can’t find it anywhere.

I agree with the title of this YouTube, that Greene has a surprising take on religion. It’s not that out of the ordinary, but it was surprising to me that Greene has this take. So, when he referenced a book from a hundred years ago, I looked for it. It’s available for free. “The Varieties of Religious Experience” by William James.

As I’ve often reported on this forum, the results of my research were disappointing. First of all, no surprise, his Nobel winning colleague mentioned early in the interview is wrong; Greene doesn’t need to go on a journey and learn some new way of knowing. The book is a little more subtle, it is a rational look at religion. I didn’t know there was something like that from way back then. But I didn’t get out of the first lecture in it to see the guy was dismissing a lot. I skipped to the final lecture, the one Greene says sums it all up wonderfully. It doesn’t.

After reading, in the “Conclusion” chapter, “The sciences of nature know nothing of spiritual presences, and on the whole hold no practical commerce whatever with the idealistic conceptions towards which general philosophy inclines”, I saw no reason to go back and read anything that led him to that conclusion. He goes on to say science only deals with the symbols of reality, but when we deal with the personal then it’s more complete. I guess I can forgive him for not having access to the more complete sciences of the brain, DNA, psychology, and so much we now know about the history of human thought. I can’t forgive Brian Greene the same.

William James makes what I consider a very simple mistake. I think religions will slowly realize they are doing this and quit, and then claim it was their idea. It’s the idea of an ultimate reality, an ultimate meaning to existence. Once you accept that as the goal, the thing to strive for, you can take on any number of unsubstantiated paths, as James does when he says in a footnote that “Man can learn to transcend these limitations of finite thought…”

In my younger days I would agree - science is it and all else is hogwash. The mistake some folks on “our side” make is thinking if we don’t say Science is All, then we’re implying science is somehow bad/less, etc. Saying Science is not all doesn’t imply religion therefore is good. And it doesn’t imply mysticism.

I look at it more like this - strip all the baggage of organized religion and we’re left with ancients trying to come to terms with what they see around them, the big questions, which included morality. Unfortunately what they came up with got bastardized into what we have today. That’s a whole history of course. But we need to put the whole thing in perspective. As we progress, what counts as supernatural diminishes. And someday, when religion has gone the way of astrology, there may be things we now consider “supernatural” to be just something that was there all along but we didn’t have tools to understand it. (I’m thinking about Arthur C Clarke’s Any sufficiently advanced technology will appear to be magic…).

And so I do think there are ways, not yet understood, that each of us can transcend our own limited thoughts. (I’m actually writing a book on the subject.) BUT, and this is a big but (

) - problems obviously arise when someone steps in and claims that therefore we all should follow him/her because of his/her transcendence.

This is a much better expression of scientism. he also covers “political correctness” and it’s various forms. FF to 15 minutes if you’re short on time.

He’s talking about the value of seeking truth for its own stake. Bart tries to get to the emotional drive. He does find joy in artistic expressions, but he’s skeptical of whatever insights he might think he has. He separates experience from science, and validates both. Claiming that only one of them is correct, is “ism”. 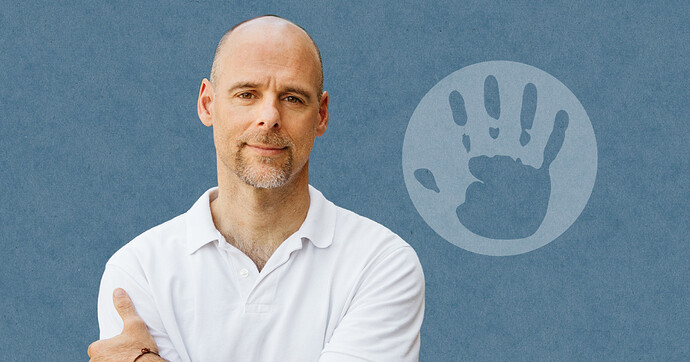 A podcast about making the most of life by reframing your story, building better relationships, and cultivating wonder and gratitude. Hosted by Bart Campolo.