Utopia and self extinction

As far as i could check, the experience has been led and its author is a true scientist

I read the article and while identifying some of the problems correctly, his choices of causalities are wildly exaggerated and prejudicial.

Such a mix of conspiracy theories and bad economics (Thomas Sowell). Hard to know where to start. Right off the bat, nowhere today does this utopia exist. Most people on welfare want to get off of it, and do. They are food insecure and surrounded by crime, and bad policing, and bad air and water.

The equivocation with homosexuality and mental illness is one of biggest tells. He is not aware of human history or psychology. He provides no data for his conclusions, because he doesn’t have any.

Are you talking about Calhoun’s original study, or subsequence follow up studies, or other opining upon his study? It makes a difference.

What’s interesting about the article you linked to, and others that the page subsequently linked to, are all about squeezing a political agenda into the study. Namely, welfare is bad and must be eliminated, and we need to get back to nature and fighting tooth and nail for ownership, and to protect what’s mine from the unwashed masses - who can just devour themselves and be done with it.

Instead of over-population pressures and their results, it’s become a study of the mouse “Welfare State” and how that’s a proxy for attacking “left wing politics” and existing social services.

When it becomes a weapon of politics for our right wing ‘masters of the universe’, you’ve drained the study of all the serious science and it’s serious implications - which are just as applicable to consequences of right wing politics, the forcing populations to increase beyond our ability to provide a human life for people. 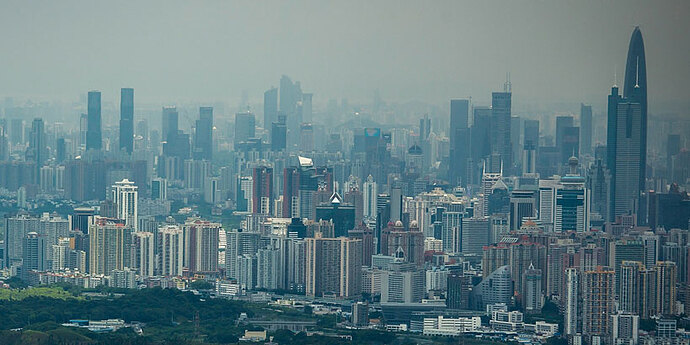 Our reporters gained access to three of the world’s “special economic zones”—and found paradises for corporations and wastelands for workers’ rights.

Our reporters gained access to three of the world’s “special economic zones”—and found paradises for corporations and wastelands for workers’ rights.

BY MATT KENNARD AND CLAIRE PROVOST

Special economic zones (SEZs) have spread rapidly over the past 20 years, including in many low- and middle-income countries keen to attract private investment for industrial development. But while much debate has focused on their economic performance and success factors, there are concerns over land expropriations, poor labour conditions and lost public revenues. These concerns are often partly rooted in the legal regimes that underpin SEZs — their failure to protect affected people, their exempting SEZs from national laws or their weak arrangements to ensure compliance. At the same time, activists have in a few cases mobilised the law to contest SEZs and their impacts. This briefing discusses these trends and points to possible ways forward for research, policy and practice.

Not that there isn’t some truth to the ugly underbelly of Social Services - but what about looking at our society - where the mantra is “Get the most you can, with the least amount of effort” Never stop dreaming of becoming one of the 1% who’s fanatical over the top gilded gold lives most people seem to be endlessly fascinated in.

Guess my point is:
“Too Much Is Never Enough”, did not come out of a left wing think tanks to become the gold standard of most of today’s Americans !!!

If you want to discuss the Calhoun study, why not stick to what he wrote, instead of what others are trying to massage his study into.

Slums aren’t a creation of left wing politics either:

The Economics of Slums in the Developing World

The global expansion of urban slums poses questions for economic research as well as problems for policymakers. We provide evidence that the type of poverty observed in contemporary slums of the developing world is characteristic of that described in the literature on poverty traps. We document how human capital threshold effects, investment inertia, and a “policy trap” may prevent slum dwellers from seizing economic opportunities offered by geographic proximity to the city. We test the assumptions of another theory – that slums are a just transitory phenomenon characteristic of fastgrowing economies – by examining the relationship between economic growth, urban growth, and slum growth in the developing world, and whether standards of living of slum dwellers are improving over time, both within slums and across generations. Finally, we discuss why standard policy approaches have often failed to mitigate the expansion of slums in the developing world. Our aim is to inform public debate on the essential issues posed by slums in the developing world. 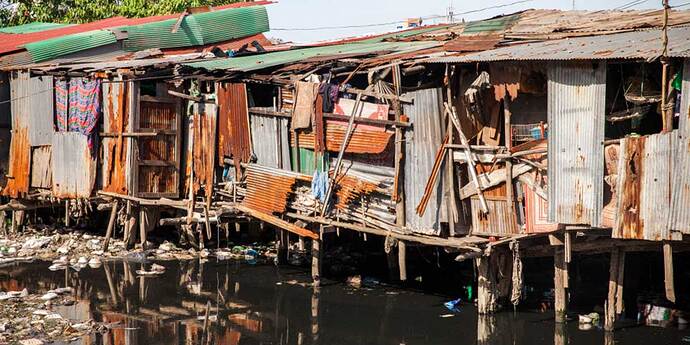 Urbanisation and the Rise of Slum Housing - Habitat for Humanity GB

Urbanisation - Slum is a term that is used all around the world. But where does it come from? By looking into slums' past, present...

Slums aren’t a creation of left wing politics either:

Slums are not the creation but the result of unrestricted Capitalism.

Democracy does give the government power more so than a Republic, but a Republic only works when the citizenry is civil and considerate.

Unfortunately the American public is not quite ready for such freedom as witnessed by the armed insurrection calling for people to be hanged and resulting in death and injury.

I find it very speculative. The fact that humans aren’t mice is the biggest problem. But the studies are interesting and still worth evaluation.

I agree, these various trends need to be monitored and evaluated as to sutainability. Here we are dealing with a typical example of increased complexity via “human selection” instead of “natural selection” in the wild.

But looking at nature for what has worked without predation, there emerges a picture of socio-economic cooperation such as found in the relationship between flowers and pollinating insects, a productive relationship that has consistently fed the majority of herbivores on earth without any detrimental influences on the environment.

On the contrary, this symbiotic relationship has produced the most astounding artistry of flowering plants, as well as absolute sterile honey and Royal jelly which have therapeutic properties that have benefitted many other animals in the world, including man and many extraordinary bird species.

##Pollinators need you. You need pollinators##

Birds, bats, bees, butterflies, beetles, and other small mammals that pollinate plants are responsible for bringing us one out of every three bites of food. They also sustain our ecosystems and produce our natural resources by helping plants reproduce.

This nearly invisible ecosystem service is a precious resource that requires attention and support - - and in disturbing evidence found around the globe, is increasingly in jeopardy. Pollinator Partnership (P2) urges you know how this system supports you, and how your actions can help support healthy and sustainable pollination.

And for lovers of ocean life. 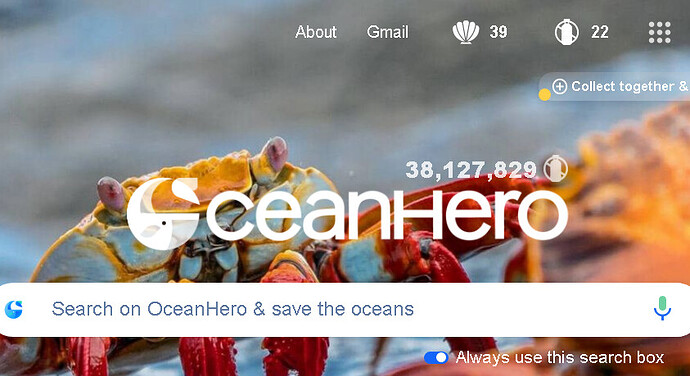 Note the numbers of log-ins and the number of bottles that will be removed from my simple browsing activity.

I find it very speculative. The fact that humans aren’t mice is the biggest problem. But the studies are interesting and still worth evaluation.

We’ve built our twenty first century utopia for the have’s, by ignoring the rest of humanity, and the full scope of the price being paid for today’s desired standard of living.

Sustainability is a fine line, one we should be spending more time thinking about.