The three dumbest ideas of the 21st century

Having a hard time deciding which is the dumbest. Help me decide,

Bitcoin . Can you imagine competition in “means of exchange”.

The dollar used to be backed by gold, then by silver, then by IOU, now being replaced by a virtual coin?

Love to see your work in this. The data

Bitcoin . Can you imagine competition in “means of exchange”.

The dollar used to be backed by gold, then by silver, then by IOU, now being replaced by a virtual coin?

Look up the bank notes issued around the time of the civil war, commonly called “broken bank notes”. 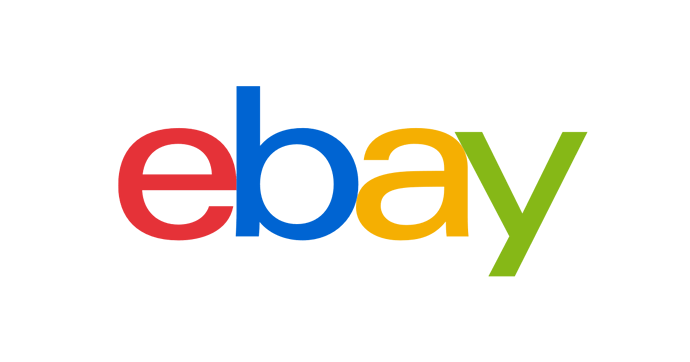 US Obsolete Currency for sale | eBay

Get the best deals on US Obsolete Currency when you shop the largest online selection at eBay.com. Free shipping on many items | Browse your favorite brands | affordable prices.

At least with them you got some really nice graphics on a piece of paper. There are reasons they are called “obsolete”. The introduction of bit coins closely parallels the currency situation of that era. Amazing that people just don’t seem to learn. Probably due to a lack of education.

Check out the history of the Brazilian “real”. All money is virtual. It’s our faith in it that gives it value

I think it is what we can swap it for that gives it value.

If one believes the reports, North Korea produced much of the US paper money in circulation, probably still does. How could one ever know if they are faking bit coins? I note that bit coins are still “priced” - valued - in dollars, so what’s the point, other than avoiding the IRS?

How could one ever know if they are faking bit coins?

The Bitcoin Energy Consumption Index provides the latest estimate of the total energy consumption of the Bitcoin network. 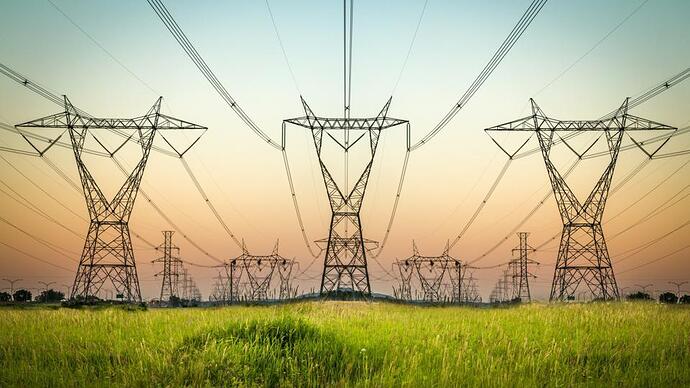 Why Does Bitcoin Use So Much Energy?

When the enigmatic Satoshi Nakamoto minted the world’s first cryptocurrency in 2009, the plan was to create a decentralized payments platform that would revolutionize how we buy and sell everything. The point of Bitcoin, according to Nakamoto’s... 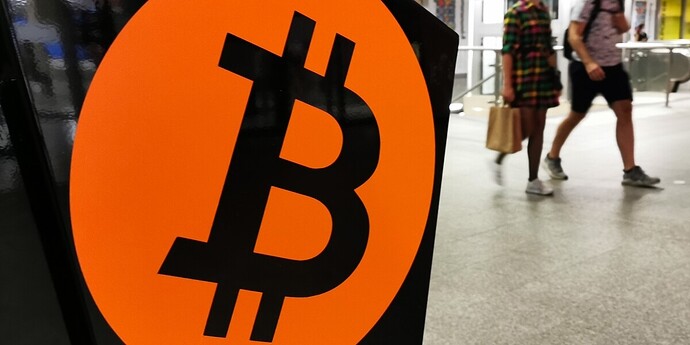 Every Bitcoin transaction consumes over $100 in electricity

But don’t worry AI will save us.

Having a hard time deciding which is the dumbest. Help me decide,

I notice you have no place for the impact upon Earth’s life support system.

But I guess since that doesn’t effect us, we shouldn’t worry about it?

And of course, AI will fix all that too, I suppose?

But still I’m curious, why doesn’t our impact on our society sustaining biosphere’s health ever seem to enter the minds of so many?

So I’ll answer the OP’s question - doubling down on Climate Science Denial is our society’s numero uno screw up, though definitely not the only really, really big and consequential mistakes of the past couple decades.

Allowing Bush and Cheney To Steal The Presidency also belongs on that list of most consequential mistakes of this century. Boy, oh boy, did that have hideous cascading consequences upon the future direction of global politics and civility!!!

I accept that global warming is happening and that it will continue to happen no matter what we do to fight it. The Earth’s climate has always been dynamic. Any attempts to maintain some sort of “status quo” such as the relatively nice weather we believe favors humans today are just futile. Much better to live with nature than to fight it.

Trying to save coastal cities like Miami and New York from long-term sea level rise will waste billions. Better to figure out what the coasts will look like with 200 feet of sea level rise and prepare for that. Accommodating the inevitable rise in short term increments of 2 to 20 feet just put the problems off on future generations. We need to recognize that our use of costal areas has time limits.

I believe humans, as a group, are just not smart enough to approach our problems with a long-term view. Most likely we will continue to look at climate change problems on a crisis basis. Of course, nothing we might do will prevent our ultimate extinction unless we solve the over-population problem.

I thought this one expressed our differences pretty well 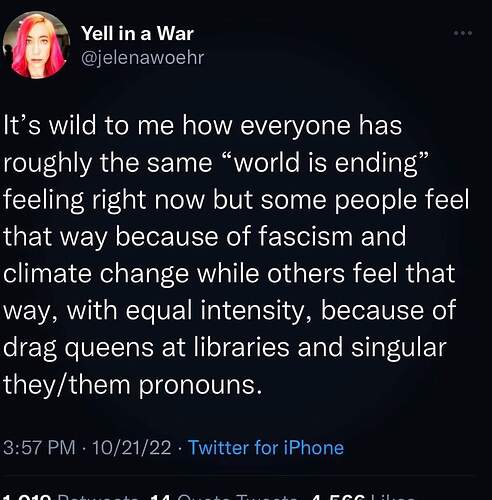 I accept that global warming is happening and that it will continue to happen no matter what we do to fight it. The Earth’s climate has always been dynamic.

Right! Like that’s some great insight?? For how much of that history would our society have been absolutely impossible to sustain, let along create. Ever give that any thought?

To think that the climate optima of the past ten thousands years, wasn’t an absolutely essential key to humans becoming successful farmers, warriors and society builders - is to reveal oneself not to have done any homework on the topic.

I don’t think you have a clue what all it’s taken to made us and modern society possible. Nor how much our planet’s climate regime has to do with it. Heck, I’ll bet you’ve never studied it beyond following the headlines of your favorite news sources. How close am I?

Much better to live with nature than to fight it.

To fight what? What do you think the challenges will be as we pass 2°C, then 3°C with apparently 4°C, 5°C already in the pipeline.

New research shows that if humanity fails to address the growing concentration of atmospheric greenhouse gases, Earth may experience global average temperatures not seen in at least 40 million years — as soon as the year 2300. 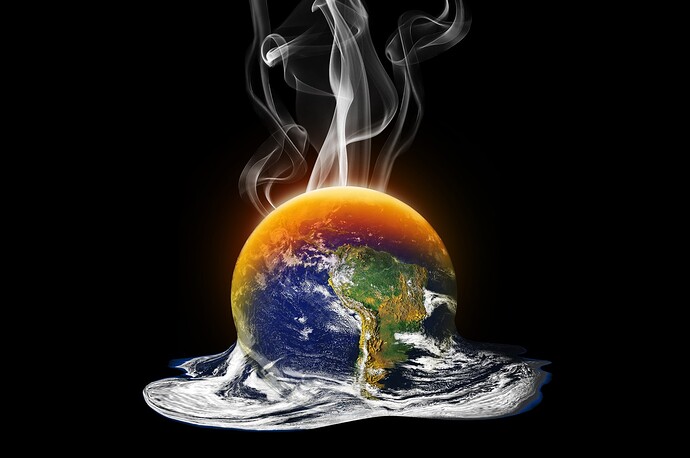 How Hot Will Climate Change Make the Earth By the Year 2100?

Our planet gets a little warmer every year. But the extent of global warming is still up to us to decide.

I thought this one expressed our differences pretty well

Lausten, don’t know what to do with that silly quote.
What world are we talking about - our personal little world?
Our governmental regime reality?
Or this Earth and her life supporting systems?

But then I guess when all can be normalized it doesn’t make any difference at all which one picks.
Or? 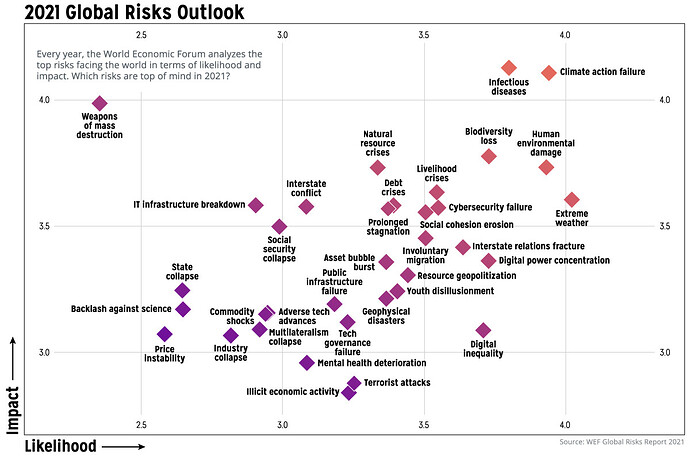 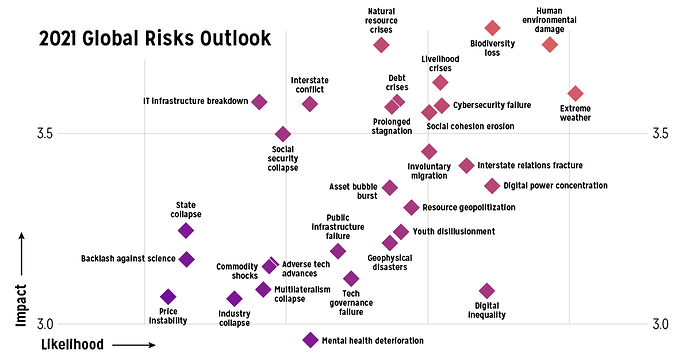 Visualized: A Global Risk Assessment of 2021 And Beyond

Which risks are top of mind in 2021? We visualize the World Economic Forum's risk assessment for top global risks by impact and livelihood.

Much better to live with nature than to fight it.

What you have missed is the fact that our lifestyle is not living “with” nature but “fighting” Nature and testing it’s ability to resist change that humans introduce.
Why do we have a scientific term “Anthropocene”?

adjective
relating to or denoting the current geological age, viewed as the period during which human activity has been the dominant influence on climate and the environment.
“we’ve become a major force of nature in this new Anthropocene epoch”

noun
the current geological age, viewed as the period during which human activity has been the dominant influence on climate and the environment.
“some geologists argue that the Anthropocene began with the Industrial Revolution”
Oxford Languages and Google - English | Oxford Languages

I believe humans, as a group, are just not smart enough to approach our problems with a long-term view.

There is that, and I agree. We are in a free fall and at the mercy of the next major weather event and the one after that, and so on as the years and decades keep piling on.

Most likely we will continue to look at climate change problems on a crisis basis.

Is that because it’s the ‘fashionable’ thing to do?
Or because we’re gambling with home and health?

Of course, nothing we might do will prevent our ultimate extinction unless we solve the over-population problem.

Well from the global fresh water and food and farmland situation, you can bet there’s some harsh pruning coming our way.
How the cards will fall is anyone’s bet.
There will be survivors for a long time coming, post global economy collapse, probably isolated pockets for the most part, at that point probably within decades, Ham Radios will be all that’s left of globalization, a travel will probably revert back to the good old days of horse power and leg power.

I read about things going on in the Arctic and Antarctica, Amazon Forest, northern Boreal Forests, Permafrost melt, Atlantic meridional overturning circulation being disrupted, Mountain glaciers and the rivers and regional climate regimes they anchor disappearing - I mean it’s one radical hit after another rushing at us fast. Truly horrifying, but there it is.

It’s one of the reasons I’ve shifted more towards philosophy and helping some folks get right with themselves. When the problems get too overwhelming, remember each of us has just one life, then we die. “What will you be present to?” We live our lives with the people around us, one day at a time, doing the best with your today, being aware, learning and growing a deeper appreciation of this world, the dance between geology and biology and the evolutionary processes of life over time, that created this beautiful amazing biosphere that sustains us with it’s folds within folds of harmonious, constructive complexity. We are biological beings destined to die, oh but what spectacular animals, if also insane and monstrously destructive, we be.

We are biological beings destined to die, oh but what spectacular animals, if also insane and monstrously destructive, we be.

We are too smart (and vain) for our own good.

What world are we talking about - our personal little world?

The cultural divide, represented here in our mocrocosm

Yes, exactly. Some see a crisis and want radical action, some see a dynamic situation that has not always been favorable for us. I think those in crisis mode will stay in crisis mode and spend their time, energy and treasure fighting each new crisis without ever addressing the root problem which will result in ever more crisis situations. We need to decide whether anyone has the right to contribute to overpopulation. I say no, no one has that right and I say the rest of us have the right to prevent overpopulation.

It is the old problem of who decides who will be the last person allowed in the lifeboat. The decision will be made or everyone will drown.

What we must talk about and, more importantly, do something about is women having babies. What do you think the quality of life will be like for the average person when sea level is 200 feet higher than it is today and we have a population of 40 billion?

What I get out of all the predictions by the concerned eco -people is that global warming with sea level rise will beget more warming. I expect it will feed on itself and get worse exponentially, the really bad situation occurring much sooner than predicted by linear models.

You can be sure that governments and businesses want growth without limit. Of course unlimited growth, of anything, is not sustainable but they want to grab all the economic and military power they can before the “other guy” gets it. We manage everything else in the world; we must learn to manage ourselves. If we don’t, we will just continue to out-compete each other right into extinction.

What we must talk about and, more importantly, do something about is women having babies.

How about: what we must talk about is woman getting equal rights and men not forcing so many babies on them.