The Captain of the Leaking ship

The story goes, there was a guy who owned a passenger ship. He heard there were rumors of it being unworthy to sail, but nothing definitive had been demonstrated yet, so he let it go. He sends it out with people on it, it sinks, everyone gets their insurance money. To the owner, no harm done.

That’s obviously irresponsible, but we know that mindset exists in the world. We can’t police it in every case. Inspectors can only inspect so much. There are no whistleblowers when people need to keep their jobs. Worse, it can happen collectively. We can hear about a problem, but because everyone is acting like it’s not, we can choose to join the group that’s not worrying about, and just go on partying. 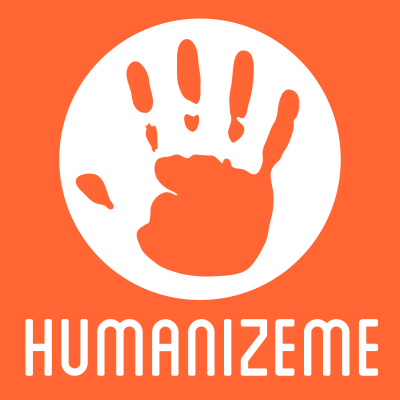 613: Mental Immunity, with Andy Norman by Humanize Me

Does the mind have an immune system? It turns out it does, according to Andy Norman, who applies the emerging science of cognitive immunology to our divided, post-truth culture. In this conversation with Bart Campolo, Andy is pushed to explain how...

That story is at about 40 minutes in. They start talking about left/right divisions just before that.

More to the point, comes after the 1 hour mark, about 1:05, something called Reason’s Fulcrum. It’s the agreement reasonable people have that they will listen to your POV, and consider it. Without it, there’s no progress in the world, no change. Conspiracy theories break this agreement, stop listening. And telling someone they stopped listening, just drives them toward explaining their thinking even harder, further breaking the fulcrum.

I don’t think we have to get fancy about this example. Part of the disease of capitalism is corporations allowing products to be purchased that they know full well are dangerous. Watch any season of Jon Oliver on HBO and I’ll bet he’ll feature several such companies.

That’s the point of the example. Put in terms of one person, we see the obvious evil. That exposes the human failing. But, a slow realization of harm, like finding out cigarettes are bad for you, spreads that blame out, and shields those who are just doing something that is considered normal.

Ah i see. And worse yet, these corporations plan for lawsuits and account for it in their budgets.

Something from all this thinking has been rambling around in my head. The key word that keeps coming up is compassion. No matter what your politics, I don’t see how you can get away from it. If you think people should pull themselves up by their own bootstraps, okay, but what’s the value behind that? Either you think some people are genetically superior, or you think those values can be taught. If they can be taught, then you should be support public education.

I can’t figure what the critique of liberal is.

I can’t figure what the critique of liberal is.

False sense of worth?
“I deserve more than you!”

False sense of worth?
“I deserve more than you!”

I don’t think that would be an accurate “liberal critique”. IMHO, being liberal means everyone deserves healthy food, clean water, an education, health care, housing, and other basic needs. It doesn’t matter if one is black or white, Native or immigrant, young or old, everyone gets universal health care, a quality education, etc. Of course, this maybe higher taxes, but if you pay the taxes, than it’s yours without extra cost, but then again, finances of the future will be different. We see that now, with us leaning towards a cashless society (I really hate cash, with all the germs and stuff, so I rarely have any unless given to me for my bday or Xmas). Our finances could very well be 1s and 0s and not a paper cloth ink mixture. So, we probably won’t notice the taxes as much, but we will know we are very much entitled to all these services, just as we are fire, ambulance, and police (though even that currently is imbalanced).