PBS gets this one right, about the Buddha. A mix of scholars and practicing Buddhists discuss the teachings and history and myth. I copied it at the point where Siddhartha has left his comfortable home, tried asceticism, and is meditating on his own. The old lord of desire tries to stop him from attaining enlightenment, but he taps the earth, saying, this is my witness, the earth, the earth is what we’re talking about, accepting it, the abused, despised plowed earth. It’s that to which we owe everything.

It goes on to talk about the supernatural knowledge he gets, and after a few minutes how he went on to teach his more practical ideas. 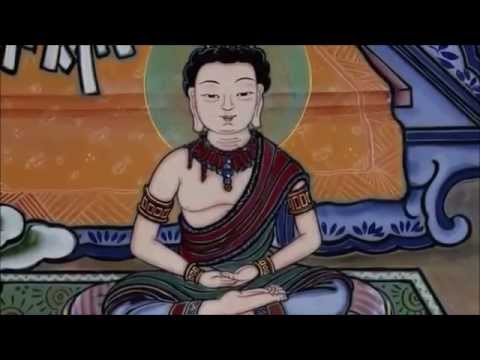