Let the Rodeo begin, trump & trumpsters, you're up

New York Attorney General Letitia James will announce her office's findings in the investigation into fraud at the Trump Organization Wednesday.

I wonder what his diehard fans will think about him once they start finding out what a low life cheat the creepy trump truly is. The truth will out you and character creates destiny.

It occurs to me that this is a law suit and the defendants will need to be physical served.
Correct?
That might be a fun side show in itself. I can see the server in the bushes at the golf course and a drone at a nice discreet distant, keeping track of the happening.

I wonder if a drone itself could be used, one delivering and one filming? Swoop down on a Penthouse patio and drop it into his lap and while the other takes his startled picture, and announces - you are served!

Time to fire up another Donation website for the gullible.

Meanwhile back in the big league,

The three-judge panel ruled unanimously that the DOJ is no longer enjoined from using the documents with classifications recovered from Mar-a-Lago in its investigation.

The three-judge panel, comprised of two Trump appointees and a Barack Obama appointee, ruled unanimously on Wednesday that the Justice Department is no longer enjoined from investigating the documents with classification markings that were recovered from Mar-a-Lago and will no longer have to submit those materials to special master Ray Dearie for his review.

“[Trump] has not even attempted to show that he has a need to know the information contained in the classified documents,” the panel wrote in its ruling. “Nor has he established that the current administration has waived that requirement for these documents.”

The judges also agreed with the Justice Department that Trump has submitted no record or claim that he ever declassified the documents at issue – which undercut Trump’s statements on social media otherwise. His team resisted stating as much when pressed by Dearie during a separate hearing on Tuesday.

MSNBC’s Lawrence O’Donnell analyzes the latest loss Donald Trump has faced in the Justice Department’s classified documents investigation and explains why the worst two days in Donald Trump’s life are the day he lost the 2020 election and today in light of that court decision and the lawsuit filed by New York Attorney General Letitia James.

He’s president. He doesn’t have to submit records. All he has to do is Think about declassifying a document and “Poof” It’s Declassified!!

He’s president. He doesn’t have to submit records. All he has to do is Think about declassifying a document and “Poof” It’s Declassified!!

Come on, even there, there must be a protocol that must be followed.
Oops, this just in: 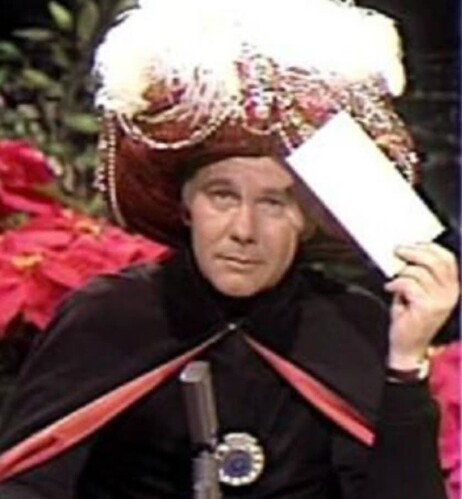 Several GOP senators raised new concerns Thursday about former President Donald Trump’s handling of classified documents, rejecting his claim that he could simply declassify the secret records by “thinking about it.”

“Several” - Wow!! That many?
The spell must be fading.

The dotard needs to go to prison for the rest of his life because of so many things he has done that were illegal and inhumane.