Is laser light coherent waves because it has two forms of decoherence?

Yes, two forms of decoherence in a particles path causes it to return to coherent waves (plane waves). The quantum which way experiment displays the same effect.

When you use laser light for a quantum experiment which includes a decoherence event …the process must be starting over.

Is incoherent light intersecting coherent waves that are immune to decoherence from other light waves? Does the chaos of its phase cause matter waves to decohere? Does a pinhole aperture cause them to be wave packets (decohere) and to be orderly? 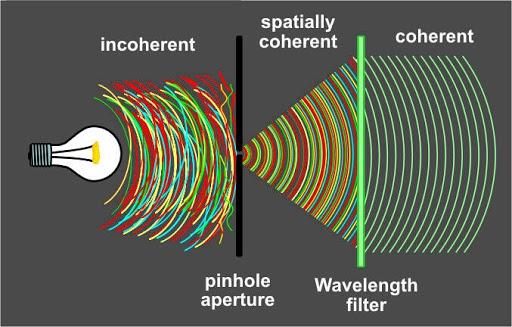 I suspect sunlight goes through something similar when entering water.

(h) Threads that consist of repetitive posting of the same comments, information, or links without meaningful development or responsive discussion will be considered a form of spamming or trolling and may be locked or deleted at the Moderators’ discretion.