Inquiry and the Supernatural

Rather than state, outright, that I don’t believe in the supernatural, I follow a methodological naturalist school of thought who strives to obtain empirical evidence for the supernatural which falls short to date. Renowned ghost hunter Joel Nickell has investigated all kinds of claims or approximately twenty years! So when the Netflix series: Haunted came out, many of these locations are still ‘active’ with supernatural activity. I am curious if the Center for Skeptical Inquiry paranormal investigator will investigate these alleged supernatural hotspots as well. 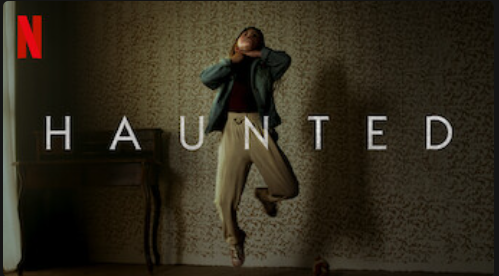 Our current level of science and technology falls short of being able to detect empirical evidence for extra-sensory or paranormal activity.

How do you know that?

Because we don’t know everything.

And there are certainly things that we cannot explain.

This is why, I would approach the empirical study of alleged events rather than saying “certainly things that we cannot explain.” Lets inquiry first then see.

How did you rule out the possibility that there is nothing to detect ?

I didn’t.
But how do you know there is nothing if you don’t look?

At one point science wasn’t advanced enough to detect an atom. Does that mean it wasn’t there?

To keep it simple: Yes, there are still things we don’t know

What are you trying to get at?

I’m not going to split hairs over definitions.

Because we don’t know everything.

And there are certainly things that we cannot explain.

“… certainly things that we cannot explain. …”

Good catch.
If we can’t explain it, is it even a “thing” - it’s more like a figment of the imagination.

This one begs the question: How much inquiry needs to be done before no evidence is finally enough not to be interested in said claim?

Or the other one - The more I learn, I realize how much more that I don’t know
… or something like that.

Perhaps, but when I watch something like Haunted and a participants make claims these occurrences happen in the physical world then just like Netflix creates media supporting this we must continue to create media debunking this. . .

and who knows . . . I do not want to take the philosophical naturalist position that there isn’t a supernatural. I think, we should take the methodological naturalist position to investigate and see if such a claim can be empirically verified. Will I investigate the spaghetti monster? Probably not. Should we investigate, and continue to investigate a witness’ report of some event that defies explanation for them. Why not? Many scientific discoveries happen as the result of an accident. Researchers looking for something, but finding something else that was equally interesting.

I say, as a general rule, keep an open mind an attempt to verify a claim before dismissing it without verification.

I do not want to take the philosophical naturalist position that there isn’t a supernatural.

Supplemented by my own 66 years of experiencing life. The supernatural was utterly fascinating when I was a kid, but became too silly, and as I grew up it lost its fascination and has drifted into the silly.
Now I would be open to hearing something outlandish and mysterious, but I need real evidence to push it beyond fantasy. Much gets promised, then nothing gets delivered. Been around long enough to recognize a pattern.

I say, as a general rule, keep an open mind an attempt to verify a claim before dismissing it without verification.

Well there’s something besides verification to consider, “feasibility”.

“It pays to keep an open mind, but not so open your brains fall out.”

I’m always reminded of Arthur C Clarke’s saying (paraphrasing) - any sufficiently advanced technology will appear to be magic to a lower civilization.

Quite the opposite of citizenschallenge, the older I get the more open I am to some so called paranormal things being real. But of course that only goes so far, and the myriad shows on TV kind of screw things up by trying too hard. The whole Ancient Aliens thing is sort of an example…seems like just about everything is because of AA. Same with this fad about ghosts, etc. The shows devolve into plain silliness, instead of taking the thing seriously and seeing if there are any actual scenarios, tests, or even just reasons why we can’t yet apply science/evidence to them.

The shows devolve into plain silliness,

Isn’t is possible that’s the only place they have to go to?

Sort of like trump, just watching him ride down that golden elevator and we knew it was guaranteed to be a s¶⁄t show, no matter what path the little “t” took.
Why? There simply wasn’t the raw material intellectually or ethical or moral for it do anything but implode on itself in a disastrous destructive mess.
Once the momentum wore off.

Probably, but only because they’re entertainment, and they want the gravy train to last, as in they run out of semi-legit ideas then devolve into whatever they can think of sitting around the table in a drunken stupor after they cashed the checks the networks have been handing them!