How do you know what's true?

This isn’t epistemology, it’s an overview of the questions about objective truth. It covers the types of conversations we get stuck in here sometimes. 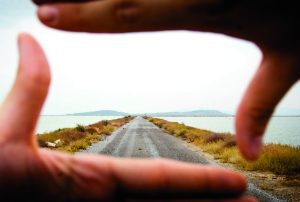 Are there objective truths? That is, are there truths that are independent of us and our language, conventions, beliefs, attitudes, and social practices? Common sense says yes. After all, isn’t it rather obvious that the truth about, say, the shape...

IMO, there is an objective truth, but we may not be able to experience all of it.

While it is true that we experience truth individually as a “best guess” as to what we are observing, we can approximate inherent truth by concensus and mechanical means (physics).

H2O in large quantities at a certain temperature produces a liquid substance we have named “water”. This truth can be proved repeatedly.

And surely, we can conclude that what we have identified as Universal Constants must be true in some abstract as well as testable functional ways.

It was a good read, even copied into a word doc so I could print it up and take on walks to chew on a bit more. For me, on the whole seems solid, no red flags and informative. We can warm up with the introduction:

The Truth about Objective Truths

Are there objective truths? That is, are there truths that are independent of us and our language, conventions, beliefs, attitudes, and social practices?

Common sense says yes. After all, isn’t it rather obvious that the truth about, say, the shape of the Sun has nothing to do with us whatsoever? And if not, then isn’t at least that true independently of us?

Nevertheless, the idea that there is such a thing as objective truth is often fiercely criticized. Famous philosophers such as Friedrich Nietzsche, Michel Foucault, Jacques Derrida, and Richard Rorty have asserted (at least in some of their moods) that truth is always subjective, socially constructed, and relative to perspectives.

This is no mere philosophical quibble. The notion of objective truth is what anchors all serious, clear-headed inquiry, and without it the distinction between science and pseudoscience breaks down. And while subjectivism about truth is a rare view among professional philosophers,

it is highly influential in other parts of the humanities and social sciences, where, as a consequence, reason and argument have been to a large extent replaced by political ideology.

I will side with common sense.

I will first give a very simple argument for the claim that there are objective truths.

I will then go on to answer some concerns that often lead people to deny this claim or at least resist it.

… Second, the claim that there are many different ways of interpreting the world is ambiguous. It could be taken as:

The first three of these claims are perfectly consistent with the claim that there are objective truths. … (Victor Moberger)

Though from my Earth Centrist perspective, bet I read it a little differently than most.

First off, seems to me this is another place an explicit examination of our terms: “us”, “our”, “subjective”, “objective”, “perspectives”, “self” and what we mean with them should be a prerequisite.

Achieving a more realistic understanding of our physical bodies with their many subsystems needed to communicate with each other in response to internal and external feedbacks helps us better appreciate the how & why of the various competing voices/impulses, we human possess.

By and by, an understanding makes it self evident - consciousness is all about an interaction between living organisms and their environments. This opens wonderful vistas upon the dynamics of our ego and behavior and it’s feedback loop with environment, it can also redefine the tensions between our body’s impulses and intentions and what our thinking/speaking consciousness wants, along with the origins of our morals.

From a physical, biological, evolutionary basis, it becomes apparent that our consciousness is the inside reflection of our body dealing with itself, and the situation it is embedded within, during that moment. That seems key to better self-awareness.

What does that have to do with “Truth”?

It shows us the physical truth of Earth’s four and half billion year old evolving stage.

What happens out in the cosmos is in our past, only here on Earth are we in the here and now.

It’s we humans who are transient visitors, actually created by Earth’s processes and destined to die back into Earth. We are the ones trying to make sense of ourselves and our awareness and the cascade of experiences, that is us, wrapped inside our particular body. We are not owed anything by Earth or the Universe, since we’ve already received the greatest gift: this moment as an introspective human being. What will you do with it? 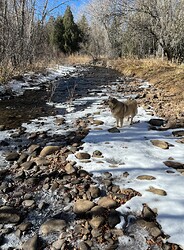 Will the universe disappear when all humans die? I don’t think so.
95% of all living organisms, including humans, have died and the universe is still here.

Will the universe disappear when all humans die? I don’t think so.

Allow me to rephrase that:
The universe & Earth will not disappear when all humans die.

Okay, the next step is to really really think through the consequences of that truth.

I say this, because in many ways that was my own key starting to point, for this personal investigation.

What I enjoyed about this article was not so much that it taught me anything new, not even new terms, but it put them together in a way that helps me see how some people misconstrue the truth about truth. We don’t know everything, that’s an easy one, and science doesn’t “prove” things, that’s used to confuse probability with possibility.

The sneakier one, and harder to recognize, is people making the psychological and moral claims that people interpret the world differently. This can be a simple “agree to disagree” way out of a conversation, or it can escalate to claiming “their truth” is just as valid as anyone else’s. They slip into the metaphysical claim, their first error, and are righteous about you not accepting their moral claim of interpretation. The problem is, they are not accepting your moral right when they do that. That never seems to occur to them.

It’s pretty much the definition of being reasonable, accepting that we all have different life experiences and need other ways of communicating when we find these differences.

The universe & Earth will not disappear when all humans die.

Okay, the next step is to really really think through the consequences of that truth.

The logical consequence of that truth is that when all humans die the universe will remain, but humans will disappear, just like thousand of other species.

There is a famous saying: “Reality is that which, when you stop believing in it, doesn’t go away.” ― Philip K. Dick, I Hope I Shall Arrive Soon

The logical consequence of that truth is that when all humans die the universe will remain, but humans will disappear, just like thousand of other species.

Now you are playing games with me.

Or making my point for me,
if that’s as deep as you take that question.