Fetterman vs Oz... It's Obvious

Anyone else following the media debate on Fetterman’s appearance in a debate this week? I’m in day 3 of a facebook discussion on the private “Braver Angels Leaders” page.

It started with an article/blog by a conservative, claiming that the liberal media tried to cover up his incompetency. I tried to discuss the science of strokes and recovery but he kept saying that it’s “obvious” that the guy is not qualified and he knows this by what he “sees and hears”.

It took me a little bit, because it’s hard to google the bad communication that is happening there, but then I found “Appeal to Common Sense” is in lists of logical fallacy. I don’t like pointing those, because it tends to trigger the cognitive bias, but I’ve tried a lot of other approaches and I’m not getting through.

Here’s the article I linked 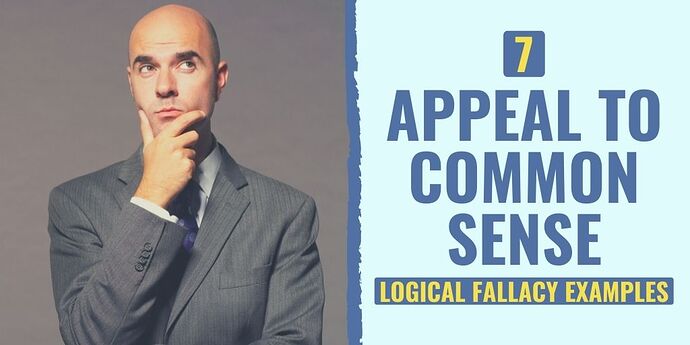 When you’re trying to make an argument for (or against) something, you need to construct a claim to get your listeners to believe what you’re saying. And there are few better ways to do this than to say something that your listeners already believe...

I thought it both comprehensive, and fairly mild in its approach.

I think the problem is, when I said I used science to understand how to evaluate John Fetterman, that drove him into defensiveness, as if I said “science makes me right, and smarter than you, and generally a better person, and you are bad, and your mother dresses you funny”.

This led me down the road of more Braver Angels stuff, and this podcast is a good solution to the above problem. 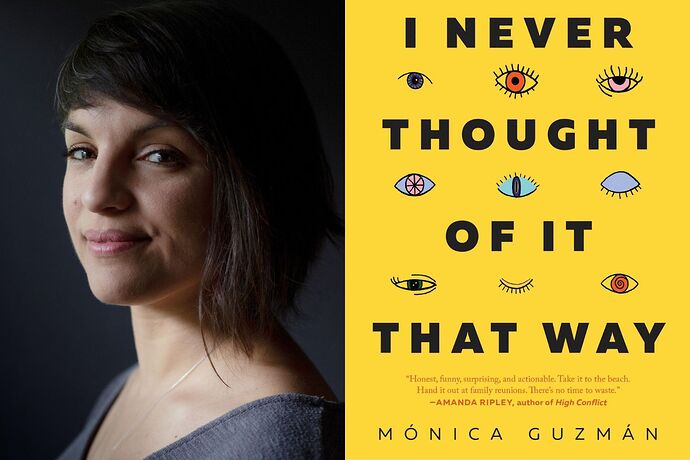 What Curiosity Can Teach Us | Monica Guzman with Ciaran O’Connor  -...

How can we get more curious, together, as a nation in crisis?

She says The tragic assumption is, if someone is opposed to something I support, they must hate something I love. We are surrounded by people who are politically different than us, and with that assumption, it’s easy to assume the world is evil.

So, if I don’t accept their lack of logic, and instead ask for evidence, then I must think they are wrong or stupid and that I am tearing at the fabric of society. Usually, people don’t want to discuss whether their logic is sound or if they have the data to back up their off-hand comment, instead their happy saying it’s “obvious”, and the easy response to that is saying they are being jerks.

Fetterman the fake leftist struggled to explain his change in position from 2018 when he said, “I don’t support fracking at all. I never have,” to his current position of supporting it unconditionally.

I finally had to categorically state that I knew what “common sense” and didn’t need to discuss the nuances of that anymore, so he returned to his rant, starting with “How can anyone possibly get that wrong?” It’s hard to imagine what’s going on in his head.

Okay, @ruleswithouttrulers, at least that’s about an issue, not some illogic about his stroke recovery.

I realize I’m talking to myself here. I started the thread as a document of this conversation I had. I’d hoped for some more insight. What I came up with is a list of the ways that people respond (react) when I cite research. Whether it’s about communicating with psychic aliens or some political question, any of these can fit.

I’m acting as if I know better

I’m appealing to authority. This can be done correctly, or not

I don’t value common sense, intuition, what I see with my own eyes, what’s obvious

I don’t trust the observer or the reporter

I don’t have the same intuitive, common sense, ability to see it myself, powers as they do

I wasn’t raised with the correct values

I’m not connected to the divine like they are

saying that; asking for evidence doesn’t make something NOT common sense. (If I did that, I think that would be the “argument from” fallacy, which is a special case of “denying the antecedent”).

Just generally get agitated because they don’t have time to explain why my science is wrong or their point of view is right.

Fetterman the fake leftist struggled to explain his change in position from 2018 when he said, “I don’t support fracking at all. I never have,” to his current position of supporting it unconditionally.

Undoubtedly you support fracking, so what is your problem, lodging a false argument?

Lausten - I think you have to consider how it is that basically good people can unwaveringly support someone who in any other walk of life they would hate. And IMHO I think it boils down to the fact that Trumps stupidity and immorality is actually a positive for them, in this sense - it makes them feel better about themselves. Think of it - you’re an uneducated white guy and along come this smooth talking incredibly smart black guy (Obama). That makes you feel like a real loser, especially since he was black. Clinton was the same just not black. Then along comes a guy who talks like you, acts like you, and guess what? That makes you feel better about the fact that you’re a loser too… maybe I’m NOT such a loser afterall.

I think it’s that simple. So when you present any info to them at all, you’re just another elitist intellectual. When you act like an idiot…ah I can relate to that.

That’s how they approach Trump and his ilk, IMO.

Are MAGAts coming out of the woodworks? At least this post makes some sense.

Yes, Trump’s favorite crowd, also known as the “basket of despicables” are coming out for Halloween.
Unfortunately, they are not playing a game when they threaten “trick or treat”. You give what they demand or they’ll break your knee-caps!!!

I questioned his pledge of allegiance to Israel some time ago. How can you be an underdog champion and vow to support apartheid? The unconditional fracking support (of poisoning the lower classes to hurt Russia and make the F Fuel industry wealthier) while we destroy the planet, was the fecal icing on top of the cake.

There are bad choices and worse choices, which really means no choice.

Questioning candidates without saying anything about the opposition is a strategy to get people to stay away from the poles. This generally favors Republicans

I questioned his pledge of allegiance to Israel some time ago.

Who pledge their allegiance to Israel?

How can you be an underdog champion and vow to support apartheid?

Israel doesn’t have apartheid. Not sure what you’re talking about.

The unconditional fracking support (of poisoning the lower classes to hurt Russia and make the F Fuel industry wealthier) while we destroy the planet, was the fecal icing on top of the cake.

Yes the dotard attempted to continue fracking. Still not sure what you’re talking about.

So when you present any info to them at all, you’re just another elitist intellectual

To me, its common sense to look things up. I learned it in grade school. It was encyclopedias then, but the skill is the same. Obviously you check with people who know more on a topic than you do. You don’t let a news guy tell you what’s true. Duh.

A little sarcasm there, to make the point.

Ya that’s you, an elitist intellectual snob. Me too, I want to know what’s what first. But believe me, most of these folks it’s just not that way. They were raised differently (not worse or bad, just different).