Considering the Flag of Treason

There is so much empty headed fantasy thinking going on, such as suggesting that in 2020 we should revert to insular tribalism and the sort of separation of peoples that existed in the time before The White Man conquered the global with its Me First economic plans - never taking into account all that has changed since then. Plus totally ignoring reasons for why things happen. I’d suggestion that an inability to think past one’s own self-interest is the hall mark of trumpsters. What’s so idiotic is that we depend on each other. 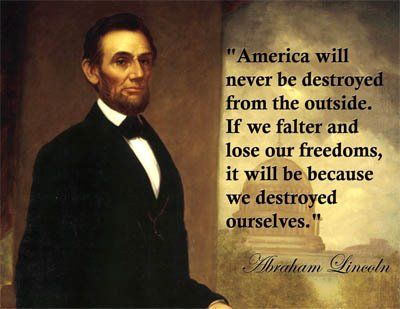 Seems to me first the whites spend centuries filling this country with workers where ever they could find them. Proclaiming USA, the great humanistic experiment, the Great Melting Pot of human races - never considering potential or inevitable consequences. Now when we are faced with the inevitable consequences of too many people, all greedy for more, too crowded, coupled with our shortsightedness and disregarding for considering future trends, disregard for future maintenance needs, disregard for learning from our mistakes, disregard for nurturing civility between people, only profiteering matters to the leaders of today* - they pretend all else must be ignored and that it’s okay to blame those who believed in America’s Promise. So bizarre, so self-destructive. Hey guy, sree, here’s one for your tribe to think about:

No patriotic American should brandish or proudly celebrate the iconography of a rebellion that resulted in tremendous devastation, the loss of more than 620,000 American lives, and the continued subjugation of Black America.

All the while glibly ignoring the core reality that Earth can only sustain so many people or her biosphere will be destroyed piecemeal to the point that she can no longer sustain any humans. But, no one is allowed to focus on that aspect. Probably because the obvious outcomes are becoming so much more palatable with everyday and once you see it, the future is too depressing to consider and our souls get sapped of hope and will - so ignore we must. But, that’s simply make that future so much uglier, so much faster. Since in the end Earth’s Physical Reality is just that, reality. As opposed to all the self-serving rhetoric, what-ifs, and pipe-dreams that our florid Mindscapes are capable of.

Willful ignorance, proud stupidity and disregard for others in the name of Me First, the soil that nurtures trumpsterism . . . . . . .

It’s tragic. No I don’t hate red-necks, count some as friends, but the stupidity they believe in, that I can hate because of all the horrors it promises for ALL of us.

Well there are some:

Secretary of Defense Mark Esper sought to distance the military Wednesday from President Trump’s use of National Guard troops to clear peaceful protesters outside the White House – but repeated false claims about the outrageous operation.
The Pentagon chief insisted he wants to keep the military out of politics and claimed he did not order the protesters to be forced away from St. John’s Church so Trump could pose for a photo op Monday night

“My aim is to keep the department out of politics and to stay apolitical,” Esper told reporters at the Pentagon. “Sometimes I’m successful at doing that. And sometimes I’m not.”
Esper also rebuked Trump for suggesting that he will invoke a 19th-century law to order the U.S. military into the streets of protest-riven American cities.

“I don’t support invoking the Insurrection Act,” Esper said.
Significantly, Michael Millie, the head of the Joint Chiefs of Staff, did not join Esper to address reporters. CNN reported that Millie was embarrassed by the military’s role in the church photo op. …

Speaking of the Flag of Treason there’s Barr. Big enabler that one.

Washington (CNN)Attorney General William Barr on Monday evening ordered authorities to clear a crowd of protesters that had gathered near the White House, according to a Justice Department official, minutes ahead of President Donald Trump’s televised address from the Rose Garden.
Barr and other top officials from agencies responsible for securing the White House had previously planned to secure a wider perimeter around Lafayette Square, a federally owned green space just north of the building, in response to fires and destruction caused by protestors on Sunday night.
That plan, developed earlier Monday, would have cleared the area later used for the President’s walk to the nearby St. John’s Episcopal Church for a photo-op by 4 p.m. ET, the official said.
But it never happened. When Barr arrived at Lafayette Square just after 6 p.m. in a scene that was captured on news cameras and elicited heckles from the large, peaceful crowd, the attorney general saw that the area had not been emptied, and told police to clear the area, the official said.

If federal law enforcement was met with resistance by the protesters, crowd control measures should be implemented, Barr had said, according to the official.
The Washington Post first reported Barr’s direct involvement.
Barr had been told that police believed protestors were gathering rocks to throw at law enforcement, and while he was in the park, water bottles were thrown in his direction, the official said. CNN did not witness any water bottles being thrown at the attorney general. Camera footage shows him standing and watching the crowd for several minutes, flanked by a security detail and two senior department officials. …

That pictured quote of Lincoln’s is VERY timely.

“If we falter and lose our freedoms, it will be because we destroyed ourselves.” Honest Abe

Some say, “Don’t worry. It will never happen.” They must lack the imagination, or the analytic capacity, or the motivation, to perceive what is becoming more and more likely under the “leadership” of the T rump. We are smack dab in the middle of a DIVIDED nation. We are not really the “United” States under this real “enemy of the people”, the divider in chief, the T rump.

And we are smack dab in the middle of unemployment that may exceed that in the Great Depression.

And smack dab in the middle of a Pandemic, that the T rump has no hope of getting his head around.

And smack dab in the middle of a nationwide crisis about police brutality, which the T rump responds to by multiplying the occasion for authoritarian abuse, exponentially, by his intent and actions to dominate the public with militarized police forces.

We are in severe danger, I think, from within. And by “within” I mean the traitorous ideals of the T rump. And by “ideals” of the T rump, I mean anything that crosses his whimsical, impulsive, mind, at any given moment, that he thinks might help keep him in power, without regard to any higher ideals and without regard for the law, as he has put himself above the law.

I don’t know what the “Flag of Treason” looks like, but if I were designing it, it would unfortunately, have the fat ugly droopy orange face of the T rump in the middle, on a field of black. (Black symbolizing that one African American guy that attends all of the Maga rallies.)

In addition to being the flag of treason, it could work well as a Halloween decoration.

Oh. You meant the Confederate Flag was the “flag of treason”. Thirteen unlucky stars on a blue “X” on a field of red. Yes, that is an old example of a flag of treason, that is still in vogue with the whites who still, consciously or unconsciously want to preserve the perpetually lingering vestiges of slavery in America.

But the treason that I see, today, goes well beyond the systemic injustices that continue against minorities and the poor. It now includes a vast undermining of reality, that seems to me is best metaphorically summed up by an image of the head RepugLIAR, the T rump.

But, but times change. I’ve spent my life listened to supposedly educated people of every stripe dismissing Thomas Malthus by focusing on the more unsavory aspects of his think, let the poor starve so we don’t make more poor people, hey we invented fertilizer, imagine the possiblities ever more soldiers and bigger wars to win.

Have you familiarized yourself with what Gates is saying these days? It has been twisted into conspiracy theories because he uses the words "getting population under control". Take that out of context and you get anti-vaxxers. What Malthus didn't know is that when you improve living conditions, human beings have less babies, they focus on the few that they have and maintain a just and peaceful world for them. That means, not letting the poor starve. You make less poor people by sharing your knowledge and philosophy of compassion with everyone.

Fertilizer, kept to the major powers that stole the fertile land from earlier poor people, creates surpluses that are then dumped on currently poor people, destroying what little infrastructure they have to produce their own food. We call this charity.

Not that outside forces might not be doing all they can to help Americans destroy our government. Enter the Republican Party al a Gingrich, oligarch driven brainwashing people with fear and loathing and hostility - divide and conquer

The wheels of justice might be moving too slowly considering Russia seems to be redoubling their efforts to fool the foolish.

Speaking of more of the same, here’s another curious news report.

In a story that has remained somewhat under the radar screen, AFTER Trump lost the election, he arranged to install loyalists at the Pentagon and the National Security Agency for reasons that have no obvious connection to our nation’s security. Here is the sequence of events that led to the installation and almost immediate suspension of Devin Nunes’s former Chief Counsel, 35-year-old Michael Ellis, as the NSA’s top lawyer. We need to know from the Biden administration what it has found inside the government agencies Trump decimated.

The director of the National Security Agency on Wednesday put the agency’s top lawyer on administrative leave days after the Pentagon ordered the installation of the ex-GOP operative in the job, according to a U.S. official familiar with the matter.

Gen. Paul Nakasone, the NSA director, placed Michael Ellis, a former Trump White House official, on leave pending an inquiry by the Pentagon inspector general into the circumstances of his selection as NSA general counsel, said the official, who spoke on the condition of anonymity because of the matter’s sensitivity.
Nakasone took the action on the day Joe Biden was inaugurated as president. …

… Critics pointed to Ellis’s lack of experience in running a large legal team and noted he had graduated from Yale Law School only a decade earlier. He had been selected over two other finalists, both of whom had more experience as intelligence agency lawyers. One was the acting NSA general counsel; the other was acting general counsel at the Office of the Director of National Intelligence.
Ellis joined the Trump White House in early 2017, becoming a lawyer on the National Security Council. Before that, he was chief counsel to Rep. Devin Nunes (R-Calif.), a staunch Trump supporter who at the time was chairman of the House Intelligence Committee.
Republicans decried the criticism of Ellis as politically motivated, and last month they demanded an inspector general probe of Nakasone’s decision to place Ellis on leave. …